BTS has released a timeline to describe the BTS Festa 2021 Schedule deeply to the Armys. Festa, which is a yearly event organized by the septet, will happen on June 13, their debut anniversary. Earlier, the band announced a 2-day online event. However, now they have released a complete schedule for the Festa. The South Korean Kpop sensation is surprising the Army every day. Just yesterday, they dropped the hotter remix version of their new digital single, Butter. And now, we have another event to set our reminders for. The activities will begin on June 2 and will continue till June 14.

The Festa is an event held for BTS and its fans. Every year, the boyband celebrates the biggest day of their career with all their fans. Everyone knows that BTS always comes up with new surprises for thier fans. Also, they always make sure to make them feel that they are the best fandom in the world. Since thier debut, they have celebrated thier debut anniversary with the fans. And the same will continue in 2021. 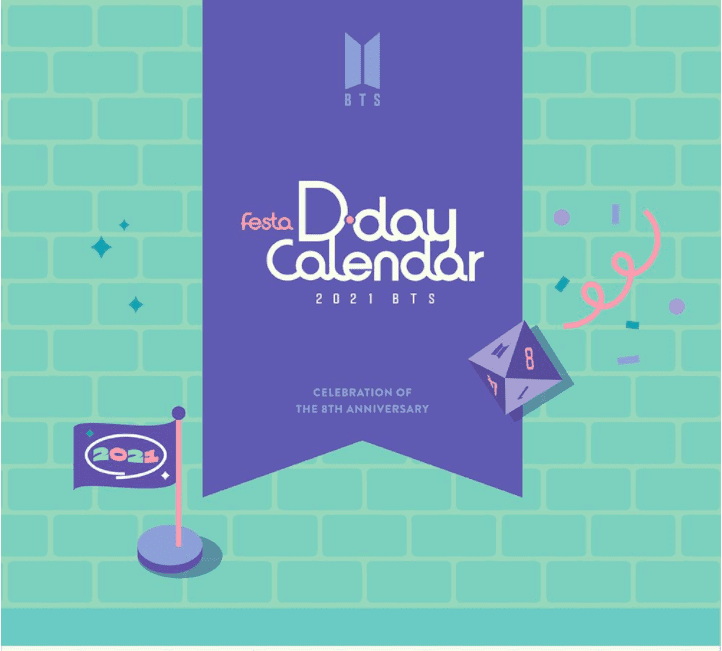 BTS Festa 2021 schedule contains all the details of what Armys can expect in the first week of June. This time, the boys decided to use a game board design to mention all the events. “Muster” (Their keyword for fan meet) will follow up straight away.

As we mentioned, the activities will begin on June 2, 2021. The first day is the opening ceremony. The Armys are excited to know if they will witness the Boys performing any songs or a live chat. The Opening Ceremony will be followed by the 2021 BTS Profile, which will take place on June 3. 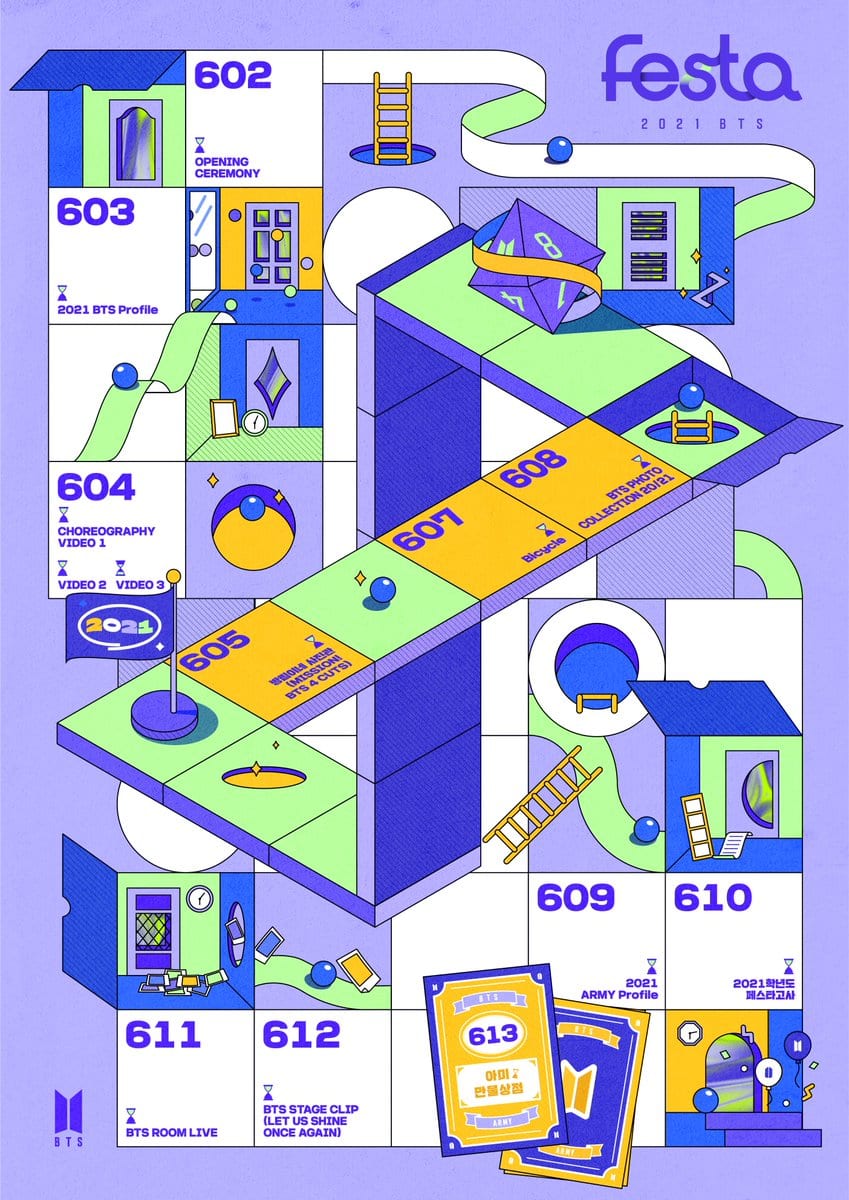 Next in line, we have Choreography Video. Not just one. But three videos will come out on June 4th. Later, on June 5, the event is labeled as “BTS Cuts.” Maybe, the fans will get new BTS shots, which are exclusively prepared for the Festa 2021. Nothing is on the list for June 6. So, let’s consider it as a break.

The event will continue on June 7, which is labeled as “Bicycle.” We have no idea exactly what it will be about. However, Armys online have multiple theory, and one of them could be true. Members Jin and Namjoon earlier hinted that the duo goes on cycling together. This gave the Armys a benefit of the doubt, which led them to think that they can expect a cute little Bicycle adventure. On June 8, BTS Photo Collection 2021 will drop. And the next day the “Army Profile” will be updated. On June 10, 2021, there will be the “2021 Festa Examination.” Will there be a test to find out who is the biggest fan? Well, we are Just Kidding.

On 11 June, there will be BTS Room Live, which the fans are expecting to be a group live with the fans. June 12th is booked for BTS Stage Clip (Let’s Shine Once Again). We are excited the most for the 12th (And also the other days, of course). On 13 and 14 June, BTS is organizing a Muster. Undoubtedly, we are excited.

Muster is the term BTS use for thier fan meetings. Each year, they celebrate it with Armys. However, last year they could not, because of the pandemic. But, in 2021,  it will be held online on June 13 and 14. Previously, the boys announced that on 14 June, they have prepared a concert for the fans. You can get all the updates here.

BTS SOWOOZOO: Everything to know About the 2021 Muster Event

Currently, the boys are busy with interviews and uncountable events they are attending to promote thier new English single, Butter. Thier new digital song is topping all the charts with its popularity. It is the biggest opener on Youtube, with 110 million views in the first 24 hours. Also, it made the biggest debut on Spotify, with 11 million streams in the first 24 hours. 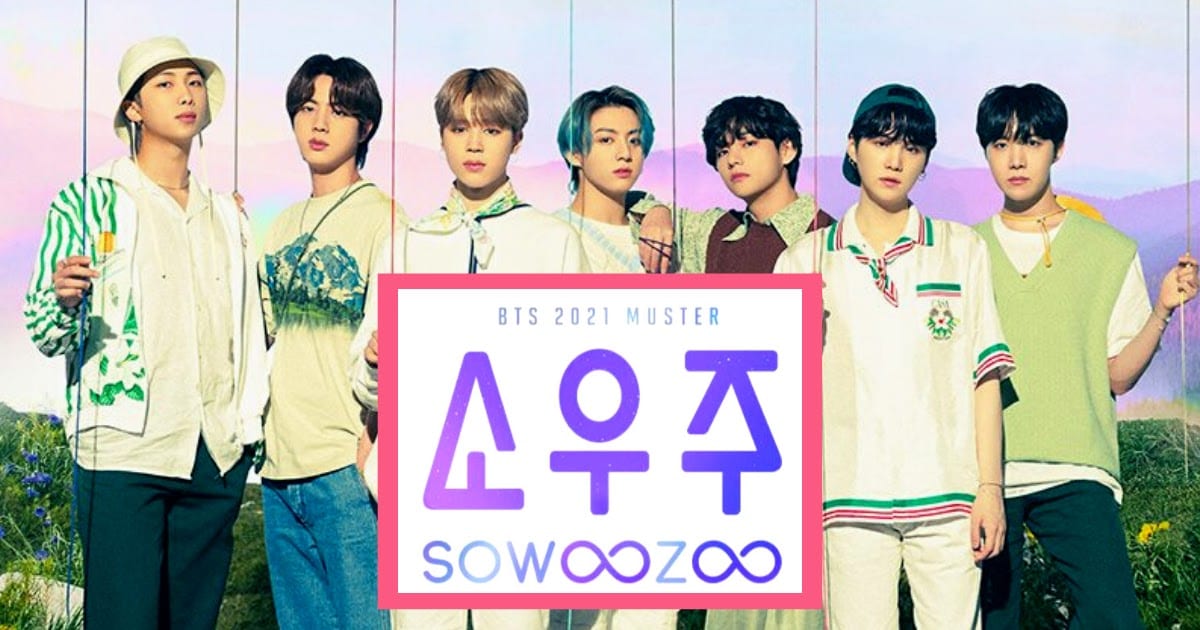 Undoubtedly, no one is doing like BTS. In 2020, the band achieved success with thier two mega-hit albums, Map Of The Soul: 7 & BE. They also released “Dynamite” last year, which became thier top hit, only to be replaced by Butter in 2021. There are still many records waiting to be broken by Butter. Until then, keep reading and stay tuned!