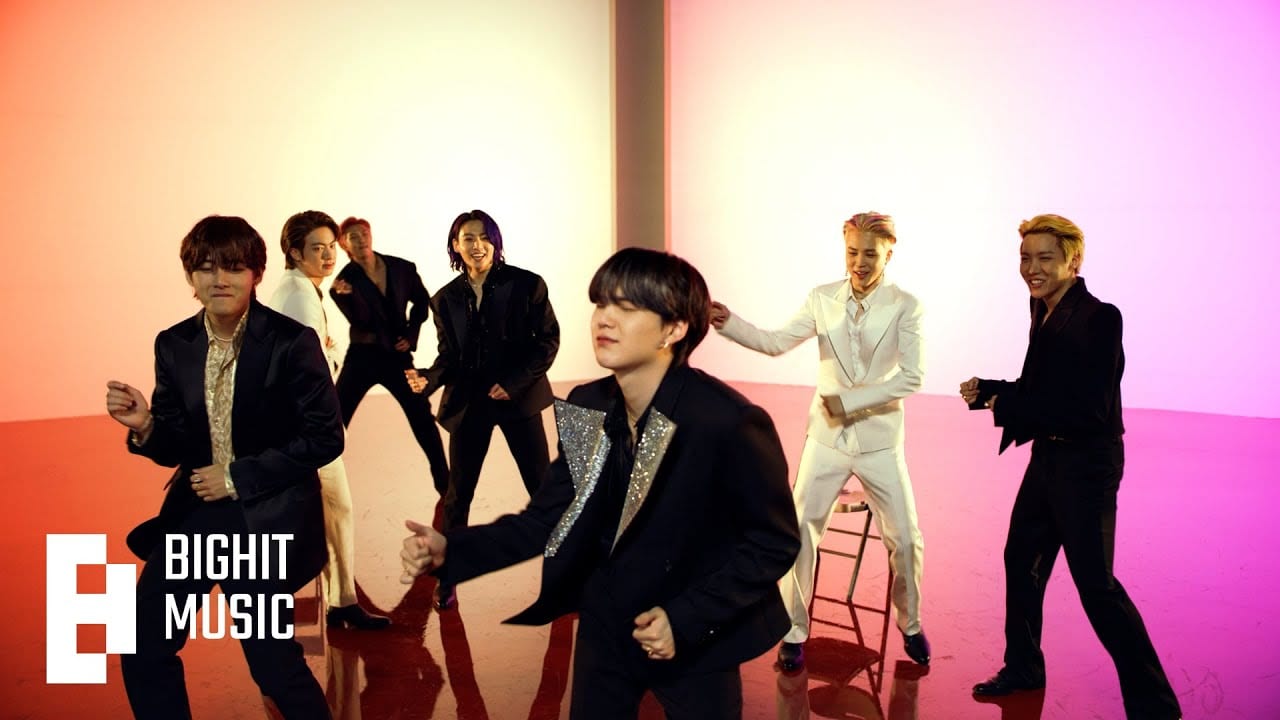 As if Butter wasn’t enough, BTS dropped another version of it, BTS Butter Hotter Remix. To give Army more ways to enjoy the diversity of their music, BTS decided to release a hotter version. Moreover, the septet released individual “Butter Hotter Version” shots on their Social Media Accounts. Undoubtedly, the Army (fandom name) could not keep calm. On May 28, BTS announced that they will be releasing another version of their new English single, Butter. Armys, who thought that it will be a “Hotter” version, got the goofy and a fun side of the Boys. Thus, make sure to check out BTS’s Butter Hotter remix.

The boys definitely looked Hotter and adorable in the new video. BTS’s seven members also channeled their inner dopey sides as they sang and danced for the video. The excitement begins on May 28 at midnight KST, when BTS announced the unexpected version. Also, they uploaded a bunch of teaser photos for the Butter (Hotter) Remix. 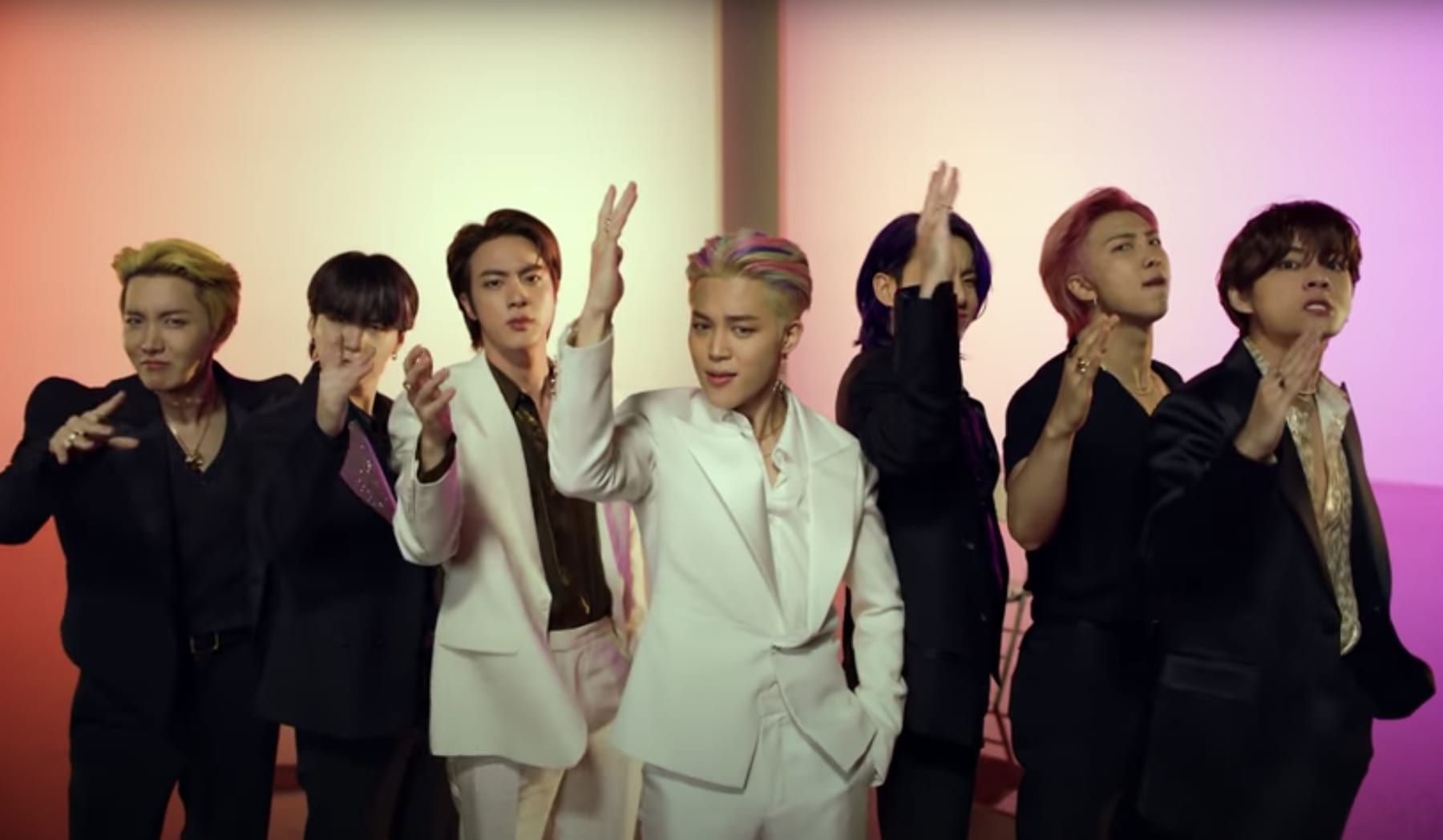 BTS members posed in the same outfits from the original MV of Butter. And without a doubt, all of them looked hot and charming. Thier second English single, Butter, which came out a week ago on May 21, is an instant hit. It broke several records across Youtube and Spotify.

Butter MV holds the title of the most-watched video in the first 24 hours of release on Youtube, with a smacking number of 110 million viewers. As for Spotify, the single broke the record of the most-streamed song globally in the first 24 hours. With 11,042,335 global streams, it beat Ed Sheeran and Justin Bieber’s “I Don’t Care” by 64,946 streams.

BTS and its members never fail to surprise the Armys. Sometimes they release unscheduled solo singles, and sometimes they launch a whole meal for them. Currently, Armys all around the world is not only enjoying the hot nuggets from the BTS meal but also Butter’s hotter remix version.

While announcing the project only 12 hours ago, Big Hit shared a sweet message for the fans. Big Hit Music (now HYBE Entertainment) thanked the fans for their love and support for the new digital single. Further, they mentioned that they want to provide a diverse way for Amry to enjoy BTS’s music. Hence, they are releasing Butter’s remix version.

Following the news, the teaser pictures started dropping on the internet. Big Hit described the series of shots as “delightfully different from the original song’s bright and lively mood.” Also, they wrote that  ‘Butter (Hotter Remix)’ new take on BTS’s unique charm will fill [fans’] day with sizzling energy. 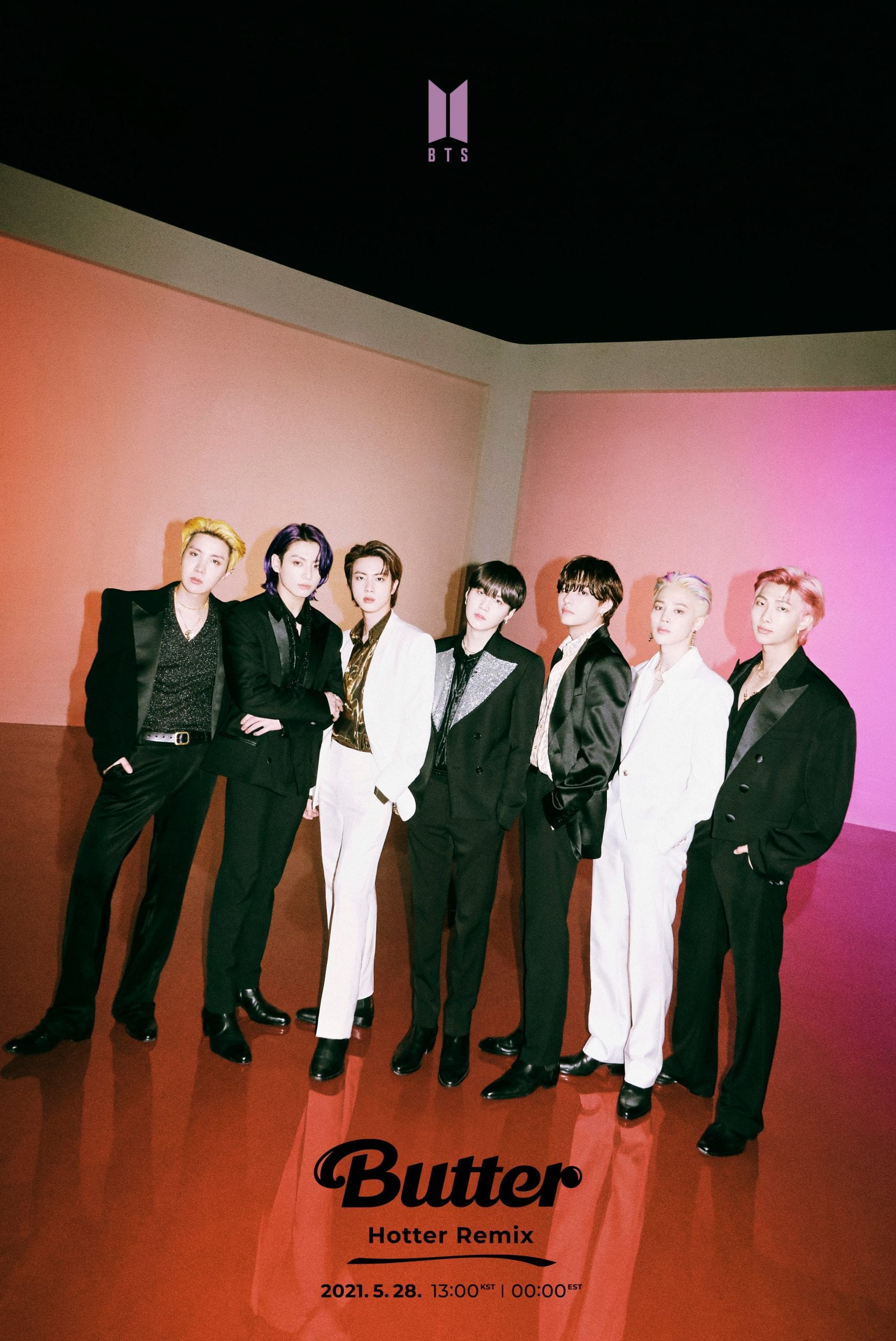 Indeed, they were different. The boys were seen rocking the shiny suits from the MV as they posed for the picture. A group picture of the members was also released. On May 28 at 1:00 pm KST, the ‘BTS Butter Hotter Remix’ was available for everyone to watch on Youtube.

The music was funky as the members crooned the lyrics perfectly. It was upbeat than the original, and surely a more fun takes on “Butter.” The video definitely presented an inimitable side of the boys as they freestyle and played with the camera. We also got the iconic “Jimin and Chair” scene, where the group’s vocalist, Jimin, fell from the chair. It’s definitely his thing.

In short, it’s a unique and thoughtful surprise gift from the band to their fans. In a tough time like this, BTS always finds ways to cheer up their fans. And they did it again.

Check out the new Hotter version down below:

It will not be an overstatement to say that BTS is the biggest boyband on the planet. The statement is accepted by many around the globe. Hailing from South Korea, BTS made its debut in 2013 through a small company, Big Hit Entertainment. Once what was known as a small group from a small company have now become the best and biggest boyband in thier country and oversees.

With more than 20 million albums sold, multiple #1’s on various music charts, and with one of the biggest fandoms, BTS proved that they can do anything. They recently took home four BBMA trophies for “Top Social Artist (5 years in a row),” “Top Selling Song,” “Top  Duo/ Group,” and “Top Song Sales Artist.”

BTS At The Billboard Music Awards 2021, What Happened?