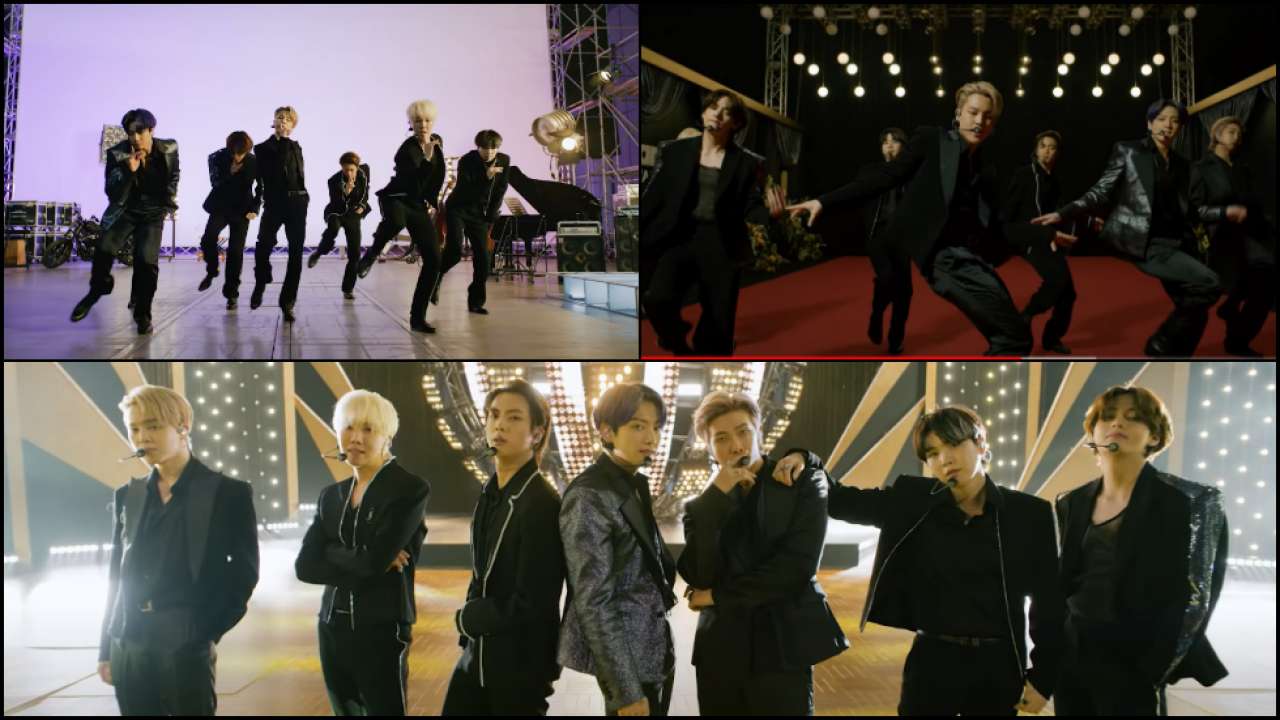 BTS At The Billboard Music Awards 2021

One of the biggest awards shows in the world of music – the Billboard Music Awards for 2021 was just concluded. The BBMAs 2021, as they are also known, were held at the Microsoft Theatre in Los Angeles, California. One of the biggest musical acts in the world – the seven-piece South Korean act – BTS was one of the performers. The band was also one of the top contenders in some of the major categories. It was their first all-English record-breaking single – Dynamite, that was nominated. Read on to find out more about all the awards that BTS won at the Billboard Music Awards 2021.

Before we proceed to the awards, let us also tell you that BTS debuted their first Butter performance at the BBMAs. Butter is BTS’ second all-English single that was just released last Friday – 21st May 2021. The Butter music video on YouTube reached 100 million views in 21 hours, breaking the band’s own record of the most viewed music video in 24 hours. It was previously held by Dynamite. By the 21 hour mark, Butter had 113 million views on YouTube, becoming the first-ever video to achieve this feat. At this point, BTS’ achievements no longer come as a surprise to the world. The boys are always on the news, it’s either them breaking a record, setting a new one, or just being their endearing selves on social media.

BTS At The Billboard Music Awards 2021

BTS was nominated for Top Social Artist, Top Duo/Group, Top Song Sales Artist, and Top Selling Song. While the first three categories were announced in the pre-show, the fourth one – Top Selling Song was announced in the main ceremony. You will not be surprised to hear that BTS won all the awards that they were nominated for at the Billboard Music Awards 2021. That’s right – BTS won Top Social Artist, a fan-voted category award for the fifth time in a row. They have been winning it since 2017. Previously, Justin Bieber had won this category for 6 consecutive years. But BTS has held the position for five years now, and it doesn’t look like any other artist can overthrow them any soon. After all, ARMY is the biggest fandom in the world now. Even BTS knows how their fans have always got their back. After all, they sing in Butter – Got ARMY behind us.

Coming to the other categories, Dynamite was not just BTS’ biggest song to date, but it actually was one of the biggest records of last year. Dynamite had a massive Billboard Hot 100 No. 1 debut a week after release in August last year. This was for the charts dated September 5th, 2020. In fact, the song was in the Top 10 for a very long time. And Dynamite was always top 10 in the Billboard Charts, excluding the US charts. BTS’ song did not have any major radio plays in the US last year, yet the band achieved this feat. Hence, winning the Top Song Sales Artist and Top Selling Song awards was very meaningful for the band. It was also their first time being nominated in these categories.

The band was nominated for Top Duo/Group for the 3rd time at the BBMAs 2021. Previously, they had also won an award in this category in 2019 when they were nominated for the first time ever. In 2020 however, this award was won by the Jonas Brothers. It didn’t come as a surprise that BTS won it again this year. Interestingly, their song Dynamite also earned the boys their first Grammy nomination in a major category in 2021. BTS has been attending the Grammys since 2019, where they were nominated for Best Recording Package. They also presented an award that year. In 2020, BTS was a part of Lil Nas X’s Old Town Road stage at the Grammys. They sang their leader RM’s rendition of the song – Seoul Town Road. In the Grammys 2021, BTS had their own stage where they performed Dynamite from Seoul. It was an unforgettable performance.

BTS’ Butter performance at the Billboard Music Awards of 2021 will also forever be iconic. This seems to be the start of a new era for the boys, and we are very excited to see what they have in store for us. Stay tuned to this page for more details.