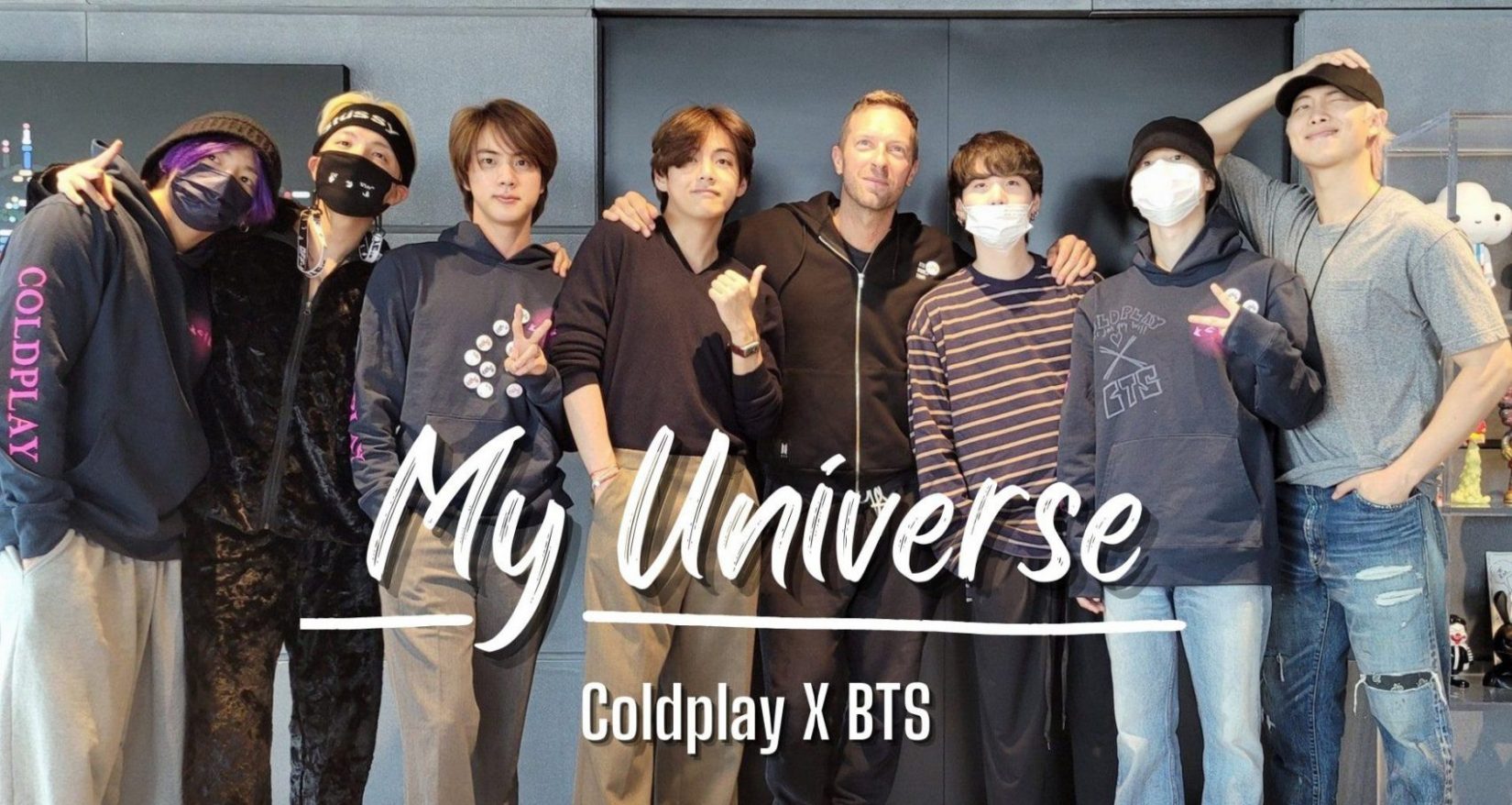 BTS and Coldplay’s ‘My Universe’ debuts as a best-selling single on the UK’s Official Chart this week! The long-waited collaboration between BTS and Coldplay ‘My Universe’ was released on 24 September 2021. The song made it on the trending list as soon as it dropped. Of course, the journey was not easy. However, BTS and Coldplay have earned it successfully, ranking at the top on numerous official charts. Their beautiful journey with Coldplay’s frontman, Chris Martin, is shown in the behind-the-scenes documentary Inside ‘My Universe,’ which dropped after the single was released.

It has been only a few days but, ‘My Universe’ has already made it to the highest ranking on various charts. It shows how many fans were waiting for this beautiful collaboration single. The news of BTS and Coldplay’s ‘My Universe’ becoming the best-selling single of the week on the UK’s Official Chart (which is equivalent to the US’s Billboard Chart) is spreading like wildfire on the internet. The single has even secured the first position on Single Sales Chart Top 100 and Single Download Chart Top 100. Besides UK Charts, it has also made it on Irish Singles Chart and Oricon’s Weekly Singles Chart in Japan. ‘My Universe’ will be covered in Coldplay’s 9th album ‘Music of The Spheres,’ which will be released on 15 October 2021.

Finally, BTS and Coldplay’s ‘My Universe’ has ranked on one of the top positions as a best-selling single on the UK’s official chart this week! They have proven there is no end to the BTS era yet. According to sources, ‘My Universe’ BTS and Coldplay’s collaborations song showed an extraordinary debut on various UK’s Official Charts. Those music charts hold the same importance as the US’s Billboard Chart.

On 1 October 2021 (local time), BTS and Coldplay’s ‘My Universe’ debuted on Rank No. 3 on the Official Singles Chart Top 100 for the week of 1 October to 7 October. That makes ‘My Universe’ this week’s most leading new entry. The song has also become a huge success in the UK music industry. The UK Official Chart composes about 50 charts, including albums and singles. At the same time, single chart ranking is based on album sales, music downloads, and streaming counting.

This is not the end! BTS and Coldplay’s ‘My Universe’ even goes out to secure the fifteenth position on the Irish Singles Chart Top 50 and 23rd position on the Official Singles Audio Streaming Chart Top 100. It ranked at the top on the Weekly Digital Singles Ranking on the latest Japanese Oricon Charts. The single was also made at Rank No. 3 on Spotify Global Top 200 on its release day. Check out BTS and Coldplay’s Insider ‘My Universe’ behind the scene documentary with English Subtitles below!

A big congratulation to BTS and Coldplay for this super hit collaboration song ‘My Universe’. Once again, ARMYs have proven their love for BTS. It is another remarkable imprint BTS has left on music history. From 2013 till date, BTS has been through numerous ups and downs to be where they are now. They have become the brightest star in the universe! ‘My Universe’ is another new title added to the long list of BTS super hits. The journey does not end here. We still have a long to go. One of the biggest strengths for any kpop group is their fans. So ARMYs, keep supporting BTS and join us on such a beautifully remarkable adventure!