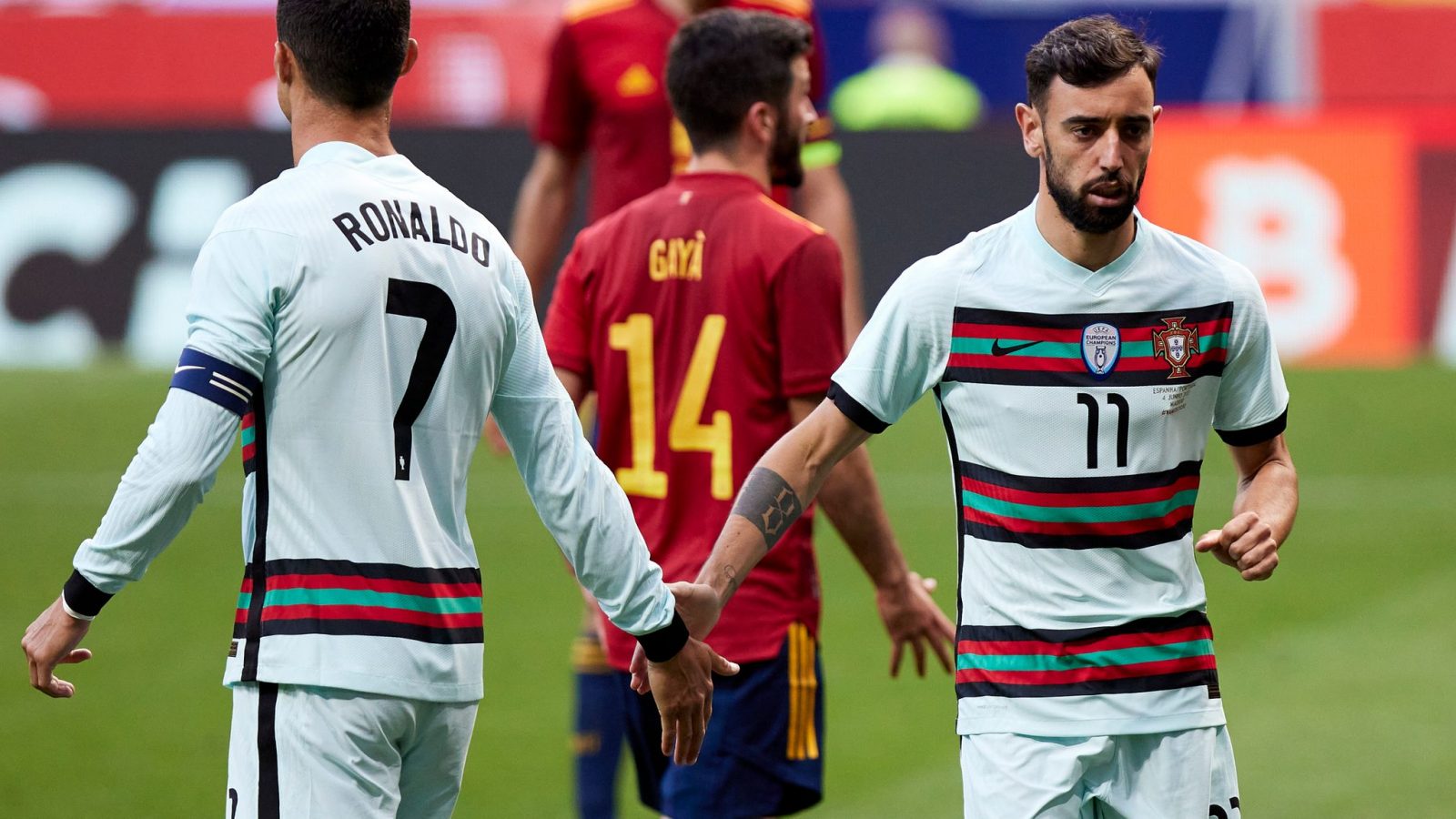 Bruno Fernandes & Cristiano Ronaldo have linked up as they start playing on club and country levels together. Football is the most popular sport in the world, and big names draw in even more fans. The biggest of the biggest football stars have been on the move this season. This is headlined by Lionel Messi finally moving to PSG from Barcelona after 17 years of glorifying football to Cristiano Ronaldo returning to his boyhood club Manchester United. The 2021/22 transfer market season is arguably the biggest in the sport’s history.  This was nothing short of a dream for every fan out there to watch the two greatest players of this decade be a part of the same transfer market.

In this article, we’ll take a look at Cristiano Ronaldo’s long-standing relationship with Manchester United. Ronaldo, who was born on 5 February 1985, is the captain of the Portugal national team. He is frequently regarded as the best player in the world and one of the all-time greats. Ronaldo, even at the age of 36, shows no signs of slowing down. His statistics and accomplishments demonstrate why he will go down in history as one of the best players ever to play the game. With over 100 international goals, he is also the all-time leading international goalscorer. And his move to Manchester United brought him closer to his Portugal teammate and midfield maestro, Bruno Fernandes.

On 31 August 2021, the internet broke when Manchester United confirmed the homecoming of Ronaldo. This was a deal with Juventus for an initial transfer fee of about $18 million with a potential $8 million in add ons on a 2-year contract. Reports suggested that Ronaldo was on the move to Manchester City. It was Sir Alex Ferguson who swooped in last minute to contact Ronaldo and change his mind. He was willing to make a dream return to the Theatre of Dreams, Old Trafford. Ronaldo was reportedly persuaded to return to Manchester United after receiving calls and messages from Sir Alex Ferguson, Bruno Fernandes, and former United players. It was only a matter of time after that before the Portuguese captain decided to return to United.

Paul Pogba and Bruno Fernandes will be able to ping balls to one of football’s all-time great goal scorers. Due to Ronaldo’s freekick and penalty duties, Fernandes will see fewer goals this season, but their assist totals are expected to rise. Fans are looking forward to seeing Bruno’s vision combined with Ronaldo’s finishing. On the field, the success or failure of the relationship between Fernandes and Ronaldo will undoubtedly be a major factor in Manchester United’s season success.

The strange thing is that, despite their mutual respect and the fact that they are international teammates playing in positions that should complement one another, their relationship has failed to ignite on the pitch on an international level. During qualifying for the European Championship, the pair combined for 12 of Portugal’s 22 goals, with Ronaldo scoring 11 and Fernandes one. However, the two men did not score a goal together. Both of Fernandes’ assists were for other players. 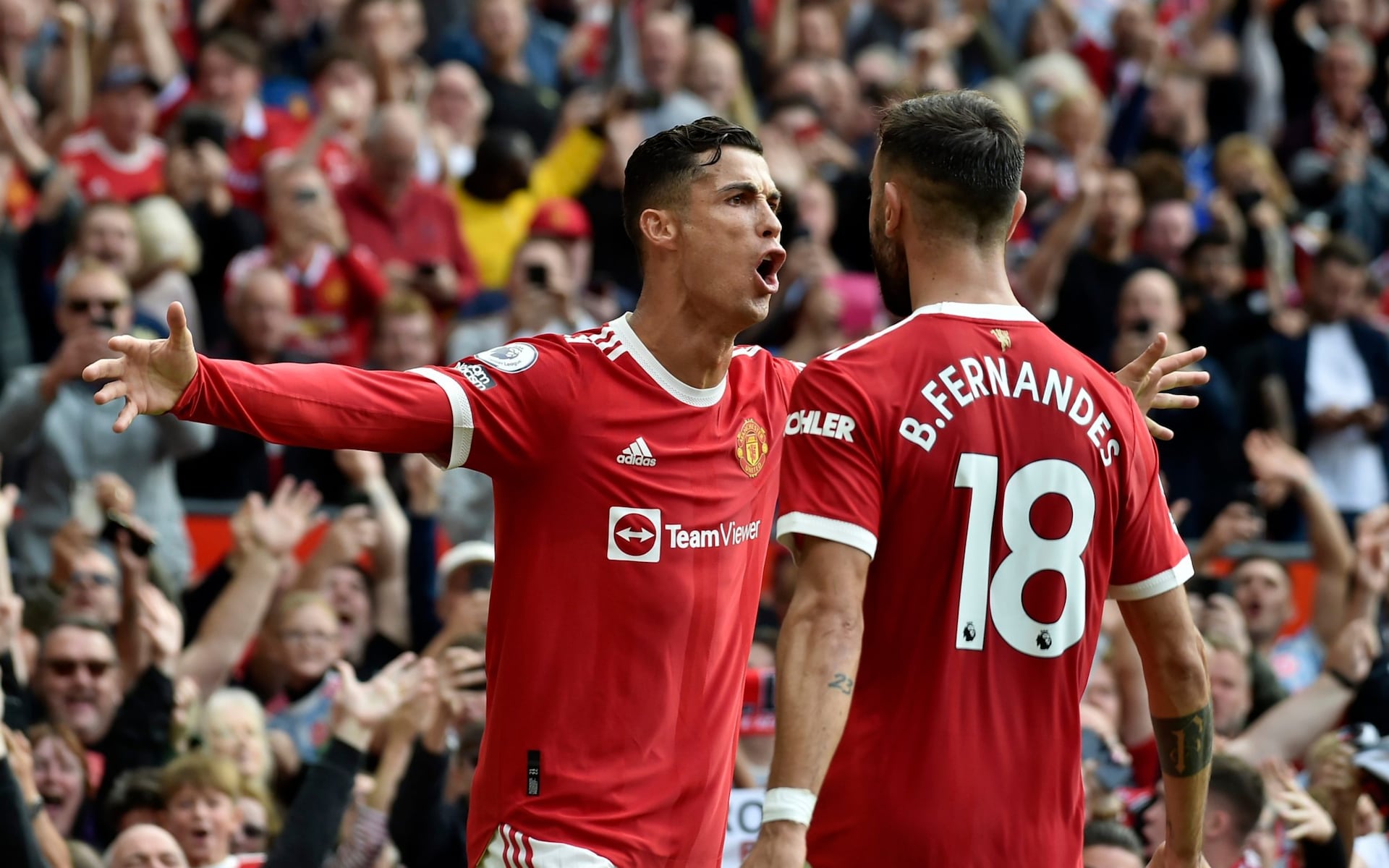 Of course, Ronaldo continues to score. His brace against Ireland cemented his place as the greatest international goalscorer in men’s football history. Fernandes, on the other hand, has struggled to find a place in the Portugal team.

Nothing would excite the Old Trafford crowd more than the master and the apprentice. These Sporting sons who have been embraced by Manchester, combining to score. Ole Gunnar Solskjaer’s time as Manchester United manager could be defined if they can succeed together at the club level.

Ole Gunnar Solskjaer has a fantastic team full of world-class players. These include the likes of Ronaldo, Fernandes, Pogba, Sancho, Cavani, Greenwood, Rashford, and others who thrive on scaring opponents into conceding goals.

With Cristiano Ronaldo back in the mix for a couple of years, it will be an exciting season for Manchester United fans. Ronaldo truly wrote his name once again in the overwhelming presence of Sir Alex Ferguson, Ryan Giggs, and many more United stalwarts on this once-in-a-lifetime occasion of his dreamy homecoming back to where he belongs. Is the goal-scoring machine capable of leading Manchester United to their first Premier League title in nine years?

Also Read: Ezekiel Elliotts Girlfriend: Who is the Footballer Dating in 2021?

Did Justin And Alex from Wizards Of Waverly Place Date In Real Life?

Emma Raducanu Net Worth: How much has the 18 Year Old British Sensation Earned?