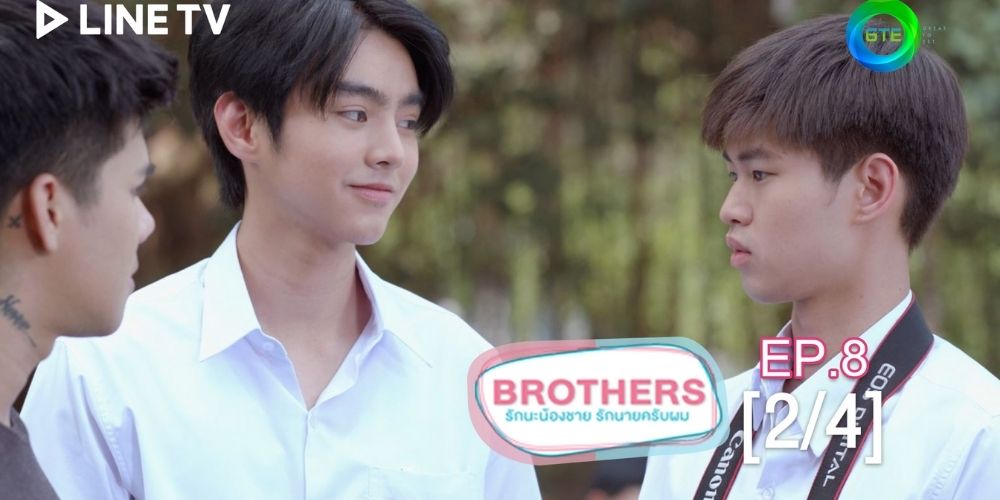 The drama is an ongoing Thai series which is showing three different aspects of love. We will be rating the drama a 7 out of 10. It is nice drama for sure, but some instances are there which can be pointed onto. There is a total number of 13 episodes in the drama. Each episode has a runtime of 44 minutes. The one watching the drama will surely not get bored and something you can hook up to. The drama is 15+, so any age group can enjoy the drama.

The drama got on air on February 5, 2021, and will go off air on April 30, 2021. Also, this drama is available to watch on Line TV.  This drama can be watched online mode and also the episodes are available on YouTube. Overall, if you are looking for some BL dramas to look over and enjoy, you can go for this one as it is quite interesting. The love story of brother will surely make you skip a heartbeat.

The drama Brother Thai series is an ongoing Thai drama that revolves around two different love stories. Also, the drama talks about the Boy’s love and portrays it most beautifully. The drama has the star cast follow up by Folk Touch Inthirat as Prab, Phu Phuwarit Thungnonsung as Chol. They both are the brother to each other, which will turn out at the quiet end of the drama. The drama revolves around the complicated love stories of the brothers.

The other major important roles in the drama Brother are Leang Pitak Phasuthonmekphat as Kaow, Parm Thanadol Auepong, Boston Suphadach Wilairat, Tom Ratchaneekorn Phanmanee, Chutima Naiyana, Aon Kevlin Kortland, and Kan Krittikorn Jaruthammaporn as Long. They all have played a major role in supporting the plot of the drama. The roles of the teacher and the student duo are seen. On the other hand, the parent’s role is also there.

Overall the drama is supported by some very talented actors. The drama is something you can hook onto with for a long. The drama is funny and serious at the same time. Moreover, with the increasing popularity of BL drama, this is a great addition to the list.

Read More- Oh My Ladylord K-Drama: The Plot So Far

Synopsis of The Drama

The drama Brother Thai series is an ongoing Thai drama that revolves around two different love stories. One love story is of two boys who have been together from their graduation days. They are so much in love with each other. Everyone around them is a good verse about the relationship except the parents. Little do they know that their parents are in love with each other. This complicates the situation for them. They become legally brother to each other, which leads tables to turn.

On the other hand, the other love story is shown—the bond between a teacher and a student. The student wants to pursue medical school, and he undergoes coaching. He has been pulling himself for the studies hard. The teacher recognizes the stress. He tries different ways to make him comfortable and not stressed. In the process of teaching and studying, they both fall in love with each other. The drama is all about love from each dimension how they all go out from their little bubble and explore love. The drama revolves around pure love and happiness. If you are looking for some BL drama, this drama will surely see and explore. The drama is not too long, which will surely not make you bore. Overall something that you can Binge watch and have fun with friends and family also. 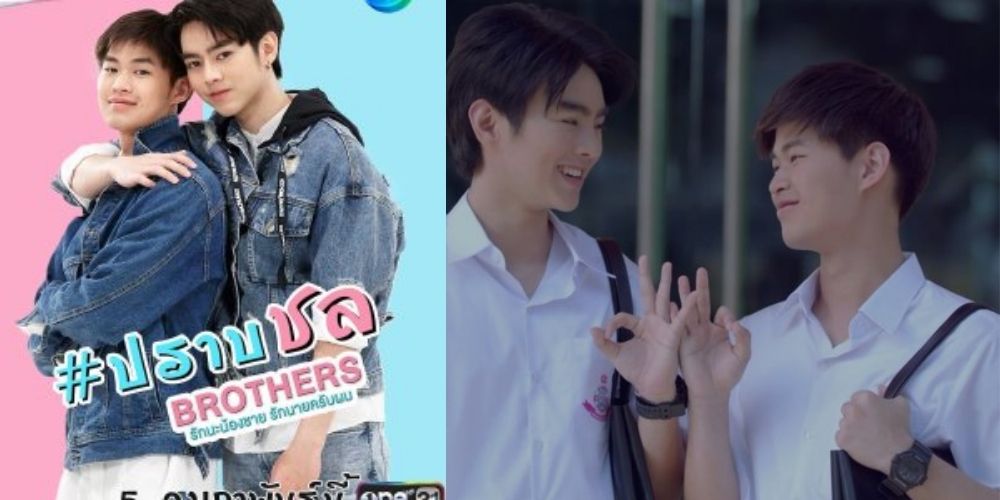 The Brothers Thai Drama episode 9 of the drama is released on 2nd April 2021. It starts with Chol and Prab. Chol and Prab come to know about their parent’s affair, and Chol is quite agitated by his father as he thinks his father betrayed his mom. He starts questioning his dad over his affairs and talks to his stepmother in an angry way. He leaves his house and stays with his friend. On the other hand, Prab is devasted by this step of him leaving the house.

He goes there to call him back, and while this all going on, his father goes and gets angry with him. This makes him more sad and angry, and he leaves the family group. Chol stays with his friend for a good time and goes to high school. Prab tries his best to make things work, but the ego and stubbornness of both the people took over. After this, the teacher-student duo goes to take the books and have some fresh time. He makes him more comfortable, and then they meet the parents of the student. 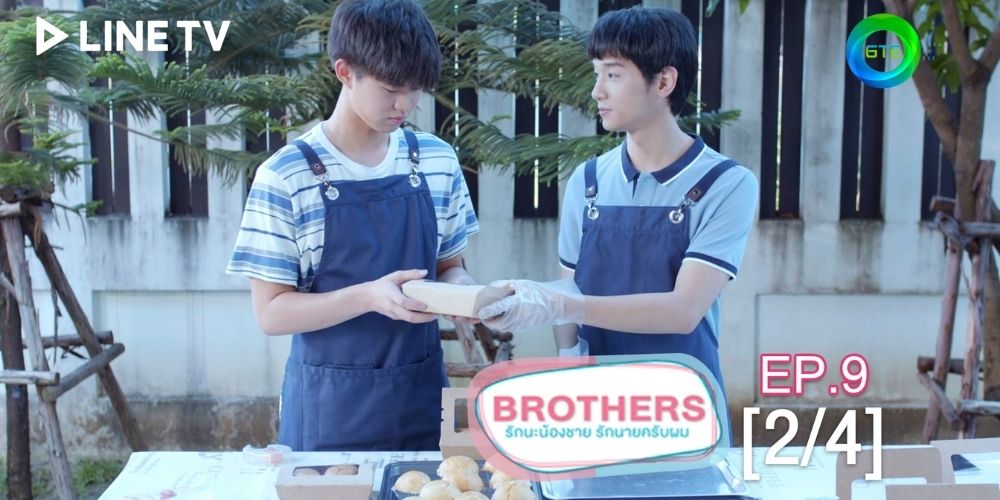 The boy’s mother gets shocked to see his son in the mall, and then she talks to the teacher. He then informs her about her sons that he is doing growth in the studies. After this, the Cheol and Parb scene comes into they both are in the school. The teachers ask Chol to act in some function which is quite against Chol’s mood. Prab comes to save him and lets down the teacher. After this, Prab and Chol go home. Their parents explain everything about their relationship.

They tell them about how they were in love with someone else before marriage and how it affected their relationships. The episode ends on a note of the teacher and student going out on movie date after knowing that. The boy was taking more stress, and making him relax he takes him to chill out. Overall the truth is revealed, and Chol and Prab come to know their parent’s relationship. Overall one BL drama that you can watch and enjoy, and it will be fun for sure.