Brooks Koepka has revealed all the little details of that one special person, he is grateful for. 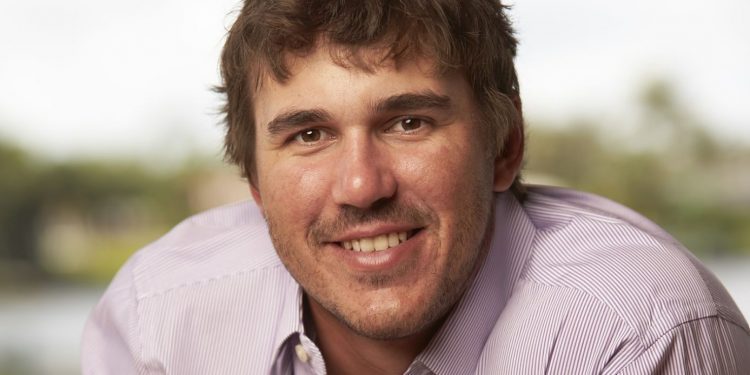 Koepka has talked about his loved one, every time he is praised for his talents. So today, we will tell you more about Brooks Koepka’s girlfriend. He has impressed everyone with his exceptional golfing skills and his experiences have inspired a lot of people to be involved in the sports industry. Over these years, he has put in a lot of hard work to emphasize his position in sportsmanship. Every time he would appreciate his girlfriend, for providing him with the necessary details required to become the best version of himself. Since then, his fans have been digging deeper to know about his love life.

Apart from his professional self, Brooks Koepka’s girlfriend has motivated him to stimulate his personal growth as well. The first twenty years of his life has taken him on a very confusing ride. And thus, this relationship has helped him to gain back his balance in making certain decisions which eventually led him to the path of happiness. Even though, Brooks is pretty sure that our development depends on ourselves. But still, he praises his special one for all the extra efforts she has put into him. As many of his fans are curious about his romantic interests, let’s take a look at Brooks Koepka’s girlfriend.

Brooks is in a committed relationship with his long time girlfriend Jena Sims. She is a very popular actress and apart from acting she’s regularly participating in various modelling activities as well. As of now, the couple is engaged to each other and both of them are all set for their wedding. And guess what? There were a lot of things that affected his romantic life. One thing would be his craze with golf, he always wanted golf to be his primary goal. But still, the couple maintained their relationship with utmost understanding.

As time went on, Brooks was finally ready to take his relationship a step further. So he arranged a proposal for Jena. According to him, he proposed to her on March 3, 2021. But the actress confirmed their engagement the following month. Throughout his championship history, Sims has been with him in every step of his journey. They’ve been spotted together many times. Moreover, many people misunderstood Jena as Brooks’ former girlfriend. This resulted in a huge breakout and everyone started to focus more on her. By this time, Brooks Koepka’s girlfriend became the centre of attraction.

Also Read: Josh Bryant Engagement: Who Is The American Guitarist Dating In 2021?

As per the couple, Jena and her beau have been together for around five years now. And still, the duo is growing and glowing with each other. Moreover, Jena had a huge interest in golf. So she would often attend different tournaments. So, Brooks and Jena met each other in 2015 at a masters tournament. Since then, the two started gaining feelings for each other. And this eventually turned into an official relationship. Well, to be more precise, the duo has known each other for a very long time. As of now, everybody is excited about their star-studded marriage.

Brooks Koepka’s recent win with Bryson DeChambeau has been the talk of the town. Because of this, he is trending all over the world. His achievements are beyond exceptional. Moreover, he always wanted to get into the sports industry. Because Brooks wanted to be part of this from a very young age. He started practising various sports since his school times and by the time he reached college, he was already a renowned and experienced player. Everybody knew him for his talents. Koepka started playing golf officially from the Florida State University in Tallahassee. Where he represented himself in three events.

His college days, got him immense fame and recognition. So around 2012-2013, Brooks started representing his talents through international championships. Which also included, the challenge tour in Europe. And guess what? He won his first title. Followed by two consecutive wins at Montecchia Golf Open and Scottish Hydro Challenge. Because of these titles,  Koepka was finally qualified for the Open Championship. By 2015, he reached the 19th position in the World Golf Ranking. By this time, Koepka was all set to attend all the major championships. And yes! This got him his first major win at the U.S. Open title. Since 2019 Brooks is playing at various tournaments and he is completely prepared to gain more from his talents.