Brittany Bell’s Boyfriend: Who Is The American Model Dating in 2021? 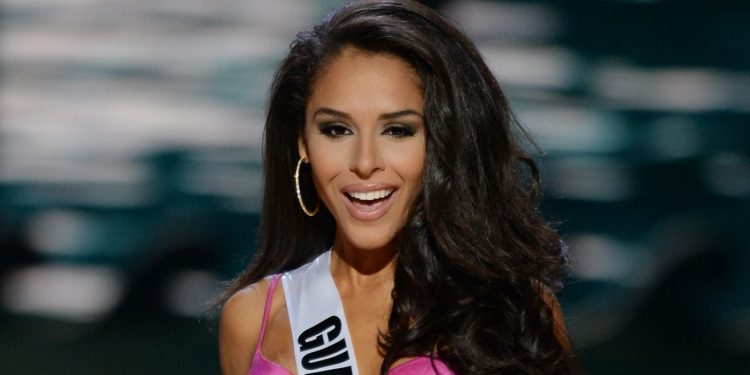 Brittany Bell is an American model as well as an actress who became Miss Guam in 2014. Nowadays, her fans are curious to discover more about her dating life. Who is Brittany Bell Dating? And many more such questions are hitting the internet. Bell grew up in Guam and was raised in a multiethnic and multicultural family. She loved performing on stage since childhood, which eventually led her to the world of beauty pageants. In the year 2009, she became Miss Arizona USA 2010 and Miss Congeniality. Being Miss Arizona, she then competed at Miss USA 2010, but she failed to win. She was hired as a dancer with the Phoenix Suns of the National Basketball Association for three seasons. In 2014, after being crowned Miss Guam, she continued to compete at Miss Universe 2014.

Bell made her acting debut as the Royal Flush Girl in the 2012 World Poker Tour. She has also appeared on television shows such as “Good Cop Bike Cop” and “Taylor’d Problems”. In 2017, she made her cinema debut in the indie drama The Last Movie Star. Bell is relatively very much active on various social media platforms, especially Instagram, where she has many followers. As for Brittany Bell’s physical traits, she loves to keep her body both physically and mentally healthy. She is also a yoga teacher. Brittany is 5 feet 9 inches tall and weighs around58 kg. In addition, her eye color is brown, and her curly hair is dark brown. Brittany is also available on social sites like Twitter and Facebook as well.

Brittany Bell is currently single. She is not dating anyone. However, previously, Brittany was in a romantic relationship with Nick Cannon, and the couple together has two children, namely Golden “Sagon” Cannon, who was born in February 2017, and Powerful Queen Cannon, who was born in December 2020. It was reported that Nick met Brittany in the year 2015. The two have been in a rock and roll relationship for a while, and she gave birth to her son when they were supposed to be “on a break” in 2017.

The couple were reportedly separated but were seen walking hand in hand from a restaurant in Malibu, California, on November 9, 2020, after celebrating their 33rd anniversary. In December 2020, the former couple welcomed their second child together: Powerful Queen Cannon. Brittany posted a photo of herself and Nick celebrating their son’s birthday on her Instagram in February 2021, but the couple has split.

Nicholas Scott Cannon, better known as Nick Cannon, is an American rapper, actor, comedian, record producer, as well as an entrepreneur. On October 8, 1980, Nick Cannon was born in San Diego, California, USA. The versatile person is also a radio and television presenter. He is best known as the host of the hit reality show “America’s Got Talent” and has also hosted the “The Nick Cannon Show”. After starting his acting career as a teenager on the TV show All That, Cannon has continued to appear in several television shows and even starred in several films. He also works as a radio host.

Not only that! As a rapper, Nick has released several albums, including his self-titled debut album in the year 2003. And it doesn’t stop there! Today Cannon is also emerging as a successful entrepreneur with many trading companies. He is also the chairman of the TeenNick television channel for Nickelodeon. He is also Radioshack’s Chief Creative Officer. Nick Cannon is considered highly talented due to his huge success in the film, music, and radio industries.

On November 9, 1987, Brittany Bell was born in the village of Barrigada, Guam, USA. She was born Brittany Mesa Bell. The identity of Brittany’s father is unknown, but her mother’s name is Tina Lang. Her father is of American descent, whereas her mother is Chamorro. Due to this, Brittany belongs to Chamorro and has an all-American ethnic background. She grew up in Barrigada and later in San Diego, California. Regarding her academics, she attended Arizona State University and received a degree in television journalism.

She completed her high schooling at Dobson high school. She has a bachelor’s degree in broadcast journalism and television reporting. Between 2013 and 2014, she received improv acting training at Second City Hollywood. She also joined the Groundlings Improv Theater. She earns an estimated net worth of $1 million as of 2021, whereas her partner, Nick, has a net worth of around $50 million.