Bright as the moon

“Bright as the moon” is a fantasy romance drama. Among Chinese dramas, this is the most popular genre. Also, China is the country that produces the most number of dramas every year. In the year 2016, China produced 50 dramas, out of which 47 were of the fantasy romance genre. Also, in the 1990s, many historical dramas were filmed around palaces. This peaked Asian drama fans’ interest in Chinese dramas. Moreover, this rising interest in Chinese dramas also led to the popularity of video websites like iQiyi, Youku, and Tencent Video. The Chinese drama “Bright as the moon” has gained a lot of popularity recently. The show has already released 24 episodes. Furthermore, the “Bright as the moon” episode 27 release date has been announced. Read the full article to learn more about the historical drama.

The drama revolves around the love story of princess Yun Qian Yue and prince Rong Jing. Besides this, the drama also focuses on the concept of reincarnation. Also, “Bright as the moon” is an adaptation of Author Xi Zi Qing’s novel The Anarchic Consort of the Prince.” If you are in love with watching Asian dramas, “Bright as the moon” will not disappoint you. The lead character in the drama is Yun Qian Yue, Rong Jing, and Emperor Ye Qing Ran. First, the story starts in the modern era, where we can see the reincarnated versions of Yun Qian and Rong Jing. Later, the story was unveiled in the historical era.

The Ending Of ‘Saint Maud’ Explained: Religious Fanaticism or Trauma?

“Bright as the moon” cast member

Want to know who are the actors playing your favorite characters? Let’s find out who are the “Bright as the moon” cast members. Jessi Zhang plays the lead character of princess Yun Qian Yue. The princess is in love with Rong Jing, prince of Rong manor. The character of Rong Jing is played by the famous actor Thomas Tong. Also, his character suffers from the side effect of Aphrodisia. Besides the two main leads, the third important role is played by the Chinese actor Xiang Hao. The actor plays the role of the emperor.

Other supporting actors are  Eva Cheng as Tuoba Ye Qian,  Qin Yu Ning as Li Ruo Jia, and  Li Dai Kun as Nan Ling Rui. All the actors have done exceptional work in “Bright as the moon.” Moreover, the “Bright as the moon” story is well executed and directed by Guo Hu and Ren Hai Tao. They bring historic beauty to reality. Furthermore, the writer has built up the characters in a very unique manner. Each character has a purpose and lives up to their full potential.

What is the “Bright as the moon” episode 27 release date?

The “Bright as the moon” provides a fresh perspective through its characters. First, princess Yun Qian Yue, an arrogant, playful, and illiterate girl. Her character develops into a caring and loving person. Also, she fights for the people she loves. Second, Rong Jing started as a prince who had no free will. Moreover, the imperial family controls him. But later, he turns into someone who fights for what he believes in. The “Bright as the moon” episode 27 release date is 26th October 2021. The episode will broadcast on the official website. The first episode of the drama was released on 4th October 2021. Since then, 24 episodes have been released. So mark the “Bright as the moon” episode 27 release date on your calendar, and don’t miss the show. 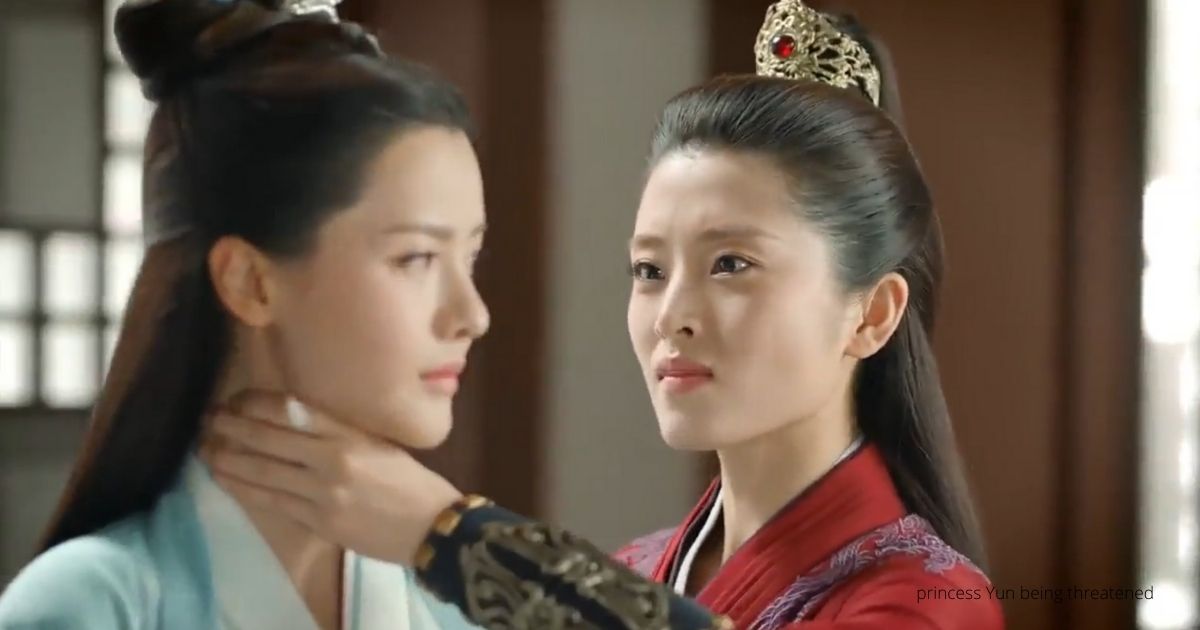 The “Bright as the moon” drama is available on the official broadcasting website Youku. Also, the fans can opt for using the Youku app to watch the drama. The Youku app is available on the app store. If you’re an international fan, you might not be able to access the website. But if your country’s policy allows downloading apps from another country, you can download the Youku app from the app store. The app consists of all the released episodes of “Bright as the moon.” Also, the broadcasting websites release new episodes every Monday and Wednesday. To grab the full experience, we would recommend choosing the VIP subscription on the Youku app.

The Ending Of ‘Saint Maud’ Explained: Religious Fanaticism or Trauma?