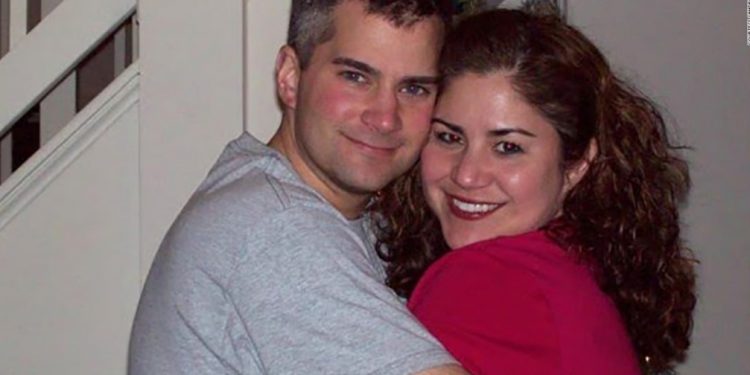 What do we know about Brian Sicknick’s Partner? Few aren’t much aware of him as he did not belong to the world of entertainment. However, he had served a very prestigious position for his country. Starting this article with his brief introduction, Brian David Sicknick was United States Capitol police officer and had served for thirteen years since 2008. The storming of the United States Capitol, which took place last year, caused his death, and that has put a great impact on his recognition of people. Before his job as a cop, he had joined United States Air Force. His military career started in 1997 and lasted till 2003.

Knowing all these, people have shown huge interest in love interests. Well, when it comes to his relationship, he has been together with the love of his life for eleven long years until his tragic death. Besides doing his duty with due respect, Brian used to be a family-centric person who loved to spend time at home. For more details about Brian Sicknick’s Partner, you must dive into this article as it’s the right choice that you have made.

Also read: Who is Maggie Blye’s Partner? Dating Life Of The Famous Actress

Talking about Brian Sicknick’s Partner, she is Sandra Garza, who stayed with him until the time of his death. Both of them met via a very famous dating site. They dated for quite a long time, to be more specific, they stayed together for eleven years. The late cop used to love relaxing at home with his longtime partner, Sandra. Not only that, he used to love watching action movies with her as it used to be great fun. She shared that their first date was a breakfast date, and later she learned that Brian used to love the breakfast meal among the other meals. She also stated how badly he loved blueberry pancakes. Staying together for so many years, Sandra knew every bit of him.

She is a clinical social worker with a proper license. Nothing else is known about Sandra Garza as her partner, Brian, used to keep her away from the media. However, many people have shown condolences to her for the loss of such an amazingly brave person, where pictures of her table on social media. The immense love she had or still has for Brian Sicknick has been seen at the time she had asked for the answers to his tragic death. The battle she fought just doesn’t need guts but also immense love and respect for the person.

Also read: Who is Harry Enten’s Partner? Who Is The Star Journalist Dating?

On 7 January 2021, the United States Capitol police officer Brian Sicknick passed away after confronting pro-Trump protestors. During the riot, he was pepper-sprayed, which caused him a couple of thromboembolic strokes, leading him to eventual death. However, his death was classified as a natural death. Julian Elie Khater and George Pierre Tanios were suspected of pushing him to death. His death has led to several controversies as the cause didn’t come to the media correctly. Within hours of his death, it was reported that Brian Sicknick died because of a massive head injury that he got during his fight. This was completely false.

It’s been a year, Brian Sicknick is no more with us!

His longtime girlfriend, Sandra Garza, stated that Donald Trump needed to be in prison for whatever happened on 6 January 2020, doing injustice to her dead partner, Brian Sicknick. She called out the Republic members of the congress for downplaying the riot taking place on that particular day at the U.S Capitol. also stated that it is unforgivable and un-American too for Donald Trump and some of the other protestors who didn’t acknowledge Brian Sicknick’s heroism. She has blamed the former president, Donald Trump, to be the main culprit behind all the chaos and her loss. Sandra also stated that Brian Sicknick wasn’t just her loss but also her country, which lost a true warrior like him.

Also read: Who is Becky Hammon’s Partner? Who Is The Athlete Dating?

10 Side Characters That Stole The Show In Anime: Ranked

Best Rosario Dawson Movies That You Need To Watch