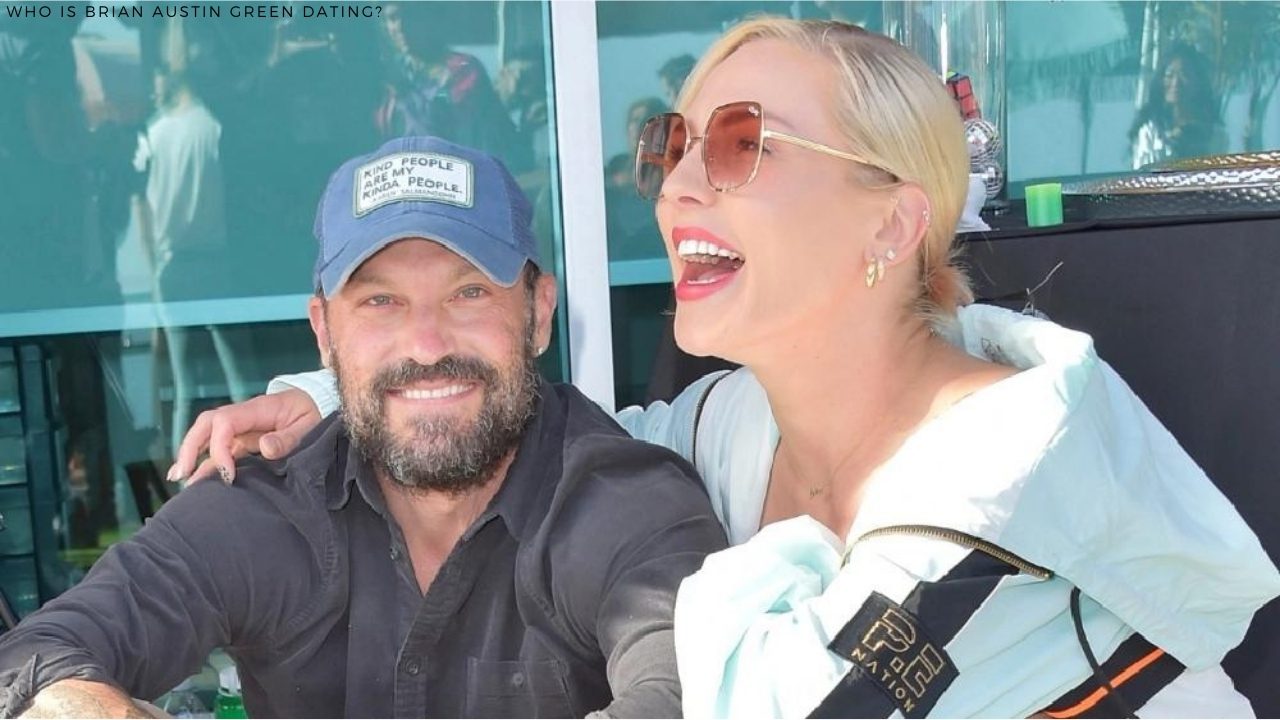 Who Is Brian Austin Green’s Girlfriend? Well, Brian Austin Green’s breakup is not a simple issue but a hyped issue in the industry. After dating Megan Fox for almost ten years, the actor went through a harsh breakup. And, this breakup came to be one of the vast topics of conversation. Over the years, the couple ensured the headlines for their amicable exchange. Thus, it became important to discuss the breakup of Brian Green Austin and what is the reason behind this sudden breakup. There is some harsh appearance as well. Therefore, fans and internet users are still curious about what happened between the two. The breakup of Brian Austin Green has been a major attraction.

Brian Austin Green is a famous American actor. Over the years, he had worked hard enough to spot himself among popular celebrities all over the world. He entered the industry in 1985. Since then, he has become one of the most talked-about actors in the industry. In the same way, he earned laurels to his name by becoming a successful producer and rapper. As a result, his personal life is under the paparazzi’s radar. People all over the world want to know more about the actor’s personal life. Therefore, to know about Brian Austin Green’s girlfriend and personal life, read the whole article.

Who Is Brian Austin Green’s Girlfriend?

Brian Austin Green is currently dating his girlfriend, Sharna Burgess. He and Sharna Burgess have confirmed that they are officially dating. On January 11, 2021, Sharna shared a photo of the couple kissing, which she referred to as “HIM”. Rumors of the relationship surfaced in 2020 when the couple was photographed together and enjoying a trip to Hawaii. However, the actor is still not in a hurry to mention their romance. The couple then officially appeared on Instagram when Sharna shared a photo of the two kissing. Her post comes just a week after Sharna told her Instagram followers to “Let It Go” when it came to asking questions about their lives in dating. 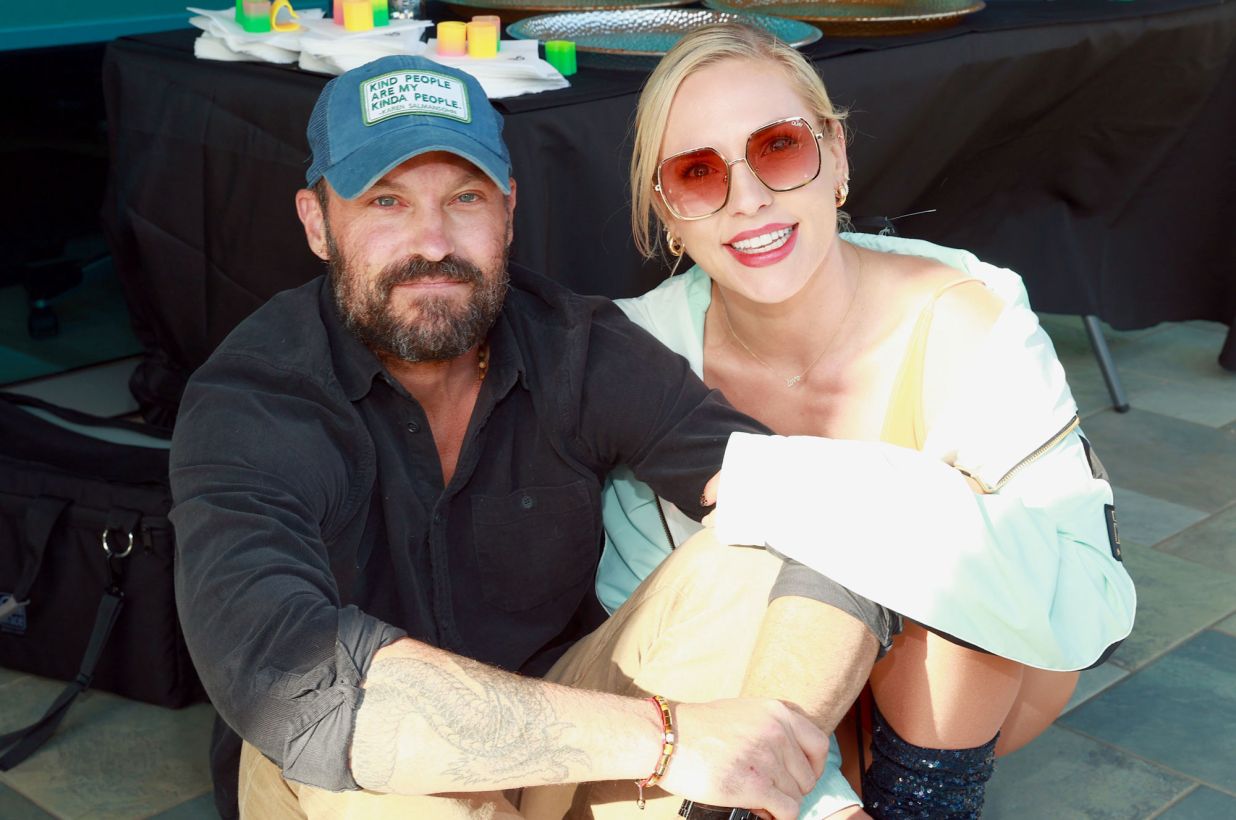 When a fan asked the DWTS dancer about their relationship status, then she responded in her social media platform via Instagram Stories that time by saying that It’s virtually difficult to fish out real questions amidst ones about her connection stature. She says this with love and kindness. Although Brian confirmed his split from Megan in May 2020, this is not the first woman to be seen with him. Prior to Sharna, Brian is rumored to be dating Courtney Stodden and Tina Louise.

Also Read: Adut Akech Net Worth: How Much The American Model Earns?

Brian’s breakup with Megan Fox was a big question. The whole internet world has turned into a hurricane. People all over the world go hunting to find out the reason for their separation. Similarly, his fans are eager to know what made them decide to make this decision after dating for almost a decade. Our hearts beat faster when we talked about Megan and Brian’s breakup. In addition, the actor from “Beverly Hills, 90210” was seriously injured after his separation. Unfortunately, the couple is not meant to live together.

People think there is a problem of cheating issues. Like other breakup stories, internet users have accused Megan Fox of cheating on Brian Green. However, this is not true. As a result, Brian explained that this time it was nobody’s fault. It got ugly when Megan went out for photos. The couple decided to give space to each other. As a result, Megan felt more confident in her own decision. Since then, they started to drift away. It was around 2019 that they decided to legally separate from each other. And they decided to divorce.

In the recent podcast, Brian became famous for his divorce. He says divorce is needed to prevent it from making things worse. The divorce ended in 2020. However, the former couple developed a friendly relationship. They share three sons in the same way. 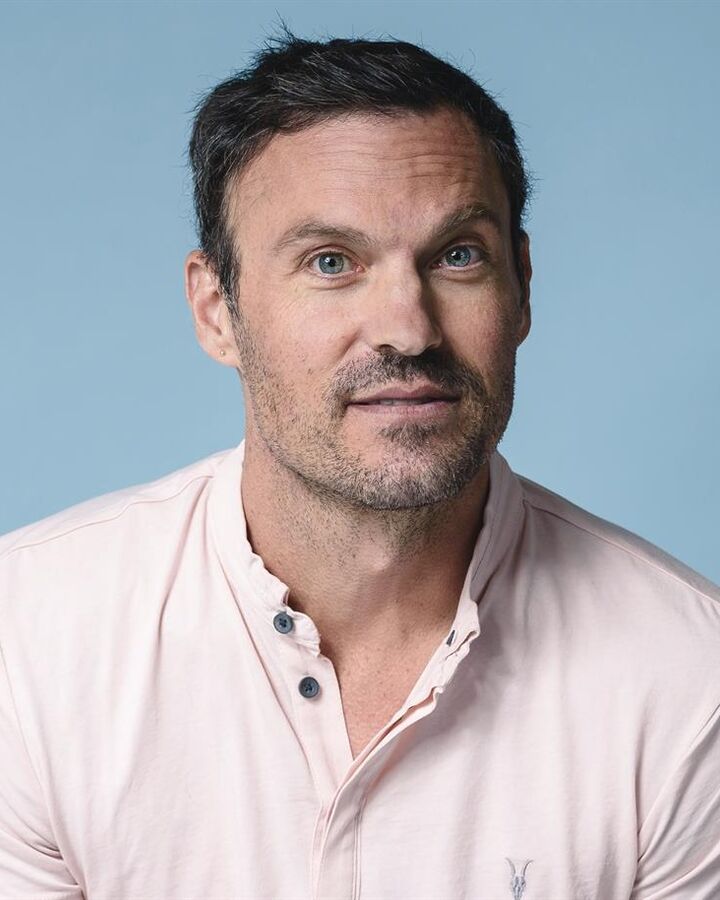 Born July 15, 1973, Brian is from Los Angeles, California, USA, 47 years old and has been in the industry for almost 36 years. Brian has been one of the hottest topics of discussion in his long career. His charming personality captivated the hearts of the audience. Likewise, his career has developed significantly over the years. When he was a child, he added the middle name “Austin”. It was just to differentiate between himself from actor Brian Lane Green.

He was graduated from the Hamilton High School Academy Of Music. Brian landed several recurring roles in the early stages of his career and was glimpsed at the soap opera Knots Landing. He then appeared in the hit teen drama series Beverly Hills, 90210. This series brought him instant success. David Silver’s role in this series is very similar to Brian’s personality. So he is the best choice. And that was evident when the series became a huge hit.

Also Read: Steve Burns Net Worth: How Much Is the Actor Worth?