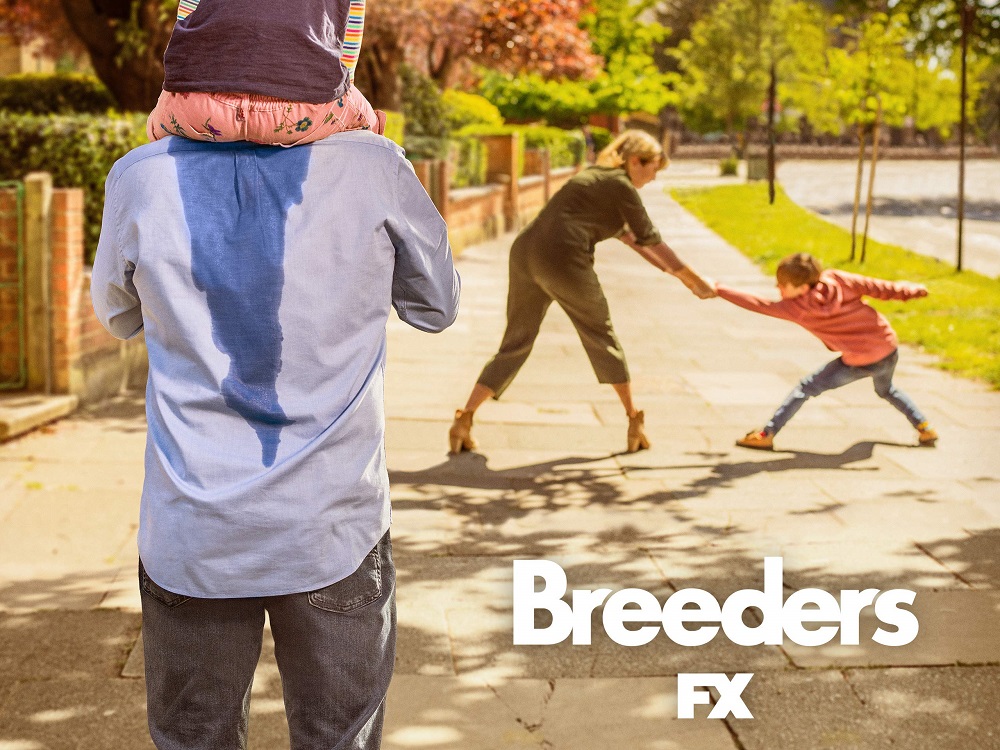 "Breeders" Season 2 Episode 1 is coming out soon and here's all you need to know.

“Breeders”, the American-British parental comedy TV series is back with its second season and is soon going to release its 1st episode. Created by Simon Blackwell, Martin Freeman, and Chris Addison, the series made its debut on 2nd March 2020. The pilot episode received extremely position reviews and not only the viewers, but the critics also appreciated the storyline. It was raw and something that was never seen before. In fact, the series has an average score of 83% on Rotten Tomatoes and an average rating of 7.3/10 on IMDb. Consequently, on 18th May 2020, the production renewed the show for another season. As a result, the second season is here now and is planning to premiere soon. So, let us dive deeper into this article to know everything there is that we need to know about this season.

“Breeders” is an American-British parental comedy series created by Chris Addison, Martin Freeman, and Simon Blackwell. The story of the show revolves around two parents who are struggling with parenthood. However, it is partially based on Freeman’s own experience as a parent. Consequently, he plays the lead character in the series. Toby Welch is the producer of the show with FXP, Avalon Television, and Sky Original Productions acting as the production companies. Apart from all this, Disney-ABC Domestic Television is the sole distributor of the show. Anyhow, now let us have a look at the main cast of the series that comprises some really talented and amazing artists. 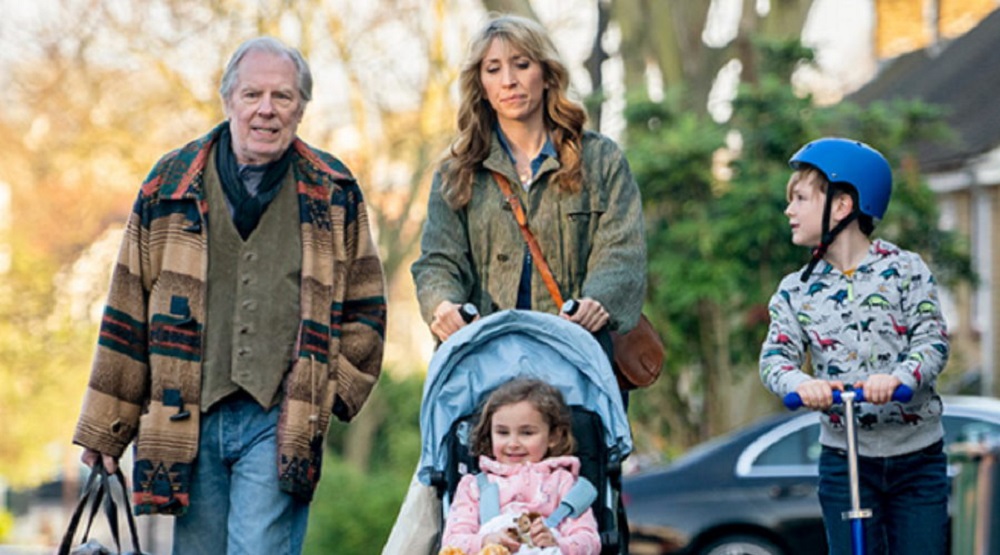 A still from the pilot episode of “Breeders”.

Martin Freeman as Paul Worsley: Martin Freeman is an English actor who rose to fame after playing the character of Dr. Watson in “Sherlock”. Some of his other famous works include “The Hobbit” trilogy, “The Office”, and “Black Panther”.

Joanna Bacon as Jackie: Joanna Bacon is an English actress. She has been a part of many famous series and films like “Love Actually”, “Last Orders”, and “RocknRolla”.

Michael McKean as Michael: Michael McKean is an American screenwriter, musician, actor, and comedian. Some of his best works include “The Meddler”, “Laverne & Shirley”, and “The Grand”. 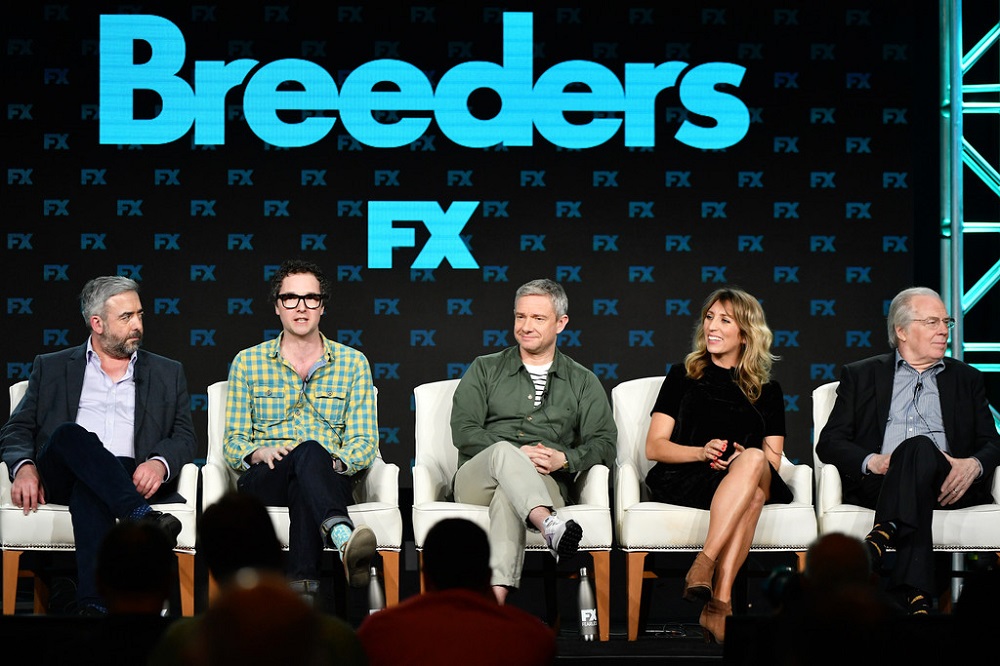 A still of the main cast as well as the creators and producer of “Breeders”.

Jayda Eyles as Ava: Jayda Eyles is an American actress who rose to fame after her brilliant acting in “A Confession”.

Stella Gonet as Leah: Stella Gonet is a Scottish film, TV, and theatre actress. Some of her best works include “Casualty”, “The House of Eliott”, and “The Cry”.

Daisy Haggard as Ally: Daisy Haggard is a British writer and actress. Some of her best works include “Episodes”, “Alright Now”, and “Psychoville”.

Alun Armstrong as Jim: Alun Armstrong is an English actor. Some of his best works include “The Mummy Returns”, “The Hollow Crown”, and “Dark Angel”.

Patrick Baladi as Darren: Patrick Baladi is an English musician and actor. Some of his best works include “The Office”, “Marcella”, and “Stella”. 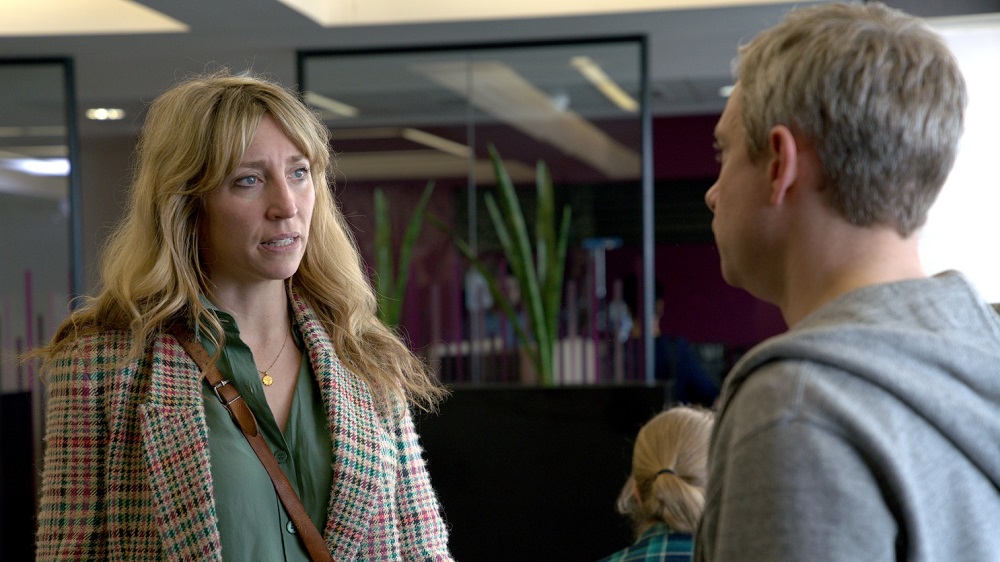 A still from the season finale i.e. “Breeders” Season 1 Episode 10.

What to expect from the second season of “Breeders”?

The title for the first episode of “Breeders” Season 2 is ‘No Surrender’. The upcoming will most likely explore the parental anxieties of Ally and Luke. Besides, the audience will come to know more about Luke’s condition. Apart from all this, we will get to know what happens to him. Even though the final two episodes of Season 1 were a bit dark and emotional, the show will most likely pivot to its entertaining and comical tone soon. Also, the new season will explore the complexities of the relationships that the characters share with each other. Anyhow, the storyline will continue to be honest and hilarious at the same time. Rotten Tomatoes has released a trailer for the second season on their official YouTube channel. You can click to watch it below.

When is “Breeders” Season 2 Episode 1 going to release?

“Breeders” Season 2 Episode 1 is going to air on 22nd March 2021 i.e. Monday at 10 PM ET. You can tune in to FX (for the US viewers) or Sky One (for the British viewers) at the given time to watch the episode. However, if at all you miss out on the episode due to some reason, you can also stream it later on the official website of FX or Sky One. Apart from all this, you can also stream the episode on Hulu, Vudu, or iTunes. So, brace yourselves as the parental comedy-drama returns with yet another exciting and funny season. Until then, let us know in the comments section what are your expectations from this season.