Brazil VS Argentina Match Analysis: Why Was It Abandoned? 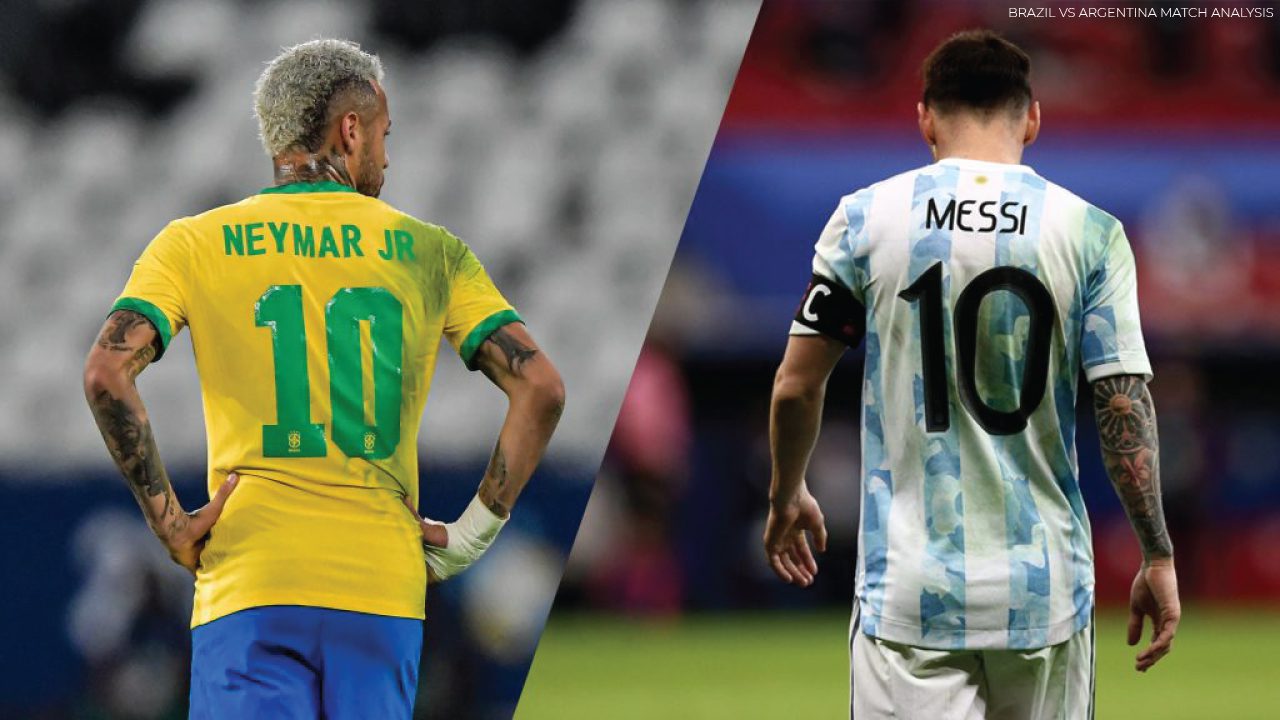 Brazil Vs Argentina World Cup Qualifier match abandoned! Todas’s article will be on this controversial incident. Latin America is famous for quite a few things, and one of them is football. Brazil and Argentina are the two powerhouses of football in the continent. The Brazil VS Argentina clash, also known as Super Classico, is one of the most popular rivalries. These two countries have a history of producing legendary footballers from Pele and Maradona to  Messi, Neymar, and many more. The fans wait to see the two teams on the pitch, showing their respect and passion for the sport. Recently in the Copa America final, these two teams faced each other. Argentina defeated Brazil, winning the 2021 Copa America Title. This was Messi’s first international trophy. The teams played against each other in the World Cup only four times.

This Sunday, The World Cup Qualifier clash between Brazil VS Argentina was held in the Neo Quimica Arena, previously known as Corinthians Arena in São Paulo, Brazil. The match between the two superpowers paused when the Brazilian Health officials interfered within 10 minutes of kick-off. To know more about the match keep following the article.

Brazil is on the red list of Britain and so is Britain in the lists of Brazil regarding the covid 19 protocols. The basic rule is people coming from those countries in the rest list should be in quarantine for 14 days. Argentina players were in the squad for the Qualifier game. The four players accused of not following the Covid-19 protocols of the country are Emiliano Martinez, Emiliano Buendia, Giovani Lo Celso, and Cristian Romero. Giovani Lo Celso and Cristian Romero both play club football in England for Tottenham Hotspur. Emiliano Martinez of Aston Villa along with the two Tottenham players was in the squad. Emiliano Buendia of Aston Villa was not in the squad. Soon after the whistle blew off, Brazilian health officials interrupted the game.

It is reported that the Premier League didn’t want them to leave because of their need to quarantine after returning, four League players. Still, they came to play for Argentina. According to Brazil’s National Health Surveillance Agency (ANVISA), the Premier League players provider wrong information to the airport officials to play the game. They also considered that the situation would have caused serious health hazards. So they informed the local health authorities to organize immediate quarantine for the players. ANVISA also stated about players’ immediate departure to their own country.

There was a huge controversy related to this unfortunate event. The media was all over the place. Soon after the match was over, Comnebol made an official statement on Twitter, “Due to the decision of the game’s referee, the match organized by FIFA between Brazil and Argentina for the World Cup qualifiers is suspended.” This was followed by another tweet, “The referee and the match delegate will raise a report to FIFA’s Disciplinary Committee, which will determine the steps to follow. These proceedings will abide adhere to current regulations.” Soon after, FIFA made an official statement on Twitter saying, the match has been abandoned, and there will be further details later.

Argentina coach Leonel Saloni said, “This makes me very sad. I’m not looking for any guilty party.”. “It was not the right time to interfere.”, he stated. The Argentine captain, Leo Messi also seemed to be unhappy with the turn of events. The interim President of Brazil Soccer Confederation, Ednaldo Rodrigues fou the health department’s decision “strange”.

We don’t know what would have happened in the game. All we know is that we missed the most awaited game of the World Cup Qualifier. Messi always looked confident on the pitch, whereas Neymar would have faced his club teammate. The match could have gone in anyone’s favor.

Now, We Are Breaking Up: Release Date & Episode Schedule