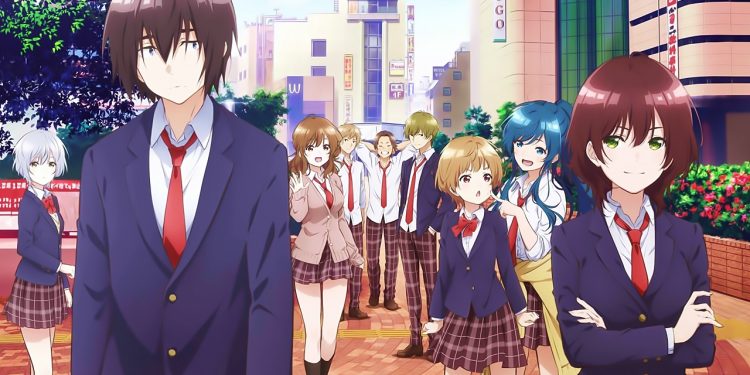 Bottom Tier Character Tomozaki-kun is based on a light novel by the same name, written by Yuki Yaku and illustrated by Fly. It was published by Shogakukan under the Gagaga Bunko label on May 18, 2016, and has since released 9 volumes. The source Light novel is still ongoing, but there is still plenty of material left to animate. An anime adaptation of the Light Novel premiered in 2021 under the direction of Shinsuke Yanagi. Its animation production was done by Project No. 9. Its 12-episode season was followed by two OVAs.

The anime did quite well among Japanese and international viewers. Following its popularity, a new Bottom Tier Character Tomozaki-kun anime project has been announced, and here is everything we know about it.

On 14 January 2022, it was announced that a new Bottom Tier Character Tomozaki-kun animation project is currently under production. There has been no revelation whether this new project would be a second season, a movie, or a spin-off. However, what we do know is that there will be more exciting news coming up soon.

In commemoration of the announcement, a new visual teaser of the upcoming project was updated too.

The creators also released a new PV featuring the main characters of the anime.