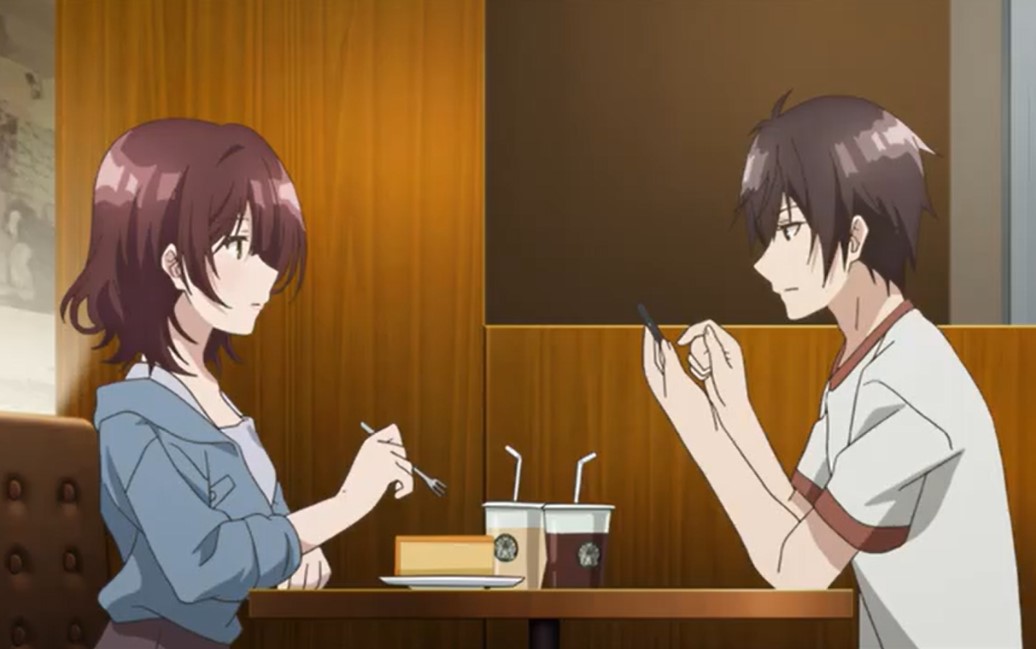 Hinami calls Fumiya to meet with her at the mall. When he arrives, she notices that Fumiya has no taste of clothing. She asks him if that is what he wears for summer. Fumiya said he could keep up with these, and she told her that they better go shopping. Hinami has specials tasks for Fumiya to complete today, and Fumiya is wondering about that. Bottom-tier Character Tomozaki is about to end; let’s see if Fumiya will achieve his goal.

They both head to buy more summer clothes and new stuff for Fumiya. Hinami gave her bag to Fumiya, but she asks him to buy her a badge that 400 yen. Fumiya feels that it is trading, and he won’t consider that as a gift. They both head and enjoy lunch together. Find more about the mysterious task that Hinami has planned for Fumiya below.

Bottom-tier Character Tomozaki Episode 10 will release on Friday,  12 March 2021, at 9:00 PM JST on  AnimeLab and Funimation. Let’s move to the following recap and preview of the next episode below.

Hinami told Fumiya that she has two tasks for him. She wants him to complete all the goals they have set for him by the end of August. She told him that his first task is to go out on a date with someone by not her. His second task is to mess with Mizusawa three times a day. Fumiya is wondering which girl he is going to go on a date with.

Hinami reveals that Fumiya will start to take Fuka and go out with her to see a movie and then had dinner together. Fumiya can’t believe that he has to ask Fuka out of all people. Hinami said the two would make a good pair since they are both interested in Andy’s Book. She also told him that it would be a good chance for him to show his skill and experience around the girl. She asks him to add Fuka on social media. 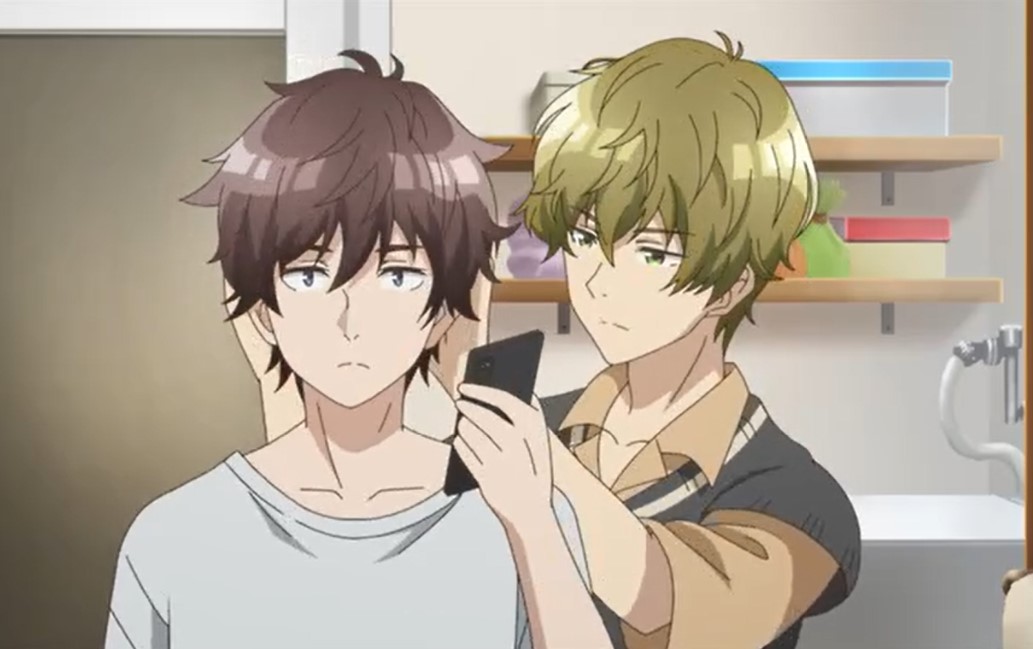 Fumiya adds Fuka, and he is told to text her something. Fumiya wrote an interesting message, and Hinami asks him to bring the cellphone. Hinami read that message loudly, and Fumiya complains about why he did that. She sends it to Fuka, who agrees about the date and going out to see the movie together. Hinami told Fumiya that he sent a good message as a beginner. She also told him that she would start by giving him dating lessons before going on a date.

She went with Fumiya to a nearby restaurant, teaching him how to approach or talk with a girl. Hinami also taught Fumiya how to compliment a girl and what he has to say when eating or watching a movie. They also went and enjoyed playing Tcafam. Fumiya thinks that playing Tacfam with Hinami is the way he communicates with her. Hinami lost two rounds, and she asks Fumiya to challenge her gain.

Later they head out and enjoy talking together, and Fumiya knows what he will have to do tomorrow on his date. Hinami told him about an overnight that she is going to host. Fumiya is worried that the day of overnight is when he will become the master of Tacfam. But he decided that he will join her. In the morning, the morning Fumiya started with his tasks. He met with Mizusawa and realizes that Mizusawa is not the guy to mess up with.

The Angel and Caged Bird 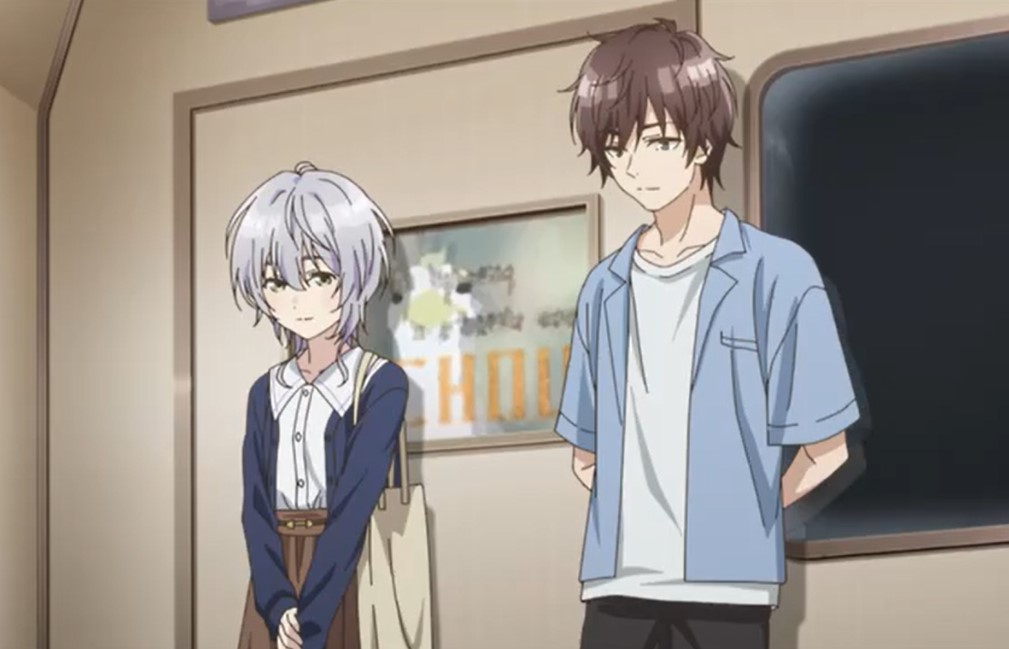 Hinami arrives at the scene, and Mizusawa greets her. Fumiya thinks that he has lost a chance to mess with Mizusawa. They visited Nanami to stay at her place, but they were visitors to her house. They both head to Fumiya’s house. Fumiya is glad that he is at his territory; he can mess up with Mizusawa. Mizusawa started to tease Fumiya that he will stay at the land-loser. Fumiya replies that it is not a compliment, and in his mind, he is glad that he has fired back at Mizusawa.

They both enjoyed chatting and talking about their friendship. Whenever Mizusawa came with an idea, Fumiya rejects his ideas. Fumiya managed to mess up with Mizusawa three-time and said he had completed the first task. The two head to the restroom and Mizusawa helps Fumiya to prepare his hair. When they come back, Mizusawa stopped treating Fumiya like a jack. Hinami and Minami wonder what has happened.

Hinami realizes that the first taste is completed, and Fumiya has passed it. Later Fumya went out on a date with Fuka. Fumiya talked with Fuka like a pro, and the two head to waste a romantic move called the Angel and Cadged Bird. Fuka was impressed by the way Fumiya treated her when they were watching a movie. After the movie, they have dinner, and it went well. When they head home, Fuka asks Fumiya to go out with her again.

Read Bottom-tier Character Tomozaki Episode 9 we advise you not to miss the two last episodes.

In this article:Bottom-tier Character Tomozaki