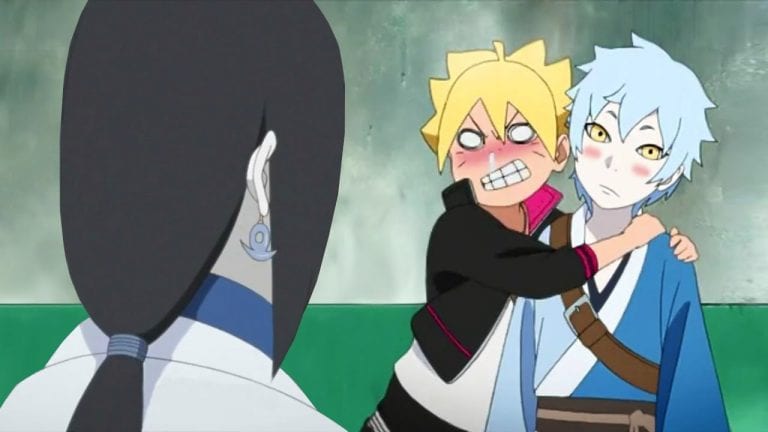 Mitsuki’s Side Story Revealed in Boruto: Naruto Next Generations Episode 39

Boruto: Naruto Next Generations have finally given some screentime to Mitsuki and his backstory. He really has been one of the most mysterious character throughout the series up until now. He’s far stronger than anyone else of his age. Is it because he’s related to Orochimaru or is there another explanation to it? Well, the creator is surely leading us towards another big arc with Mitsuki’s past.

To everyone who’s wondering about Mitsuki’s side story. It’s been finally revealed in Boruto: Naruto Next Generations Episode 39. We might get more hints or more details about the same in the upcoming few episodes of the anime. With such power distribution to Mitsuki and co. it seems the creator is really up to something. Whatever it may be, we will get an answer to that soon.

The 39th episode of Boruto is titled as, “The Path Lit by the Full Moon”. As per the story, we finally see Mitsuki’s end of the story. From waking up to Orochimaru’s care and dropping a cup of medicine when taking it to activate his sage transformation, stating that he’s not interested as a child into what the adults think.

Mitsuki has unlocked the sage mode, which makes him the youngest user of Sage. Orochimaru wishes that Mitsuki find a sun that will show him the light. And, it seems Boruto is going to be his sun, the one who shows him the light.

Boruto follows the story of Naruto. It is a Japanese manga series written by Kishimoto himself. Masashi Kishimoto is a popular Japanese manga artist. His most popular known work is Naruto and Naruto Shippuden. Both the anime and manga brought a revolution to the anime franchise. The manga has an anime adaptation with the same name. As of now, the anime has aired a total of 38 episodes, Boruto episode 39 will be out soon. Here is the trailer for the show: