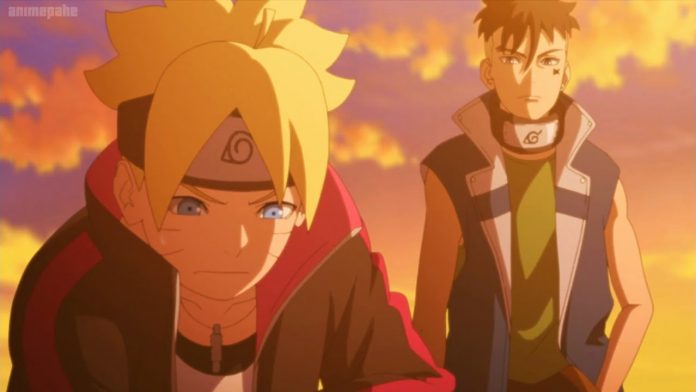 Let’s talk about the expectations for the Boruto Naruto Generation Episode 248. Naruto is one such anime that gave us many lovable characters. In fact, when the manga ended in 2014, fans weren’t ready to part with their favorite characters from it. Thus, in 2016, the mangaka Ukyou Kodachi created “Boruto: Naruto Next Generations” in order to continue the story of Naruto. In 2017, the manga was adapted into an anime. As of today, Boruto: Naruto Next Generations has 247 episodes with more episodes coming out. The release date of Boruto Episode 248 is mentioned below.

As mentioned above, Boruto is the continuation of the Naruto series that first came out in the year 2002. The anime was an adaptation of a manga by Masashi Kishimoto. It ran till 2007 and received a sequel in the same year called “Naruto Shippuden”. With Kishimoto joining Kodachi in creating the manga for Boruto, the series has been regarded as one of the most popular anime with a huge fan base.

What is Boruto: Naruto Next Generations About?

Boruto: Naruto Next Generations introduces us to most of the characters from the Naruto series and their children in a technologically advanced ninja world. It introduces us to the son of Naruto, Boruto Uzumaki as the central character. Boruto along with his friends deals with new villains that try to cause harm to the ninja world. Along with this, Boruto tries to understand his father’s ninja way. It also shows us the in-depth relationship the old characters have with each other as well as their children and also the friendship between these next-generation ninjas.

In the ongoing arc in Boruto, we see Team 7, along with Kawaki teamed up with others to go on their new mission. However, their new mission brings about a serious turn which includes intense battles as well as deaths. Boruto: Naruto Next Generations Episode 247 is the latest episode in this arc. The episode came out on the 1st of May 2022. It continues the story of “A Heavy Loss”, the episode where Kagura was killed. Thus, the episode is titled “Kagura no Tame ni” or “For Kagura”.

In the episode, we are shown the people of Kirigakure trying to restore their village a little after the battle. However, there appears to be a shortage of food. With Sarada in the lead, she asks team 5 to look for more food. Meanwhile, Boruto suggests avenging the death of Kagura. While Sarada prefers to not make decisions hastily and stay back to protect the village since it was Kagura’s last wish. On the other hand, the Funato Clan, although appearing strong, has been given a heavy blow by the protagonist team members. When the news of Tenma Funato and Seiren Funato’s defeat reaches the pirate, Araumi from the Funato Clan, he decides to step into battle. As a result, his first order given was to call everybody from his clan back.

After giving her share of food to hungry children, Metal Lee and Hebiichigo share a heartfelt conversation about the latter’s backstory. Cut to the village, Kawaki and the group get the news from some local children that they have seen a forest where there are many fruits. Thus, in order to obtain the fruits, Sarada sends Iwabee and Denki with the children. While picking fruits, the two ninjas are kidnapped by members of the Funato Clan. We then see a tired Funamushi refusing to go back in order to avenge his fallen comrades.

What can you expect from Boruto Episode 248?

Where to watch Boruto: Naruto Next Generations?

You can watch Boruto Episode 248, as well as its upcoming episodes, on Crunchyroll.