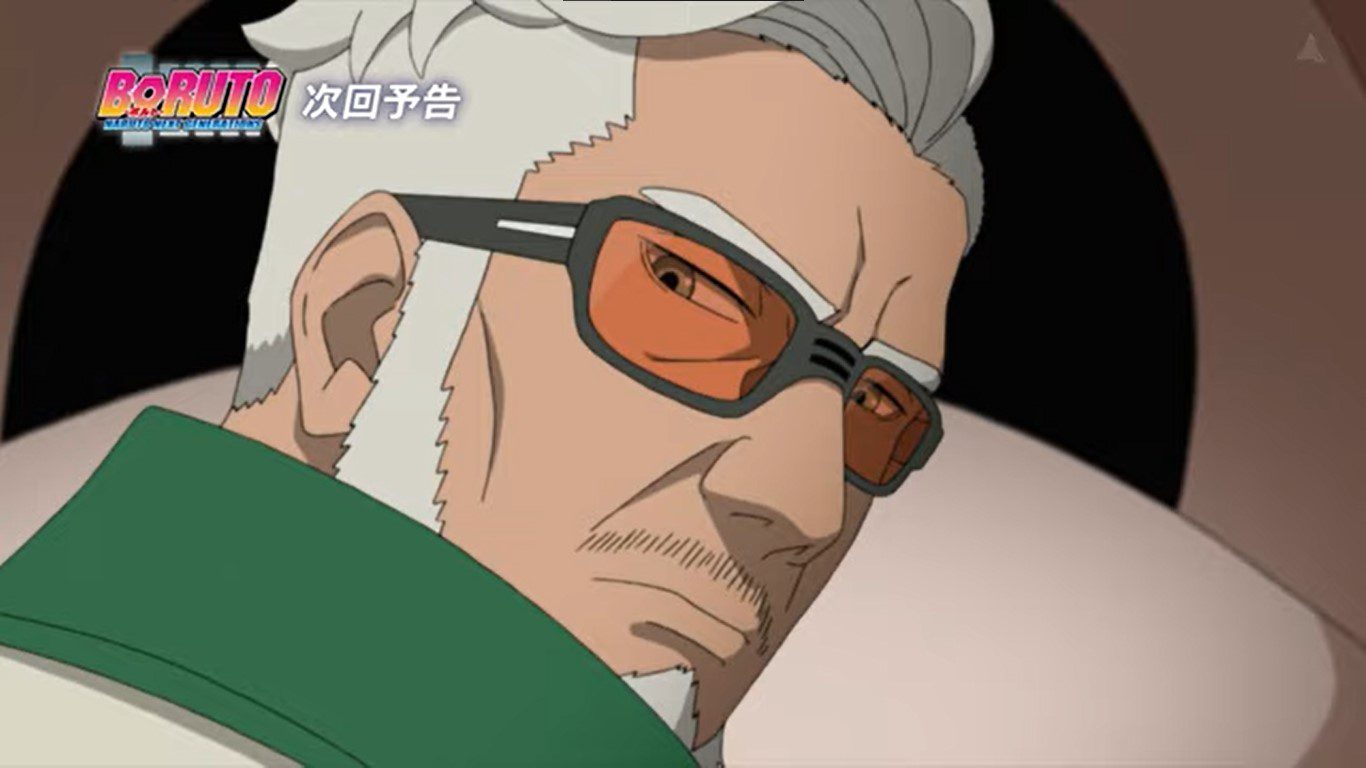 At the moment, Jigen is still recovering from his exhaustion as he recently battled Naruto and Sasuke to the point of reaching his body’s limits. Things have calmed down in the leaf village, but the Hokage’s office is on alert as they think Jigen might strike again at any time.

Meanwhile, the true intentions of Amado and Jige will be fully revealed in the next episode as we only got a preview of what they have been planning. Back in the leaf, the Genin were on Kashin Koji’s trail after noticing a strange man moving around the village.

So we got to see their skills in action, and towards the end, we had a brief confrontation between Kakashi and Kashin Koji. After this, the village is likely to raise their alert once again as someone managed to bypass their sensory system without their knowledge.

After things have been calm for a while and with another one of Kara’s inner defeats, then things will turn to a situation in the HQ which will probably mark the falling out of Kara from this point.

It will be interesting to see all the events coming to the anime with Jigen’s impending attack. The anime is progressing well and, as usual, will continue with new episodes every Sunday without any noticeable breaks for the month. 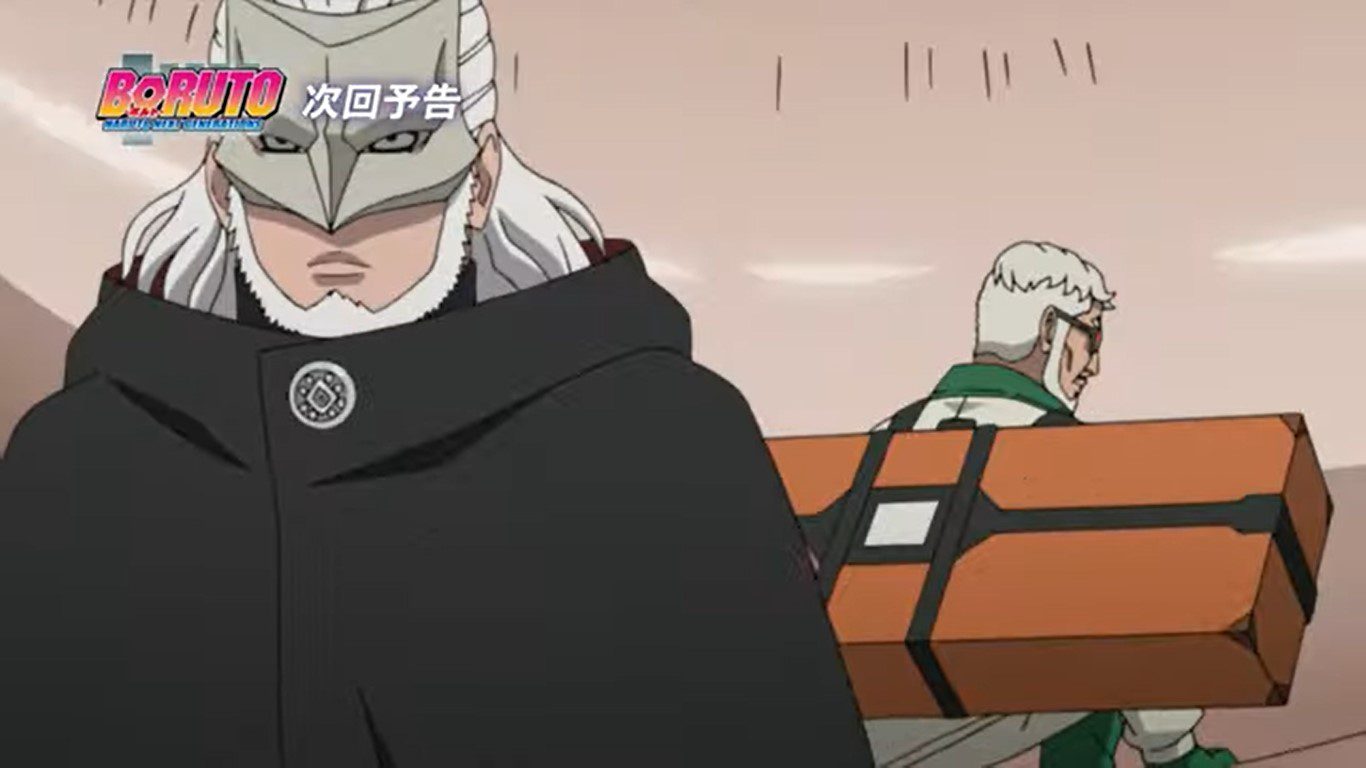 The last episode of the anime focused mainly on events inside the village where Kashin Koji’s tracks have finally been noticed. Kashin Koji has been inside the village ever since Kawaki was rescued and brought back to the leaf. So he has been sneaking around the village, keeping tabs on Kawaki and his development. He has been exceptional in his tracks and was only noticed due to his actions inside the leaf archive, which is supposed to be the most secured place in the village.

When team 10 heard about the stolen data from the archive Chocho convinced her teammates to join her on the search for the culprit. They ended up coming across Kakashi, who was on the same trail who proposed that they form a search party Falling into the traps of Kashin Koji once again. Kakashi realized his true motive and went to intercept him directly in the leaf’s archives. We managed to get a brief confrontation with Kashin Koji, managing to get away from Kakashi and giving up on the intel he was after.

Kashin Koji decided to retreat back to Kara’s hideout as he had something important to do. This is where we saw his conversation with  Amado, as it seems like they have been scheming something together.

With Koji gone from the leaf village, Shikadai wondered if Koji is someone who was once a leaf Shinobi and relayed the information to Kakashi, who will update the sensory system on the weakness of their defenses.

From the next episode, we will manage to see how things will continue in Kara’s hideout, where Kashin Koji intends to finish off a weakened Jigen. The next episode will be released on the weekend during its usual broadcasting time.

Boruto: Naruto Next Generations Episode 212 will be released on 22 August 2021 at 5:30 PM JST. This is where we will see Kashin Koji carrying out the lifelong dream that he had with Amado. So things will get intense from this point forward. The preview of the next episode is as follows:

Where To Watch Boruto: Naruto Next Generations Episode 212

Boruto: Naruto Next Generations Episode 212 will stream on its usual platforms, including Crunchyroll, AnimeLab, Funimation, and Hulu. The website has streaming licenses limited to certain regions, so you will have to find the one suitable for your local broadcasts.