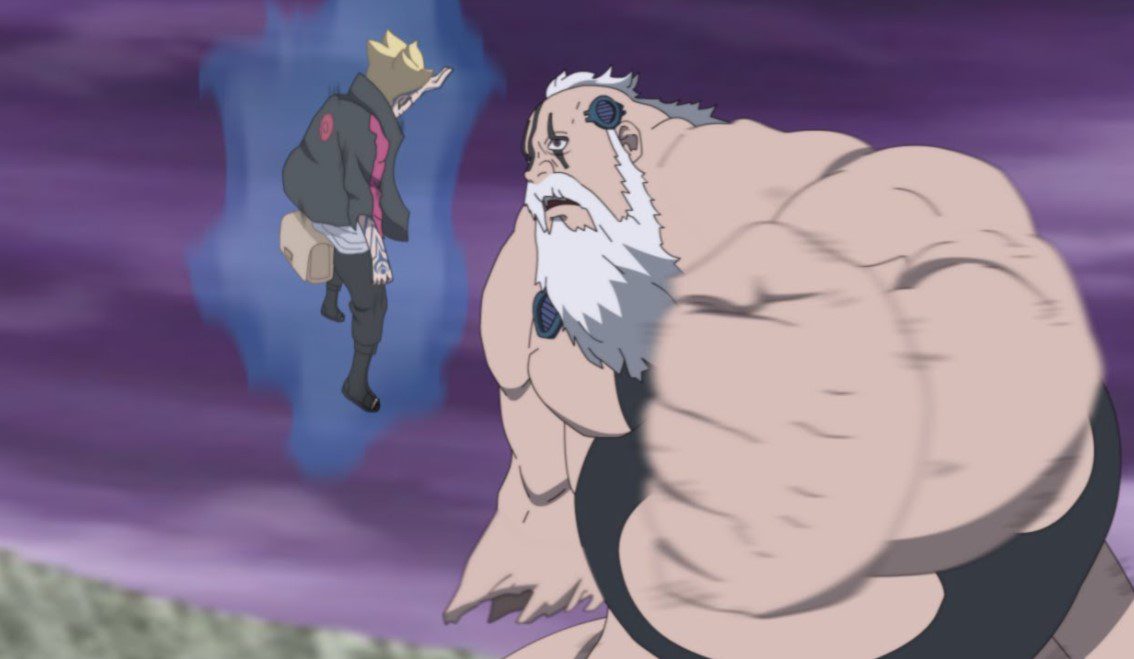 Boruto: Naruto Next Generations Episode 209 got delayed due to a weekly break. Let’s take a look at the adventures of Lord Seventh’s son Boruto. Boruto is a young boy who wants to be a Shinobi in his way and not like his father, Naruto. From the latest episode of Boruto: Naruto Next Generations, Team Seven had a final battle with Boro. They come with a plan that Sarada use Chidori to smash Boro and free Lord Seventh. After the explosion, Boro revives into a new form and punishes Team Seven. Boruto’s Karma triggers witnessing his friends getting bullied. Boro tried to stomp Boruto, who appeared behind him mid-air.

Boruto enters Momoshiki’s Manifestation and how Karma turns blue with one horn on his head. He told Boro that the battle is not over. Sarada saw Boruto and wonders what that form Boruto is possessing. Boro thinks that Boruto got passed by Otsutsuki. Boro tries to battle with Boruto, who cuts his arm. Boruto went to Naruto and stole some of his Chakra to finish Boro. He started to land massive strikes and realizes that there is something called Rasengan. Mitsuki wakes up and witnesses a new version of Boruto.

Boruto releases a Giant Rasengan, and Boro realizes he is dead since he never expects to see a guy wielding such overwhelming powers when the Karma is incomplete. Boro realizes that Koji has sent him to death and comments that Kashi Koji had betrayed him. Boruto fired the Giant Rasengan and killed Boro with a single hit. Kawaki wakes up, and Team Seven looks up at Boruto’s new form. Boruto’s Momoshiki’s Manifestation vanishes, and he returns to his body. He falls to the ground, and Mitsuki catches him.

Boruto regains consciousness, and Mitsuki notice that Boruto has no clue about what happened. Sarada decided to meet Boruto and realizes that that was another Boruto during the battle. Mitsuki thinks that Karma can become a feared weapon and be dangerous than anyone expected. After a few days at Leaf Hospital, the family waits for Naruto to wake up, and Boruto realizes they have spent two days waiting. Himawari is worried that Naruto is not awake and wonders if he will wake up.

Hinata told Himawari that nothing would happen to Naruto since he is a strong warrior. Himawari holds onto Naruto’s hand and feels some movement. She told everyone that her father’s hand moved, and Naruto suddenly wakes up, and the family gets excited that he is awake. Naruto comments that they saved him, and Boruto said it took time since they waited for him. Naruto asks if this is Leaf since he knows that he was fighting in another dimension. Hinata reveals that Team Seven brought him back.

Boruto told Lord Seventh not to worry since everyone is okay, but the doctors are tending their injuries. Naruto is glad that everyone is well. Boruto decided to talk with Kawaki that his father is awake. Naruto realizes that Sasuke was also part of the battle and wonders if Sasuke is okay. Sakura met with Sasuke outside and reminded him about his condition and that he should stay inside. Sasuke replies that he is bored of staying inside tied to a hospital bed. Sakura told Sasuke that Naruto woke up. 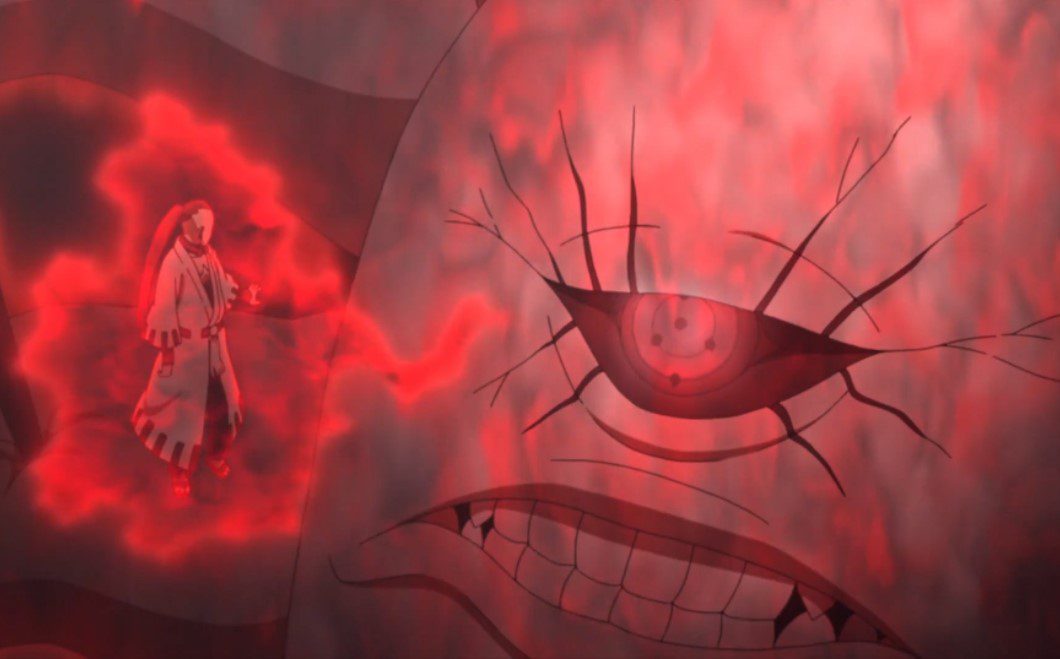 Dr. Katatsuke and Sumire take care of Kawaki’s treatment, and Katatsuke talked adverse reaction that is making the Chakra-incompatible prosthetic continue. The nanomachines within Kawaki’s blood is rejecting the negative response. Dr. Katatsuke revealed everything about Kawaki’s condition.  Kawaki saw that Sumire is holding something and asks her about the tools. Sumire replies that she is carrying painkillers; Kawaki comments that he is not a fan of painkillers since they make him feel weird.

Katatsuke told Kawaki that he would continue to help him recover. Kawaki reminds the two about his abilities and that he won’t die soon. Boruto surprised the trio by opening the door while shouting that Lord Seventh has woke up. Kawaki went to Lord Seventh’s room with Boruto. When they arrive, they find that Mitsuki and Sarada are there along with other Shinobis. Shikamaru comments that it is good that they are all here. Shikamaru apologizes for running the reunion, but he has some explanations to make.

Naruto replies that it has to be this way since they are chasing time. Shikamaru reveals the truth about Jigen, and he is a member of the Otsutsuki Clan. Sasuke comments that Ten-Tails is in Jigen’s possession, but he has lost power to use Transportation Ninjutsu to go that dimension. Sai adds that Jigen changed the coordinates. They both speak about Team Seven vs. Boro and how it played out. Boruto got convinced that Sarada defeated Boro using Chidori. In the afternoon, Shikadai visits Kawaki and thanks him for saving the Hokage while Sumire takes care of Kawaki’s injuries.

You can watch Boruto: Naruto-Next Generations Episode 209 online on Crunchyroll and AnimeLab.

Also Read: 8 Naruto Characters Worth Being The HoKage