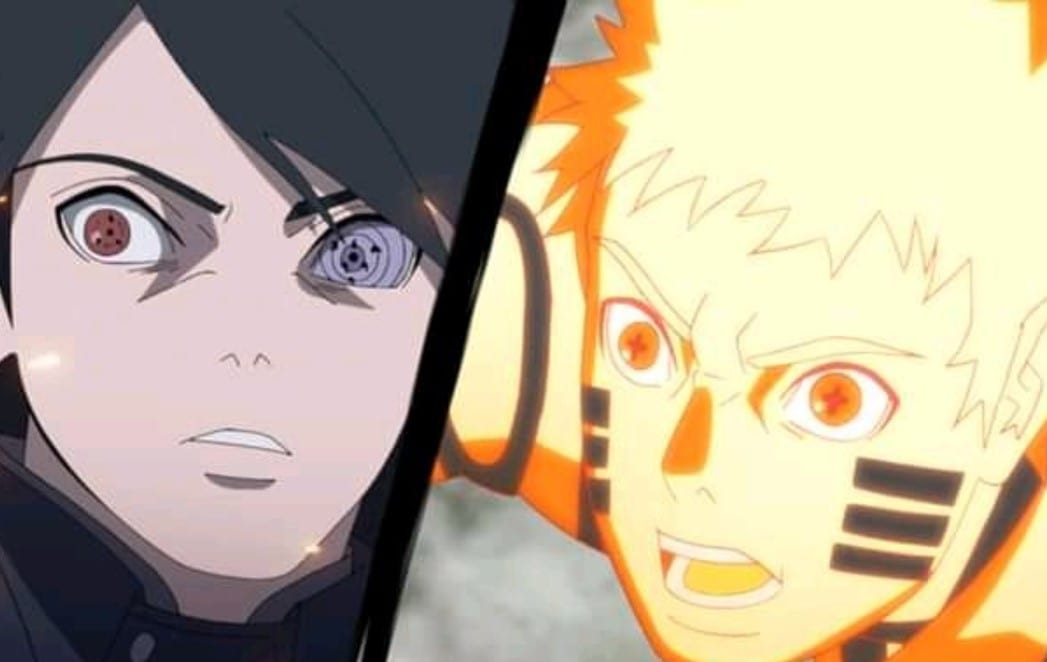 Jigen has recently arrived in Leaf Village trying to retrieve the vessel, but Naruto interfered, and the trio teleports to the dimensional world. Sasuke asks Naruto if he is okay, and Naruto replies that he is fine. Jigen asks Uchiha if he tried to trace the Hokage’s chakra in this world. Sasuke replies that he arrived in time to stop Jigen from taking Kawaki home without fighting a real battle. Boruto: Naruto Next Generations has finally arrived at Jigen’s era that everyone has been waiting to happen. Let’s take a look at how Sasuke and Naruto will battle Jigen below.

Naruto comments that if they crush Jigen here, they won’t have a problem in Leaf Village. Kashim Koji has sent his frog to record the battle between the trio as he continues to observe Kawaki and the rest of Shinobi in Leaf Village. Meanwhile, Boruto and Mitsuki are heading to the Uzumaki Household. Sarada arrives at the house and finds that the guards got beaten and asks one of the alive guards about what happened. She is holding flowers, thinking the flowers will be perfect for Himawari’s vase.

Sarada saw Konohamaru lying on their ground, and the blade has pierced all over his body. Sarada saw Kawaki and confronts him; Kawaki reveals that Jigen took Naruto away. Shikamaru also received the news that Naruto is taken away and finds that they cannot trace Lord Seventh after his disappearance. The shinobi reveal that they detected a strange chakra after Lord Seventh disappeared. The three-way battle begins with Naruto unleashing Rasengan to smack Jigen. Jigen blocks the two hits and kicks Sasuke away.

Jigen begins to punish Naruto and Sasuke, and the two realize that Jigen is absorbing their Jutsu using his Karma. Sasuke told Naruto to buy him some time as he prepares for another attack. Naruto unleashes Multi Shadow Clone Jutsu and begins to brawl with Jigen. The Shadow Clones got beaten one by one, and Sasuke tries to analyze the battle. Jigen uses multiple teleportations simultaneously, and the two wonders where he went. Finally, Jigen appears above the Shadow Clones and pierces all of them using his blades.

Naruto asks Sasuke if he has figured out something. Sasuke reveals that Jigen is shrinking matter and uses his rods to his advantage. Jigen shrinks himself to perform quick teleportation. Jigen is impressed by the kinetic visual acuity of Sasuke’s Sharingan and Rinnengan-based Transportation Ninjutsu. He told the two that he would start by killing Sasuke. Naruto jumps up, and Jigen follows while receiving a Giant Rasengan, but he managed to counter the first Giant Rasengan. The battle went back to the ground.

The three exchanged massive blows, and Jigen vanishes. Sasuke manages to locate Jigen and warns Naruto. Naruto attacks with the second Giant Rasengan, but it made no impact on Jigen. Lord Seventh is surprised to see Jigen diving deep inside that Giant Rasengan. Sasuke took his sword and tried to slash Jigen, who realizes that he made a mistake in attempting to absorb Naruto’s Jutsu. The two almost kill Jigen, who teleports to another location and return to the battlefield. 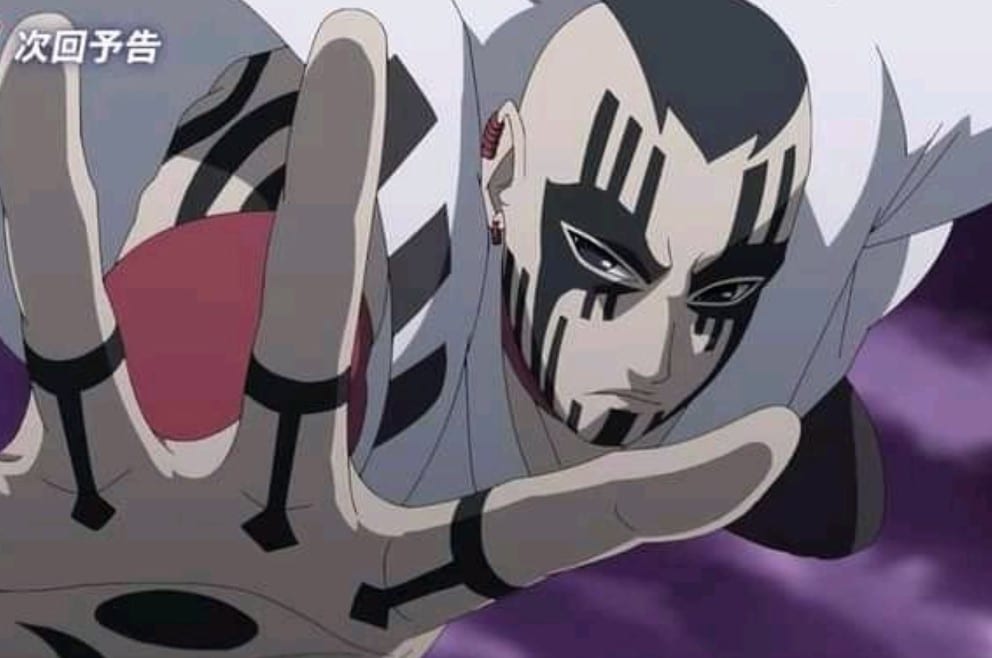 The Leader of the Kara

Jigen realizes that the time for warm-up is over and transforms after summoning the powers of Ten-Tails. Sasuke comments that every ability has a weakness, and Naruto wonders why Jigen looks like a monster after changing. Meanwhile, at Uzumaki Household, Boruto and Mitsuki arrives and wonder what has happened. Kawaki replies that Jigen happened. Sarada asks if Kawaki is talking about the leader of the Kara. Boruto pulls Kawaki by collars, and Mitsuki told Boruto to calm down.

Kawaki comments that ”HE” said he took Lord Seventh somewhere. Mitsuki suggests that they should find help and locate Lord Seventh. Kawaki reveals that Naruto is still alive since his arm is still functioning. Boruto comments that his father can’t get taken down quickly. Back to the battle, Sasuke talked about Mosmoshiki, Kaguya, and Kinshiki Otsutsuki’s evidence. Sasuke also adds he saw a new different Otsutsuki. Jigen asks Sasuke if he is talking about Otsutsuki.

Sasuke reveals that Jigen has a horn that looks exactly like the new Otsutsuki he saw. Naruto wonders what Sasuke is talking about, and Sasuke shows that the Tail Beast is a juvenile Ten-Tails. Naruto comments that when it comes to Otsutsuki and Ten Tail, it means Jigen is planning on draining the chakra of the whole planet. Sasuke and Naruto summoned their beast within them. Jigen punished the two, but he lost the Transportation Ninjutsu. Later Sakura finds Sasuke’s body in front of her house.