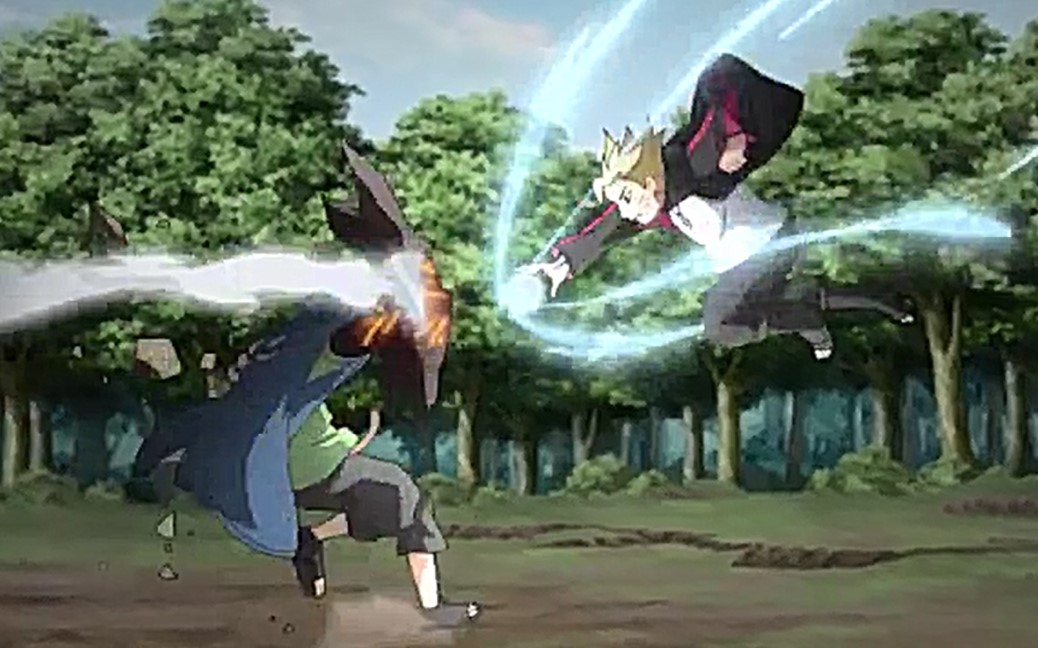 Koji has managed to locate where Kawaki is after infiltrating the Leaf Village. The episode is titled Delta. Kawaki wakes up in the morning, picks up the trash, and puts everything in order inside the house. He was a picture of Boruto and his family and realizes that the brat has a wonderful family. Hiwamari sneaks inside the room, and he comments he can see her. She thanks him for buying a new vase and told him not to bother fixing the old vase. Boruto is at the dor listening to the two as they talk.

Meanwhile, Koji is hiding on top of the building with his Summoning Toad. They are ready to make a move. Koji finds that Kawaki is living in Hokage’s house, and he was not expecting that. He realizes that he has to pull a plan that will work since Hokage is always protective. Koji thinks that Kawaki might do something that will make him capture him. But he is worried about Boruto since the two have become best friends. Meanwhile, at Jigen territory, Code asks Amado about Jigen.

Amado told Code that he hadn’t seen Jigen and he is busy. Code asks him to tell him anything if he knows. Amado reveals that Jige’s recuperating and orders that no one should disturb him until he is done. Code notice that Amado is going through Kawaki’s files. He asks Amado how it will help since Kawaki got taken away. Amado reveals that he is checking if the traitor accessed Kawaki’s files or not. He asks Code why he was looking for Jigen. Code replies that he was just missing Jigen since it has been a long time.

Amado reveals that Delta and Koji are out to retrieve the Vessel, but he is worried about that. He reveals that Jigen is not attached to the Vessel anymore, and he wonders what his new plan is. Code comments that it is not the case since Jigen has said it is impossible for the Vessel to escape from him. Amado wonders what Jigen is trying to say when he said it is impossible. Code reveals that maybe it means Jigen has already found out who the traitor is. Amado wonders why Jigen is letting him investigate when he knows who the traitor is.

He comments that he will make Jigen wish he was dead. Amado told Code to go and check up on Boro. Code replies that he can’t bring Boro back since he cannot go out without Jigen’s permission. Amado asks if he will go if he gets permission for him. He manages to convince Code using Jigen’s name, and Code agrees. Meanwhile, Delta is tired of waiting for Koji. She thinks that she should get in, but the Shinobi will able to locate her Chakra. Delta realizes that she also has a way to infiltrate Leaf Village. 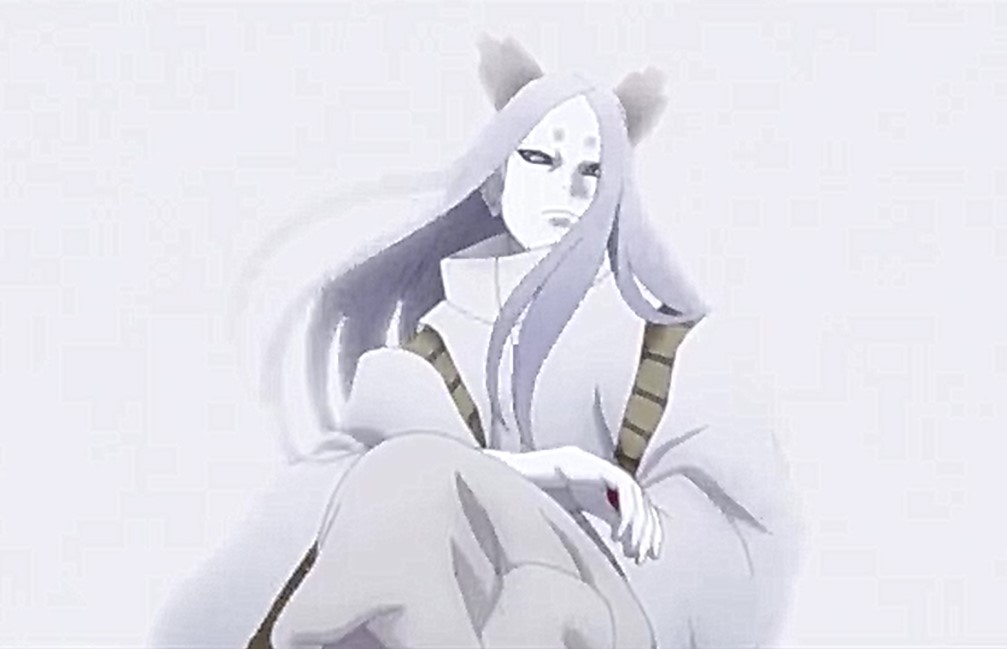 She unleashes something like a drone that got implanted on her back. Delta sent that drone to search for Kawaki. At Uzumaki’s house, Boruto notices that Kawaki struggles to glue the vase and decided to help him. The two talk about Karma, and Kawaki decided that he will help Boruto. Naruto was listening, and the two head to the training ground. Naruto and Hiwamari follow them, and when they arrive, Kawaki said he would teach Boruto to activate the Karma perfectly.

The two activated their Karma’s and started to exchange massive blows. Naruto notices that Kawaki’s body got modified with Scientific Ninja Tool. Boruto unleashes his signature move: Shadow Clone Jutsu. He manages to trick Kawaki and attacks with a Rasengan, but Kawaki manages to block it using a metal hand. Kawaki manages to cancel the Rasengan, but it leaves a bruise on his hand. He told Boruto that they are moving to another step.

He unleashed a laser beam and told Boruto to absorb it with his Karma without dodging. Boruto manages to absorb the second blow, but he got his hand bruised. Koji’s Toad is watching them on top of the tree. When they do Union signing, Boruto felt the presence of Momoshiki Otsuki. Boruto wonders why Momoshiki Otsuki has to appear now.

Koji notice that Boruto’s wound heal itself. Boruto realizes that he is the one who saw Momoshiki Otsuki. Koji thinks he should stay hidden, keep an eye on Boruto. Delta has located her target, but Koji realizes that she pulled a foolish move. Naruto felt that and told the three that the enemy is coming here. Delta arrives, and Naruto decides to face her.