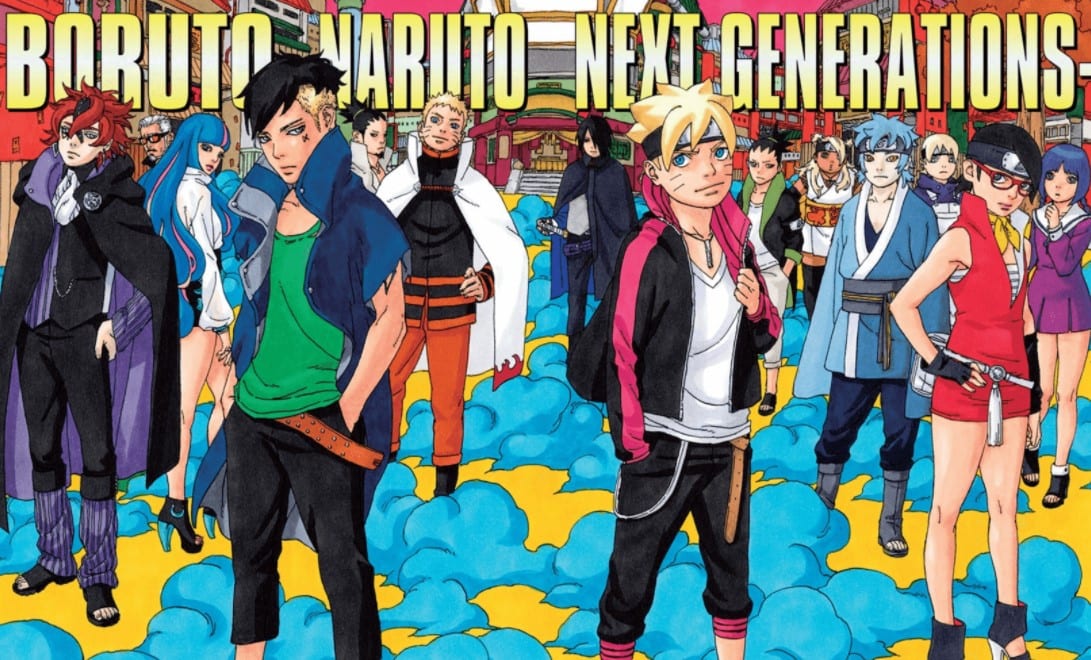 The story beyond the Karma mystery is still unsolved while Code wants to avenge the death of his master that he considered his God. Let’s find more about Shinobi life and the Ninja way on the recent development of Boruto Naruto Next Generations. Code and Eida talked about their plans, and a strange boy name Daemon arrives. Daemon toys with Code, and Eida reminds Daemon to have manners. Daemon teases Code to take care of Eida. Code witnessed the powers of Daemon when he pulverized a guy passing by. The chapter begins with Daemon crouching with a hand on his cheek. The chapter title is ”Place to Belong.”

Shikamaru and other Shinobi investigate clues about Code. Shikamaru reveals that Code shows up where he left a mark, and he might be after Ten-Tails. The Shinobi with Shikamaru said other villages are reporting multiple claw marks. Shikamaru is worried that one guy is giving five villages a hard time. He talked with the other Shinobi’s about the Kara Outers, but they didn’t get information. Shikamaru realizes that the claw marks are only their lead. They both talked about keeping an eye on Naruto, Boruto, Sasuke, Amado, and Kawaki since the enemy has unfinished business with them.

Kawaki is sitting out alone wondering about something, and Sumire continues with her conversation with Amado. Sumire asks Amado what he will do with Kawaki once he restored Kawaki’s Karma. Amado replies that he is not hiding anything, and this is the matter that he and Kawaki will settle. Amado said that he knows that Sumire doubts him, but he has intentions of harming Konoha. Sumire saw a container and asks Amado, who told her to leave since he is busy.

Sumire wonders why Amado is not opening up about his experiments. Amado spoke about the equipment he shared with Katatsuke and created a powerful Konoha ally. Sumire wonders what powerful ally Amado is talking about; meanwhile, Dameon enjoys riding on Code’s back. Code told Dameo that playtime is over, and Dameon teases him that he has no stamina. Code call Eida to talked with Dameon, who can’t stop playing. 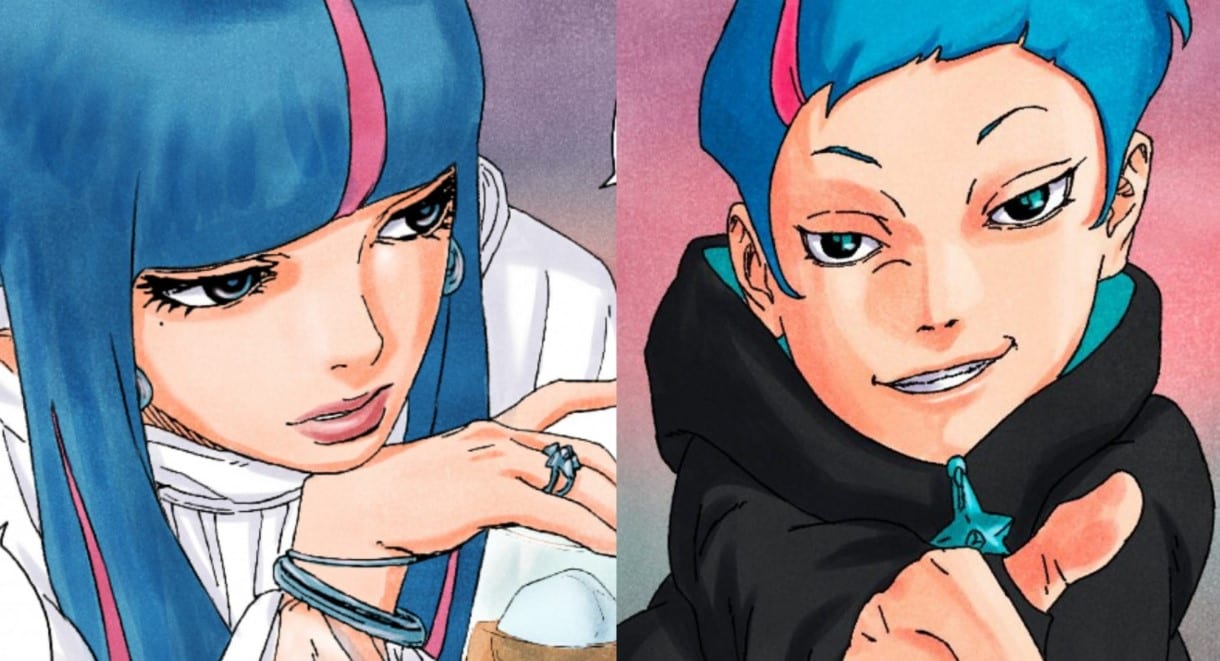 Code notice that Daemon possesses tremendous powers and asks him to explain. Eida interferes and told Code that they can’t reveal their trump card now. Code replies that they can trust him. Eida shows that she has said that Dameon reflects attacks in the past, saying that for now, Code comments that Eida is a tough one when it comes to secrets. Eida reminds Code that they have not met for so long, and she can expose everything at once.

Dameon notices that Code and Eida won’t stop arguing and said he would tell Code next time. At the village, Kawaki enters the store and sees that the citizen is gossiping about him. Boruto talked with his mother about Kawaki and realizes that he hasn’t come for dinner. Lord Seventh meet with Kawaki and spoke about what’s boring him. Kawaki said there is no place for him anywhere in this village, and he loves staying near the faces of Hokage statues. Kawaki also talked about Jigen and that he is a troublesome outsider.

The two head home, and Kawaki gets a welcome party. Boruto offered Kawaki a Shinobi headband and told him that he would become a complete Ninja. Kawaki put on a headband and decided to put it around his neck. The trio went to bed, and Naruto told Kawaki that Konoha is a place where anyone, even Kawaki, can live at ease, and if not, there is no point in him being Hokage. The two fall asleep, and Kawaki thinks about acquiring brand new power to protect the village and Lord Seventh. Kawaki thinks that Amado’s plan is perfect.