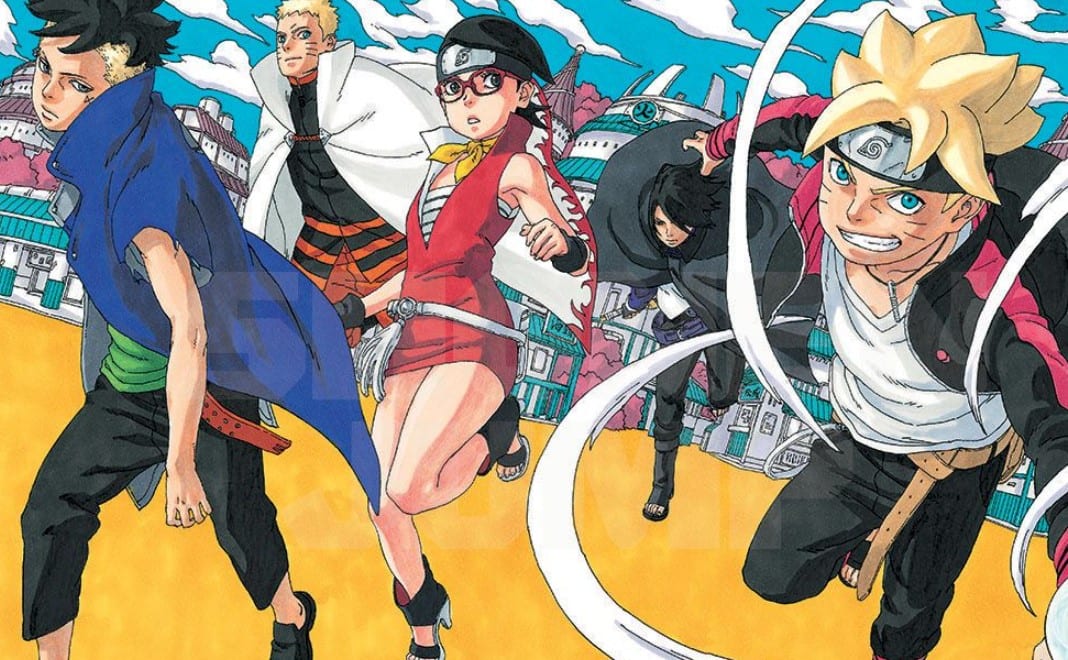 Today we’ll be talking about Boruto Naruto Next Generations Chapter 60. Boruto Naruto Next Generations has returned with another chapter after thirty days. The title of the latest chapter is ”Knight.” The chapter begins with Code strangling Kawaki, asking Kawaki why he is not the chosen one, and wonders what makes Kawaki so unique. A young Kawaki comments that Code has strength like a monster. Code realizes that he is jealous, and he wished Kawaki wasn’t the chosen vessel. In the present day, Kawaki wakes up and finds that Amadao and Sumire are near him.

Sumire asks Kawaki about his dream, and Kawaki replies that it is nothing but a dream. Amado comments that Jigen might be punishing Kawaki in his dreams. The boy reveals that he saw Code in his dream. Amado replies that Kawaki is missing the point and Kawaki is still Ohtsutsuki’s vessel, and nothing will change. Kawaki gets furious, asking Amado what he is trying to say. Amado responds that Isshiki’s soul may get lifted, but Kawaki can be Isshiki’s host and make him the vessel.

Kawaki told Amado to keep quiet, and he must never say that he is the vessel. Amado reminds Kawaki to face reality since his body is Ohtsutsuki’s died. Then, he unleashes his powers and pins Amado with the wall. Sumire tries to stop Kawaki from strangling Amado. Kawaki comments that he got fed with the old geezer. Amado told Kawki that it is an excellent plan to implant Boruto’s Karma into Code since Boruto will get a chance to reincarnate if the method works. Kawaki replies that Code has got a new Karma, and it will be tough to implant another Karma on Code.

Amado reveals that Boruto won’t resurrect until the extraction gets completed, and Code becomes the fied if the plan goes accordingly. Code won’t wait for that to happen since he has his goal. Amado also said that Code would attack to kill to avenge Isshiki’s death. He reminds Kawaki that if he wants to protect Lord Seventh, the plan they have will backfire. Kawaki asks Amado if Lord Seventh can defeat Code. Amado took his cig and light it after Kawaki freed him.

Amado replied that he is not sure since no one knows the strength of Naruto without Nine Tail’s Chakra, but Naruto might face death on a one-on-one with Code. The battle between Naruto and Code will be different from the one Naruto had with Delta. Amado asks Kawaki if he needs more powers since he has lost his Karma. Kawaki comments, ”get to the point, old geezer.” Amado talks about a Karma that is purely a weapon since Isshiki is no more. Sumire wonders what kind of Karma is; Amado reveals that he can make that happens since Kawaki has base criteria.

Kawaki thinks that the old geezer is out of his mind since he tells him that they can implant him with Karma. Amado told Kawaki to wake up since he wants that power. Meanwhile, Code and Eida are at their base talking about Kawaki and the Hokage. Eida feels pity for Kawaki, who can’t protect Hokage from Code. She asks Code if he will spare the Hokage. Code replies that he will never let go of the guy who killed his god Isshiki. Code comments that Momoshiki and Isshiki are the gods he has put his faith in and won’t rush to kill Naruto.

The old geezer that helped Eida to resurrect wonders when the two will leave. Later Kawaki and Shikadai walk together, and Shikadai notices that village boys are talking about Kawaki. They decided to ignore the boys, and Shikadai reveals that the rumors are about Isshiki and someone either true. Everyone in the village is scared of Kawaki, thinking that he poses a threat to everyone. Shikadai told Kawaki that Konoha is his home no matter what since Lord Seventh is the one who welcomed Kawaki. 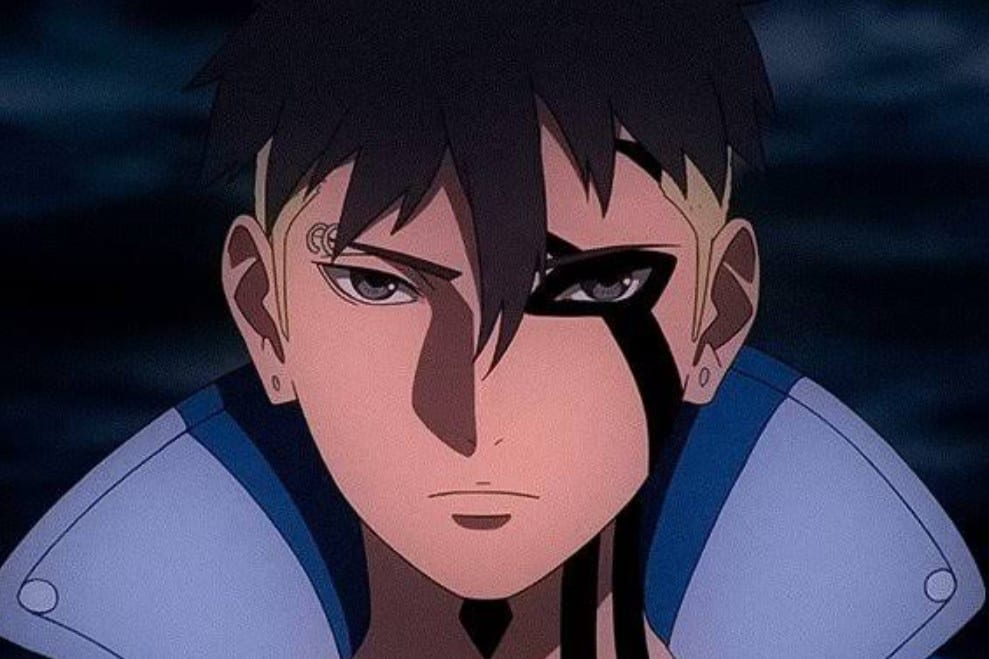 Kawaki thanks Shikadai for comforting him with words that make him feel welcomed. Amado and Sumire talked about Isshiki’s life span and soul. Sumire asks Amado if he can revive Kawaki’s Karma. Amado talked about how Code failed to become the chosen one, and Kawaki can regain his Karma back since Isshiki is no longer alive. Meanwhile, Code and Eida talked about the cyborg that Boro brought to the base. Eida wonders who can kill her other than Ohtsutsuki.

A strange boy arrives and climbs on Code’s back and comments that he has a nice ride, and Eida told him to hop off. Eida reminds Daemon about hopping on strangers, and Code wonders if he has become a stranger. Daemon told Code to be serious with Eida, or he will punish him if he hurts Eida. Daemon demonstrates by beating a man who was passing by and commented that the guy is a fool. The guy that got beaten tries to fight back using a sword. But he got his head cut, and Code notices that Daemon can reflect attacks. Sumire wonders if Amado is up to something.