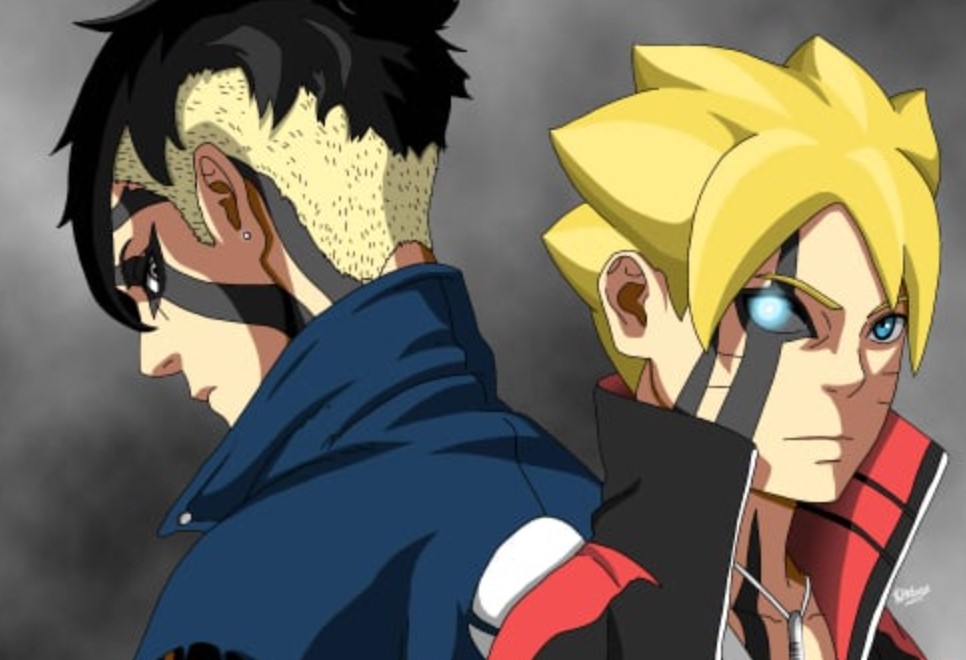 Isshiki reveals that his 20hr has been shortened to 30 minutes left for his current vessels. Kurama said that all they want is to attack Isshiki until his time is up before their time is up. The battle continues with different kinds of attacks and exchanges of blows. Naruto’s Chakra continues to decrease, and Isshiki’s lifespan decreases. Isshiki saw something, and he is happy about that. Kawaki wanted to tell something Shikamaru, but he moved to another dimension that leads him to the battleground.

Shikamaru is shocked that Kawaki vanished at the battleground, Ishiki is glad that Kawaki has finally met with him. At Konoha, they think that it is Ishiki’s doing for Kawaki to disappear. They are wondering what Isshiki is planning to do since Kawaki doesn’t have his Karma. Katsuke reveals that he is not 100% sure, but he knows that it is Isshiki who has taken Kwaki to where he is now. He also thinks that Isshiki is now in control of everything since they lost Kawaki.

Boruto Naruto Next Generations Chapter 54 will be released on Wednesday, 20 January 2021, on Viz. This manga runs on a monthly schedule meaning that it releases a new chapter once a month. You will keep on getting a new chapter every month unless the Manga goes on a monthly break. You can catch recent updates of this manga on Boruto Naruto Next Generations Chapter 53. Take a look at how the battle continues below. 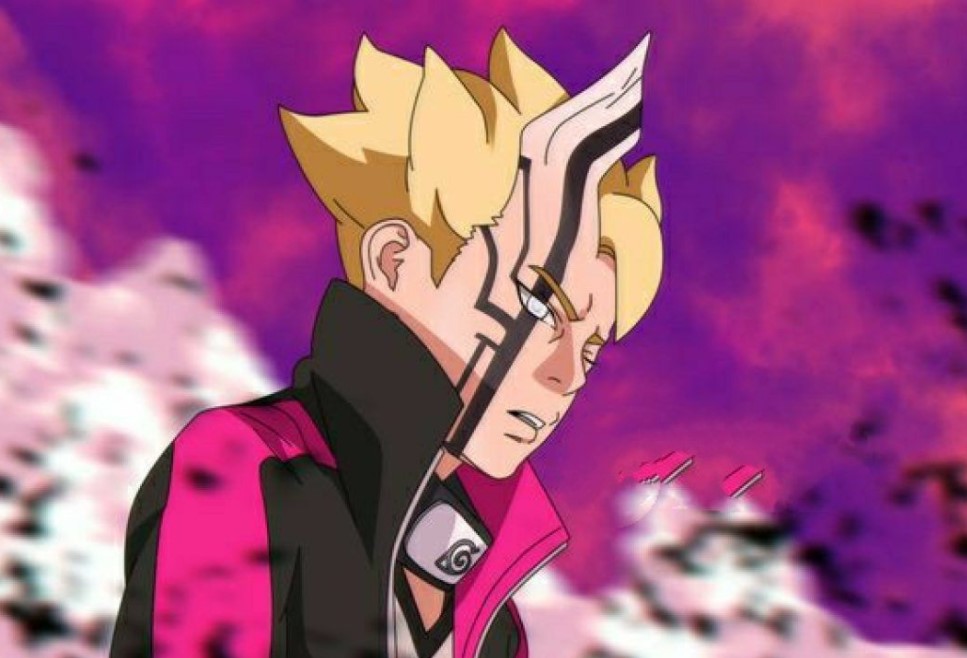 At the battleground, Kawaki realizes that Ishiki wants to plant another Karma on him. Isshiki also realizes that the Shinobi has given him trouble, and he is only left with five minutes to complete his plans.  Kawaki thinks that the better option is to avoid Isshiki until his time runs out. He believes that no monster can escape death no matter what, and Isshiki believes that he will use Kawaki’s body and regain Karma.

Kawaki tells Ishiki that he will celebrate when he witnesses him dying. Naruto notices that Kawaki is not safe and yells at him to run for his life. Isshiki notices that Naruto has left himself open and attacks him. He pins Naruto to the ground telling him to go to sleep, and Kwaki tries to escape at full speed. But it wasn’t enough as Isshiki appears in front of him after putting Naruto to the ground.

Isshiki tells Kawaki that he can’t escape and choke his neck. He said that it would be over in a few seconds he must not try to struggle. Sasuke uses his Jutsu and exchange position with Kawaki, which surprises Isshi, who realizes that he is choking Sasuke. Sasuke orders Kawaki to pick something and throw it in his feet. Kawaki follows Sasuke’s orders and continues to keep his distance from Isshiki until his life runs out.

Isshiki realizes that Sasuke was telling Kawaki to break the smokescreen so that he can’t see anything. Ishiki said a smokescreen wouldn’t trick the Byakugan. Ishiki started touse his Byakugan to locate Kawaki, but he can see him, and he is wondering what is happening. He started to yell Kawaki’s name move there and there. Naruto and Sasuke lie on the ground, hoping for their plan to work as Kawaki keeps on hiding.

Isshiki gets angry, saying that he has no time waste and he can play this game too. Kawaki decides to punish Naruto to lure Kawaki out, and Naruto tells him to focus on hiding. Isshiki steps on Naruto’s chest, yelling for Kawaki to shows up within 20 seconds or he will kill Naruto. He continues to yell if he doesn’t care that the beloved Hokage will die. Sasuke notices that if Kawai hears that, he might come and offer his body to Isshiki.

Sasuke realizes that he has to protect everyone up instead of hiding. He had a flashback when he uses to hide and got punished by his master, and Isshiki started counting. Kawaki realizes that he asks Naruto to train him, and he can’t let him die just like that.

Isshiki count and reach one and Kawaki show up from a distance. Isshiki praises him that he is a good boy and started to head towards him, and Kawaiki prepares himself to fight back. He tries to fight Isshiki with Ninjutsu, but Isshiki manages to grab him. Isshiki started to wonder why Kawaki is giving in and asks him what he is doing. Kawaki explains how Naruto has treated him and how he finds a reason to live with Naruto on his side.

Kawaki is glad that his plan will soon start to work, and he thanks Naruto for training Kawaki. He is glad that he is going to get new powers through Kawaki. Kawaki said that Isshiki doesn’t understand what he is saying. He reveals that a world without Naruto is meaningless, and he would rather die to save Lord Seventh. Isshiki tries to kill Kawaki, and he then leaves him and said he can now go to sleep worry-free.

Isshiki realizes that his time has run out and started to give Kawaki credits. Isshiki is glad that he was pushed this far by mere humans, and he notices something about Kawaki’s Karma. He asks Kawaki what has he done since he knows that he has implanted Kawaki a Karma. Isshiki collapses and falls to the ground while Karma reveals that it was a Shadow Doppel Ganger Jutsu. Kawaki explains how he tricked Isshiki and tells him that’s reality.

Isshiki is shocked, and the truth is Kawaki didn’t have the Karma since he had lost it before he was teleported to the battleground. He was using the Shadow Jutsu to fool Isshiki that he still has his Karma. Boruto shows up with new power and a horn on his other side of his head. He started to attack Sasuke, and everyone is surprised at what is happening. Boruto said that Kawaki is the only nuisance left since he never thought that he would defeat Isshiki.

Boruto Naruto Next Generations is officially available on VIZ Media and Shueisha’s Manga plus official platforms. Raw scans for new chapters are released 2-3 days before their respective chapters are released. We advise you to read the digital copies from their official websites and apps to support the Manga creators and publishers.