Boruto is tremendously grabbing the attention of fans across the world, and after its Isshiki arc, the story is getting hot with each episode. The month of January was very productive for Boruto. The whole month focused on character development and side story arcs. We got to see the first mission of Kawaki as a Team 7 and a new villain introduced to us who has its own reason to fight. In this article, We will talk about the February schedule of Boruto and see what can be expected from each particular episode. Make sure to read this article till the end.

Boruto is a Japanese manga-based anime written by Makoto Uezu and Masaya Honda. The famous writer Ukyo Kodachi supervised the story till episode 216. The series is based on the after events of Masashi Kishimoto’s famous manga-based series Naruto Shippuden and revolves around the son of Naruto Uzumaki, i.e., Boruto Uzumaki. It is a journey of Boruto and his way towards being a Ninja. He shares the exact opposite dream as Naruto and wants to become someone who supports Hokage from the shadows. The story is progressing at a steady pace, and our new heroes, Boruto and his team training harder than before to become the protector of Konoha from external and internal threats. Now let’s come to our main topic.

This is the 236th episode of Boruto anime. The director and writer of this episode haven’t been revealed yet. This episode will continue the Isari arc and might include some light actions. The title indicates some kind of trouble for our heroes. It is also a possibility that they got stuck somewhere and now finding ways to escape from there. All we need to wait for 13 February. This episode will air on TV Tokyo as well as various streaming platforms, including Crunchyroll.

This will be the 237th episode of Boruto anime. The director and writer of this episode haven’t been revealed yet. It is very hard to predict exact detail for this episode at this point in time, But it seems that our heroes are finally in some fortress. This episode has very potential to demonstrate strong fight scenes, and we can expect Kawaki to show his powers to the world. The next section supports our claim, so make sure to read that one. This episode is all set to release on 20 February 2022 on TV Tokyo and on Crunchyroll.

This will be the 238th episode of Boruto: Naruto Next Generation anime. The director and writer for this particular episode haven’t been released yet. The exact prediction for this episode is close to impossible, but as we talked about in our previous points, Episode 237 could showcase the heavy battle. It seems that they manage to defeat some enemies, and now the main enemy is heading toward them. As the title describes, The episode will be based on some kind of ship of a powerful enemy. This episode will release on 27 February 2022 on TV Tokyo as well as on Crunchyroll.

Where To Watch Boruto?

Now comes the last part, where to watch Boruto legally? There are various platforms that support simulcasting of anime, including Boruto legally. The most trusted and widely used platform is Crunchyroll. This platform allows us to watch thousands of anime legally, including Boruto, at a very nominal subscription price. However, If you are not comfortable with paying for the subscription, you can still enjoy the show with ads in standard quality as it supports ad-supported content. Here’s the link to watch Boruto on Crunchyroll. 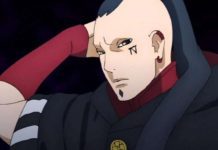 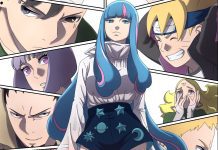 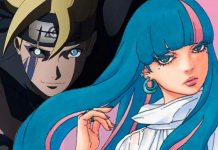