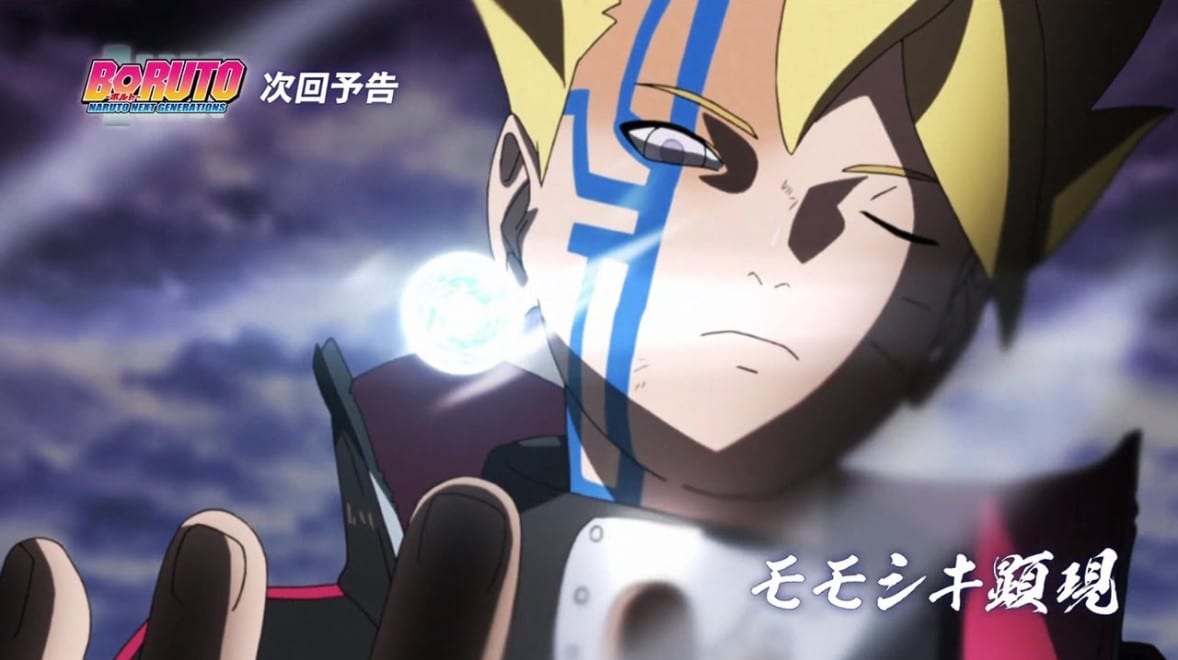 Boruto anime has finally reached interesting territory as Jigen recently paid Naruto a visit in his house. This saw their battle began with Sasuke joining them later on, only to end up with their defeat. But this ss has left JIgen exhausted and could no longer pursue Kawaki and heads to the headquarters to recover. The latest episode of that anime saw Kawaki joining team 7 on their way to rescue Naruto thanks to his newly identified Karma powers.

Leaving back Shikamaru and his troops, they confronted Boro, who was standing guard of the seal that kept Naruto away. Meanwhile, Sasuke recovers back at home, so this meant that everything lies on the newly formed team 7. The current arc of the anime had only begun with promotional visuals released by the franchise production teams not long ago.

The anime is currently in the Kawaki Arc: Otsotsuki Awakening which started two episodes ago. So the upcoming episode will be centered around the Otsotsuki awakening that the last episode previewed upon. Just when the new team 7 managed to defeat Boro, they were so exhausted as Boro’s powers ran out of control, with him turning into a giant monster. This means that even if team 7 wanted to finish off Boro, it would not be possible as they were out of stamina and energy to finish him off, so it was best for them to let him self-destruct.

Boruto: Naruto Next Generations Episode 208 will release this weekend and will have us see Boruto’s Otsotsufication somewhat complete as Momoshiki seems to have taken over the exhausted body of Boruto. At least this came at a crucial moment because Boro was determined to kill them one by one before his body destroys itself.

With Boro taking out team 7 one by one before his body self-destructs, it looked as if all hope was lost as Boro made sure that Boruto is really dead. At the last desperation moment, Boruto awakened as Momoshiki’s vessel. And this time, with a weakened body that has almost run out of stamina and Chakra. Then there were the perfect conditions for Momoshiki to take over. Boruto’s Karma has been developing quite well thanks to his interaction with Kawaki, and this only made Jigen happy when he saw them last time.

But with Boruto unconscious, it appears that it is about time we see how Momoshiki’s take over will look like. Just when Boro wondered where Boruto went, he appeared floating above Boro. And based on what he had said next, we now know that it was not Boruto, and we are looking forward to what will happen next. Obviously, that first thing will be to take care of Boro, and with the rest of team 7 unconscious, then it makes looking forward to the next episode even more interesting. 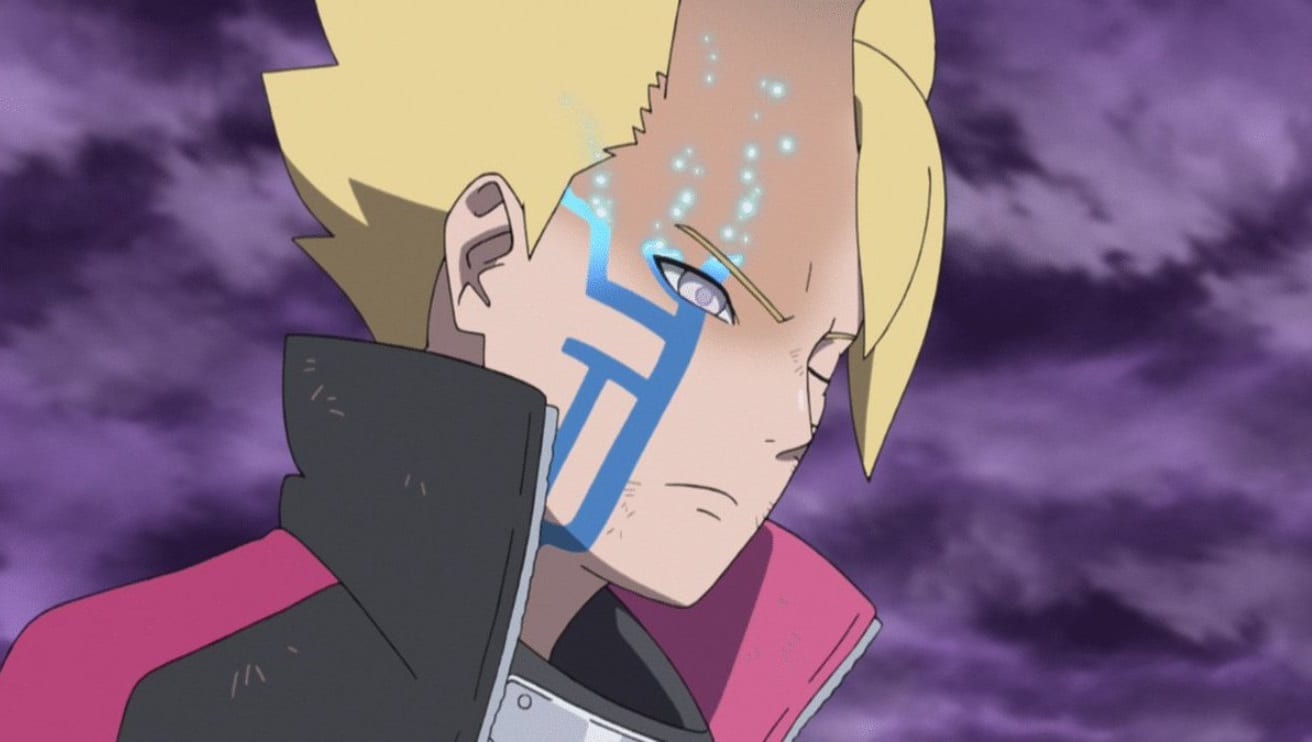 For the upcoming episodes, things will cool down for a while. But that will be until Jigen makes his return, but for now, things are in the leaf village’s favor as Jigen is temporarily out of the equation. Then with Naruto recovered and knowing that Boruto will take care of Boro, then Kara will be held back for a while; everyone else recovers and prepares for Jigen’s next attack.

Team 7’s development has proved to be tremendous; lately, this is only logical since the last time they faced an Otsotsuki, they only noticed how weak they are. And with Kawaki coming in and displaying how powerful he is the this only created more pressure for the team to look for ways to become stronger.

For now, it will be safer to stay away from spoilers. The upcoming episodes will be crucial as they will be slightly different from the manga. We are also looking forward to the animation of the upcoming fights and the effects that we could not get from the manga. But the storylines remain the same; hence we won’t go as far as the parts of the manga that are yet to appear in the anime.

It would help to look at how the anime has been going lately. Things have been too quiet for a while, and finally, seeing the leaf Shinobi in action, then it will be one interesting thing. The spotlight of the moment so far is Boruto’s Karma that has just awakened, so we are now looking forward to all the events that will be surrounding that. 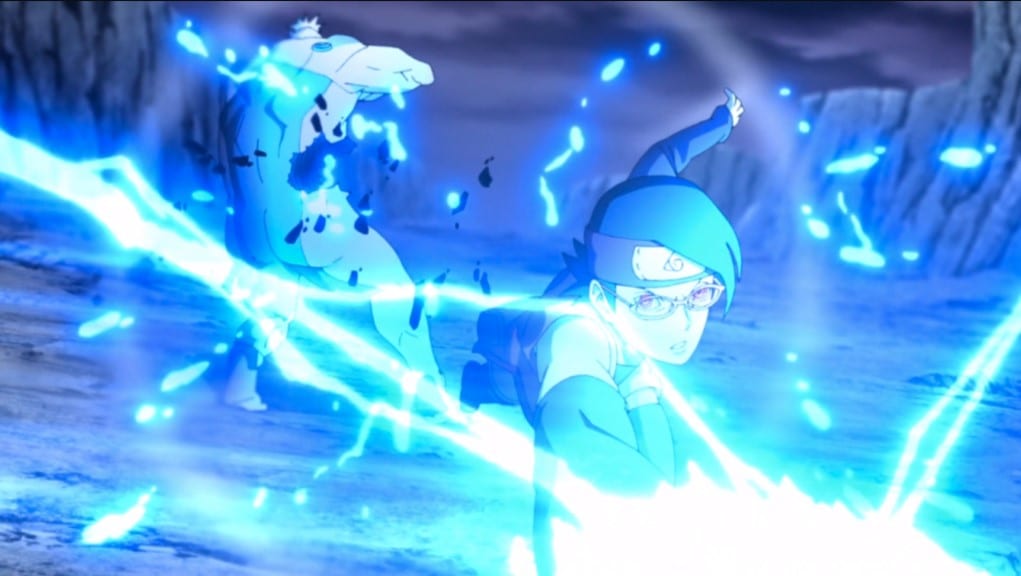 We have not seen how this works in the anime, but earlier on, we witnessed something similar with Jigen’s Karma as he went all out to get an advantage over Naruto and Sasuke’s tag team. He also grew a horn which signifies that he was going at full powers. But one thing we got out of that was that even Jigen himself seemed to be some sort of a vessel since it was no longer him that was fighting Naruto and Sasuke.

This was evident when Jigen wept right after his body reached his limits, and then it was clear that there is something else going on at the moment. So right, not the same thing is happening to Boruto, although that might not be entirely good news for his team and people back home. At least it managed to save him from Boro, who could have killed him.

In the next episode, we will finally get to see Momoshiki’s personality in action. Boruto had also grown his respective Otsotsuki’s horn, similar to what happened when Jigen transformed to his full power form. The same thing that happened to Jigen back then is what’s happening to Boruto at the moment. But in Jigen’s case, it appeared that Jigen was aware of what’s happening but had no control.

In Boruto’s case, it looks like this happened after he became unconscious from Boro’s pummelling, and then Momoshiki took over. This would be a double-edged sword as it could be both Boruto’s weapon in this arc but also had the drawbacks such as what happens when Boruto is not in control. So it will be like at that moment, Momoshiki does whatever he wants, and then he can make sure that he carries on with his plans. 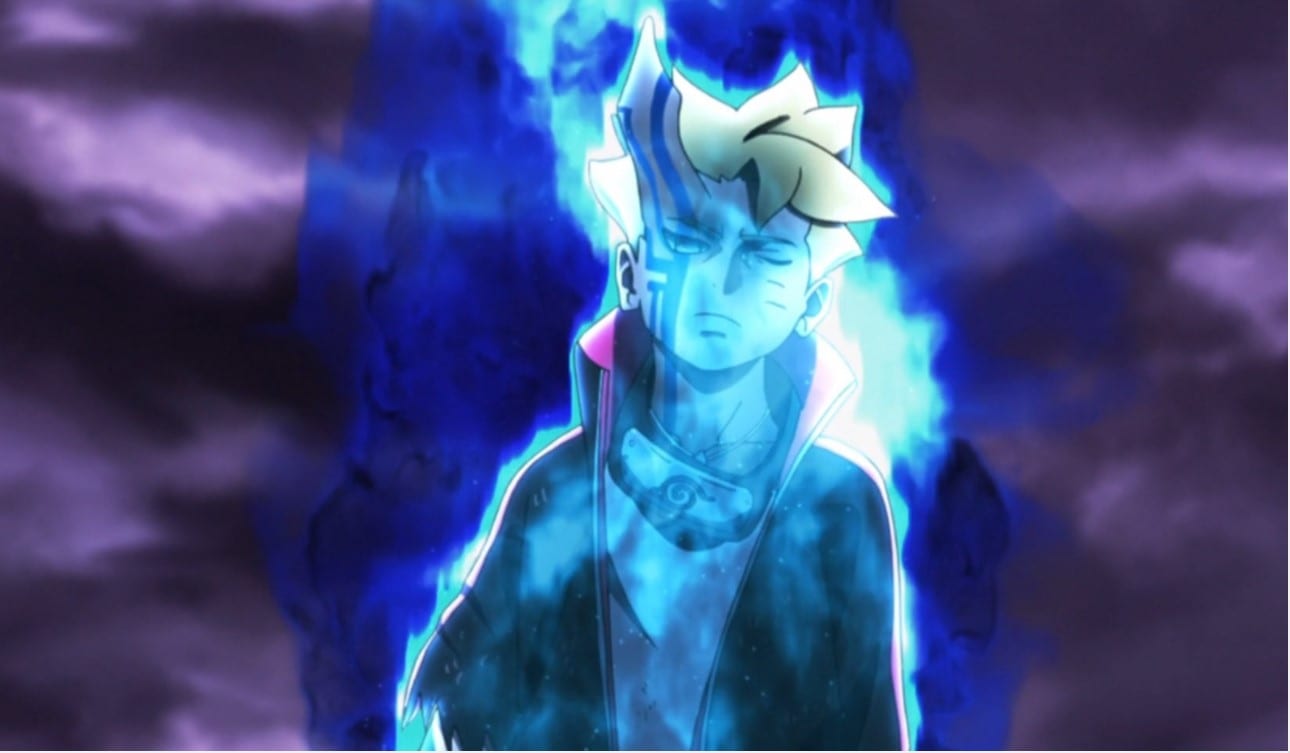 This might also have been triggered by the fact that Momoshiki would not want to lose a credible vessel such as Boruto. So whatever part of his consciousness that has manifested inside Boruto at the moment had to stop Boro from killing Boruto. This explains why he was so pissed off the moment he awakened and also referred to Boro as a lesser being. With that in mind, whatever happens, going forward will be interesting as the way things look at the moment Boruto is all alone over there with the rest of his team unconscious at the moment. Things will be a little busier for the anime for the rest of the month, even though there won’t be as much action but mostly assessments and recoveries from Jigen’s attack.

The anime will be released as usual, but since there are currently Olympics running in Japan. There won’t be an episode release for the weekend of 25 July 2021 as Boruto anime goes on a break. This is rare since the anime releases a new episode every weekend, but due to the broadcast of the Tokyo Olympics over that weekend, then the anime will not get any broadcasting slots on its local TV. This did not only affect Boruto’s anime-only but also affected other anime like Digimon Adventures.

On the manga side, One Piece Manga will be going on a break over the same weekend as well. So a number of anime shows and manga will not release new chapters on the weekend of the 25th as the Olympic games continue. So this leaves us with two more episodes for the month, so soo we will see how that goes. Then in August, the anime will return to its usual broadcasting schedules, and that is when more action might pick up the pace. New episodes of the anime will be streaming online on Crunchyroll and Funimation just like they usually do.