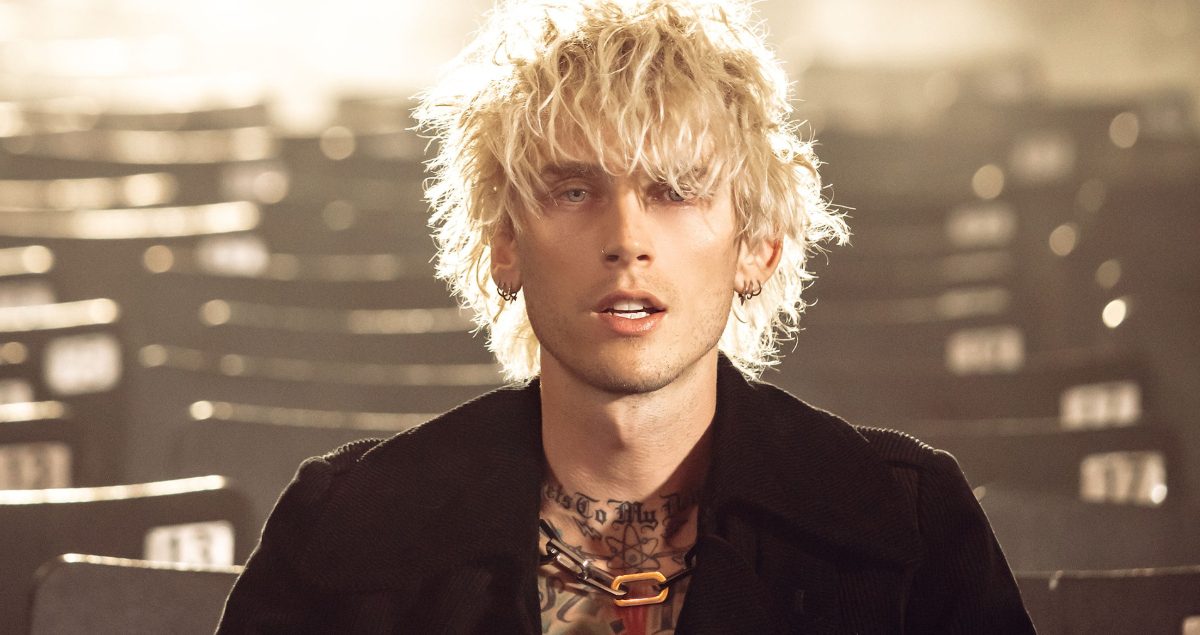 The popular rapper Machine Gun Kelly has made it to the news once again. This time he has caught the eyes of the netizens for the news about his latest album release called “Born With Horns”. The American rapper announced the release of his new album on his social media account. In addition to that, he also announced that he is joining hands once again with Travis Barker. Travis is a very popular drummer, probably among the best drummers of all time. He is also a music producer and has worked in collaboration with various other artists in the music industry. Machine Gun Kelly and Travis Barker are coming along together for MGK’s new album “Born With Horns”.

However, this is not the first time the duo is joining hands to bring out a new music album. MGK and Travis worked on a musical album titled “Tickets To My Downfall” previously. The album was released at the end of September 2020. The album was a huge hit and also became the biggest hit ever for Machine Gun Kelly. “Tickets To My Downfall” reached the top of the Billboard 200 in October. It also became the first number one album for Machine Gun Kelly and scored big in terms of viewerships. The musical album became immensely popular among the fans and also brought in the most revenue out of all the albums of MGK. 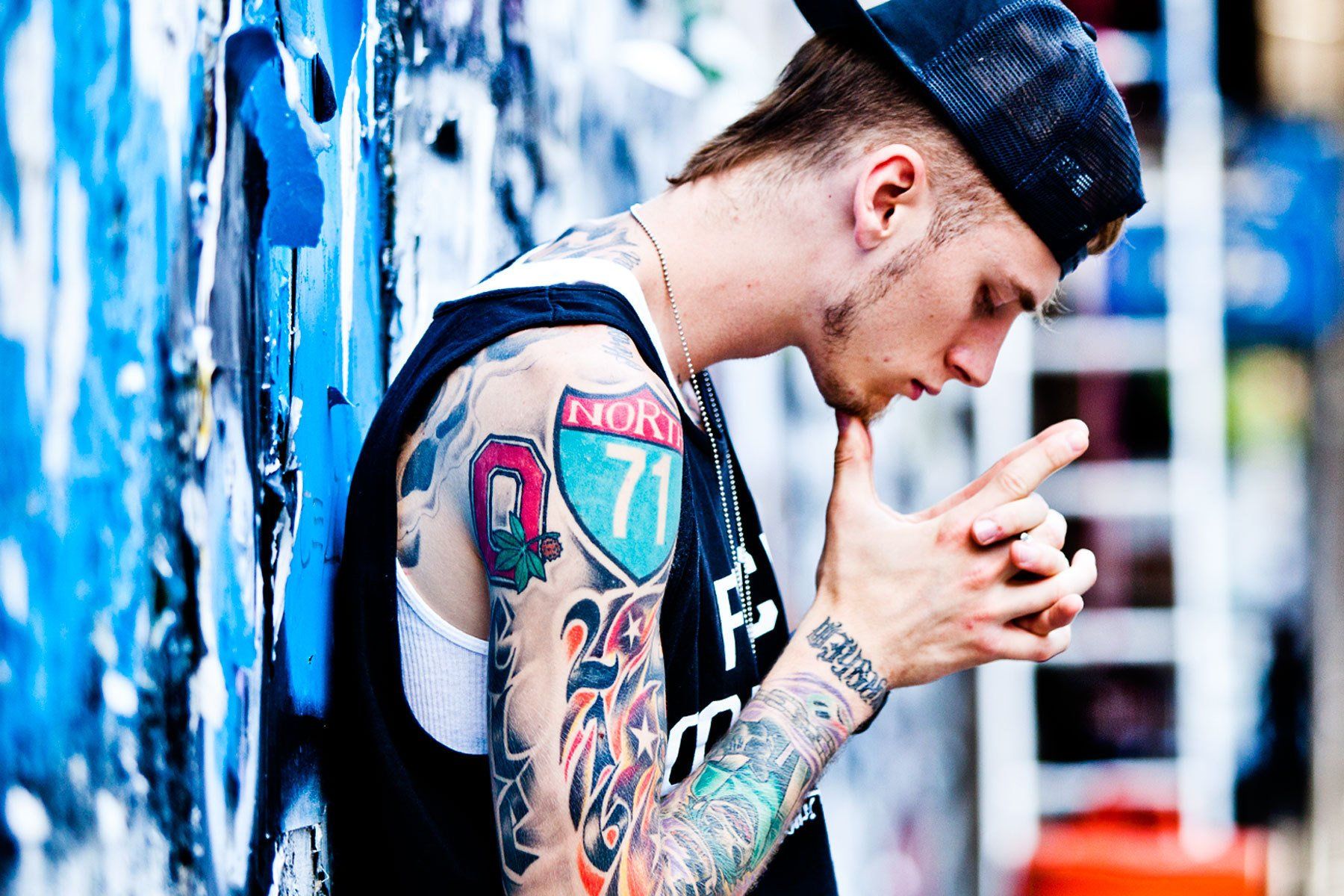 When Will “Born With Horns” Release?

Machine Gun Kelly took a big step when he moved from his hip hop persona to the pop-punk genre of music with his album “Tickets To My Downfall”. However, this big step turned out to be probably the best decision of his life. The album scored big on the Billboards and was loved by fans all around the world. This was also the first collaboration of MGK and Travis Barker on a music album. Therefore, once again the two stars of the music industry are coming out with a new release after getting a taste of success from their first album together. “Born With Horns” is the new music album that is going to release on the 11th of August, 2021. Also to note, the album is expected to release at midnight on the 11th.

“born with horns” the album. back for round two… pic.twitter.com/UJN4rCkudv

MGK informed the fans about the release of the album on his social media. He also posted a video with Travis Barker where he wrote in the captions that they were back for round two. In addition to that, both Travis and MGK also showed their new tattoos on their forearms which read the title of the new album “Born With Horns”. The tattoos seemed to be very fresh as they have been made very recently. Moreover, MGK had also revealed a fragment of his song from the album on his Instagram post which had the fans very excited and anticipated for the release.

Also Read: Shyne Net Worth And Music: How Rich Is The Musician Rapper?

The American singer, songwriter, and rapper hails from the city of Houston situated in the state of Texas. He was born on the 22nd of April in the year 1990 and was known by the name Colson Baker. As a child, he moved a lot around the world because he had missionary parents. After a long time of moving around, he finally settled in Denver. Colson had a rough childhood as his mother left him and his father when he was young. In addition to that, he was also bullied a lot by the children of his neighborhood. When he was young he developed an interest in rap songs and used to listen to them a lot. This made him develop a career in music, moreover, become a rapper. 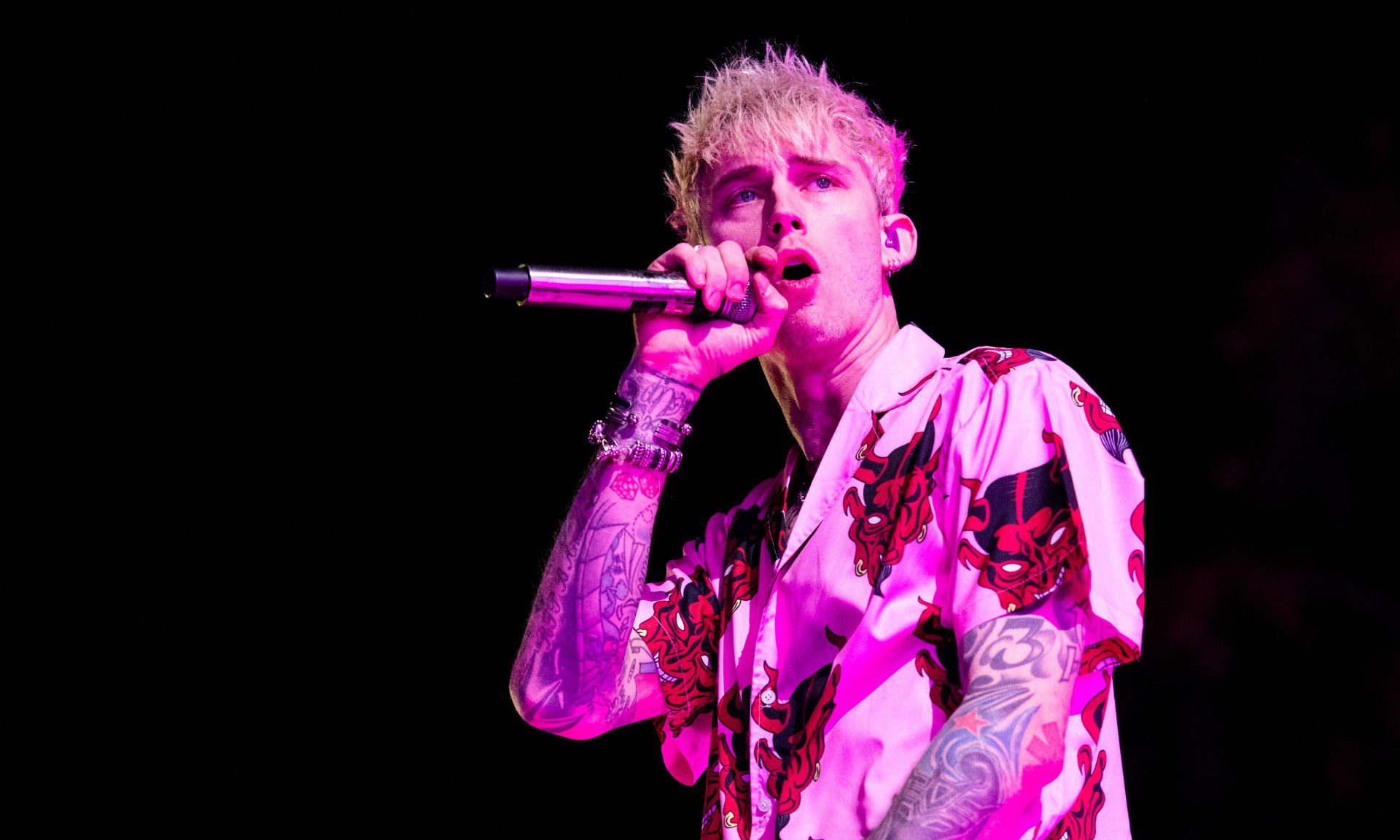 However, when he joined the music industry he decided to change his name for his profession and took the new name Machine Gun Kelly. He started in the industry in the year 2006-2007 when he started releasing mixtapes. Although, his first big debut happened in the year 2012 with his album “Lace Up”. The album became a big success and got him the popularity of a rising music sensation. He then went on to release more amazing musical albums like “General Admission”, “Bloom”, “Hotel Diablo” and his last year’s release “Tickets To My Downfall”. “Born With Horns” is going to be the sixth musical album release for Machine Gun Kelly.

Also Read: Who Does Jess End Up With In ‘New Girl’? Ending Explained