Have you ever heard about Bocchi the Rock? No, right? Bocchi the Rock! is originally a manga series that is written and picturized by Aki Hamaji. It has a total of 3 volumes, and it is published by Houbunsha. After the success of the manga series ‘Bocchi the Rock!’, got a chance to make an anime television series by CloverWorks. Also, it was confirmed by the studio CloverWorks during their official announcement on Feb 18, 2021. After the official announcement, every anime fan is looking for Bocchi the Rock! Release Date. So, if you are interested to know more about this upcoming anime series, then do not forget to read the article.

Bocchi the Rock! is a successful manga series, so we are expecting the same result from the anime series. As a viewer, our expectations are high, and that is because of after hearing about the amazing cast and staff. Keiichirō Saitō is a director of Bocchi the Rock! anime series. Erika Yoshida is writing the scripts for the series. Kerorira is handling the character design work. Also, the anime series ‘Bocchi the Rock!’ is going to produce by CloverWorks. And the voice actor for Hitori Gotō is Yoshino Aoyama, and the voice actor for Nijika Ijichi is Sayumi Suzushiro.

Moreover, Bocchi the Rock! is a musical theme-based anime series that revolves around the concept of the development of personality as a musician. Every character of this series follows the sense of proving themselves as a musician.

The official anime website of the upcoming anime series ‘Bocchi the Rock!’ has recently released a new visual in which they are revealing another main character Nijika Ijichi. This visual is mainly a character visual where they are representing Nijika Ijichi and her goal as a successful musician. Nijika Ijichi is a positive character who deals with every problem without taking any stress on her mind, and her positivity is a sign of this visual.

Nijika Ijichi is a drummer, and Hitori Gotō is a guitarist, they both are incomplete without each other. Nijika Ijichi in her visual, expressing her aim with sticks in her hand. She wants to become a successful drummer, and the smile on her face reveals her belief in herself. This character visual is simply expressing the positivity around her, and the seashore scene is conveying the lightness in the atmosphere.

The official Aniplex Youtube Channel released the Bocchi the Rock! Official PV, which is revealing the main character. According to the official news from the official Bocchi the Rock! anime website, the PV is not only giving the introduction of Hitori Gotō but also includes the small details about the production team, distributor team, year of broadcasting, etc.

The official PV of the upcoming anime series ‘Bocchi the Rock!’ is just thirty seconds long, which reveals the main protagonist Hitori Gotō who seems quiet and thinks about her future as a member of a band. Her guitar is also there in the PV, which conveys the silence behind the rhythm of the music. The official PV is so cool, and the presence of tension in the atmosphere is reflexive.

Where To watch Bocchi the Rock?

As we all know that Bocchi the Rock! is an upcoming anime series of the year 2022, and it is confirmed by CloverWorks during their announcement on Feb 18, 2021. As anime fans, we always search about legit streaming platforms. However, according to the official anime website, the streaming platform is not decided yet. Also, the official PV was released on Aniplex’s Official Youtube Channel, so we can expect that Aniplex will hold the rights to stream the first season of the upcoming anime series ‘Bocchi the Rock’. 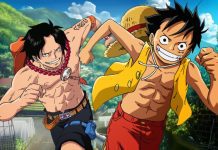 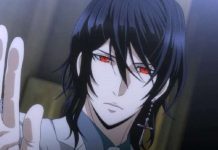 15 Anime Where Main Character Is Overpowered 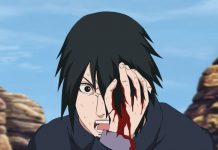 What Episode Does Sasuke Lose His Rinnegan in Boruto?