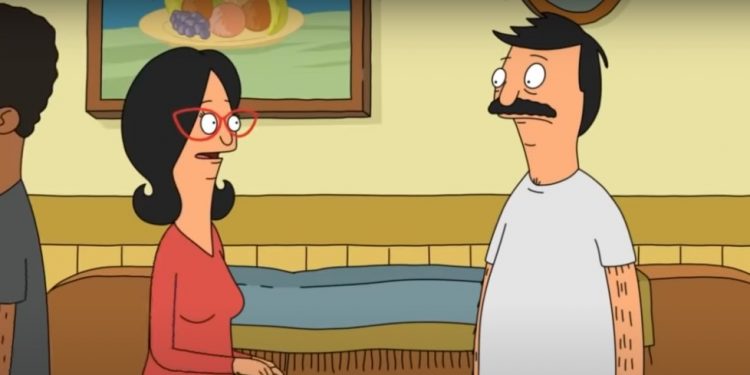 Animated programs have long been a popular subject for debate. As a result, Bob’s Burgers Season 12 Episode 10 is likely to air shortly. What will happen in the next installment of the series? What will happen next in the story? All of these questions have recently resurfaced on the internet just as the episode is coming up. And with the bulk of viewers embarking on Christmas vacations, coupled with working from home.

Just as binge-watching intensifies, leaving the audiences thirsty for content in a season where the debuts of new material are often scarce from traditional network television. However, before that, a little refresher on the series won’t hurt anybody. Bob’s Burgers is a popular American animated television series. One of the most intriguing aspects of this series is that it is a comedy. Lastly, Bob’s Burgers is popular because it is the right combination of a comedy show and adult animation with simple aesthetics.

Bob’s Burgers season 12 episode 10 will release on December 19, 2021, on Fox at 9:00 PM, Eastern Time, United States. Firstly, the episode will be titled “Gene’s Christmas Break”. Secondly, it will be the last episode of the year. After that, Bob’s Burgers will return in January 2022. The episodes drop in a consistent manner on Sundays. Lastly, this will be a very special Christmas Special.

Where to Watch Bob’s Burgers?

If you want to watch Bob’s Burgers upcoming episode, simply tune in to Fox at the aforementioned time. If you miss the episode, or if you want to catch up with previous episodes, you can do it on the Fox website or its app. Now, if you wish to watch the show on a different platform, no worries! The internet offers a few choices. Since Fox is part of Disney, Hulu has the program in its catalog.

Also, Fubo TV has three seasons available in their catalog as well. Moreover, the episodes are available for purchase or rent on Google Play, Amazon Prime Video, iTunes, and Vudu. Lastly, the current season airs on the Animation Domination block of Fox with Family Guy, The Simpsons and The Great North. With this season, for Canadian an Australian viewers, the program will run on Disney+ Stars, where the chapters drop on Wednesdays.

The show follows Bob, who manages Bob’s Burgers with the support of his wife and three children. Bob has grand plans for burgers, but the rest of the family falls short on service. Despite the greasy countertops and poor location, the Belchers are adamant about making each “Grand Re-Re-Re-Re-Opening” a success. Linda, Bob’s wife, supports him and often bursts into singing. Tina, their 13-year-old oldest daughter, has a minor fascination with males and zombies. Gene, the middle kid, is an ambitious musician with a hunger for life. Louise is the youngest daughter, with bunny ears and an off-kilter sense of humor that makes her a hazard in the kitchen – and with the general public.

This episode of Bob’s Burgers was directed by Simon Chong out of a script penned by Holly Schlesinger, it aired for the first time on November 28, 2021 .To begin, Linda starts cleaning hard for a special guest, while Tina begins photographing everyone in the family for a school assignment. Tina states that she’s worried about losing out on the fun since Tammy, Zeke, Jimmy Jr., and Jocelyn are skipping class, but she resolves to take things seriously and won’t be on the “D-Train.” Tina decides to enlist the assistance of a friend, Susmita, despite the fact that her thoughts keep returning to the group skipping class.

The next day, Tina begins to seek assistance from Susmita, but she is once again sidetracked by others who are skipping. When the instructor discovers what is going on, he starts to threaten the class, while Tina attempts to concentrate. Everything is going swimmingly until Tammy walks in and notices that Tina is intending to use a photo of them ditching as her entry for the class.

When Bob requires to go to the first floor of his house to put checks on Linda, he commands Teddy to stay and eat his food. After that, Ted begins to nibble the burger as though he were a squirrel eating a nut from Ice Age. And that has Bob telling him to eat like a normal person. Also, when Linda says to Violet that she can come back any time after her first visit, she ends up going there over and over. And that leaves Bob with an understaffed kitchen because Linda has to keep accompanying Linda.

Tammy seems to be letting things go at first when she invites Tina and Susmita to after-school slushies. Susmita deduces from Tammy’s tardiness that she is heading to the darkroom to delete Tina’s photograph. Tina, Susmita, Louise, and Gene arrive too late since Tammy has already ripped the image apart. Tina is disheartened, but Louise recommends taping the negative back together. The episode concludes with Tina telling Susmita that she had more fun with her than with the others, while humiliating Tammy and receiving a complement from her instructor.

Will Tina ever have a fight with someone other than Tammy?

After seeing the program, I had a few questions, mainly about Tina. It was good to see Tina hooked up with someone who is genuinely a friend for once. Nonetheless, we watched her square up against Tammy once again. Tammy may be a nightmare for Tina as an adversary, but as previously said, things might grow monotonous, so when will Tina face a new foe in the series?

Tina hasn’t had nearly as many adversaries as Louise or even Bob throughout the series. She’s constantly partnered with Tammy. While Tammy might be unpleasant at times, the show has become a touch bland. Tina is continuously being injured in some manner, and Tammy never feels guilt for what she does to Tina. She’s such an awful and repulsive figure that it would be good to give Tina a more substantial foe.

Louise as an antagonist

Louise, on the other hand, has opponents like Logan and Millie, who are temporarily pals but usually wind up being a thorn in Louise’s side. Bob’s most important painters are Jimmy Pesto and Hugo. Their adversaries, on the other hand, bring something fresh to the table and reveal a distinct aspect of each of these people. Tina is continually being wounded or in trouble as a result of anything Tammy did or caused Tina to do. It’s just irritating, and it’s past time for the program to alter things up. “FOMO You Didn’t” seemed so predictable, and we all suspected Tammy would ruin Tina. In the end, the episode seemed like a carbon copy of previous episodes, which is annoying.

There’s little question the Bob’s Burgers writers can come up with something better, so it’s time they put the Tina-Tammy conflict to rest for the time being. While it isn’t necessary for them to die, it would be good to see them take a back seat. Maybe the program can include someone that Tina hates right away, or showcase someone who attempts to be a friend but Tina despises.

There are so many different paths Bob’s Burgers writers could take with this one. Tina and Tammy are boring. Season 12 of the program has already had two plotlines that pit Tina and Tammy against one other. In any case, hopefully, the rest of the series isn’t too focused on their feud. Rather than being petty for no reason, it would be nice to see Tina have an adversary who goes toe-to-toe with her.

The problem with character-driven episodes

For the bulk of character-driven episodes, the program does a fantastic job of concentrating on Tina. Tina might be a little off-putting at times, but for the most part, she’s as hilarious and awkward as most of us were as adolescents. Tina is one of the most well-liked characters in the Belcher clan. While she may not be everyone’s favorite character in the show, it’s evident that the program understands how to use her, and happily, they’ve begun to venture out a little bit. With this, we wrap up our scoop on Bob’s Burgers. Thank you for reading our recap article. And please keep coming back for more daily updates here at Otakukart.