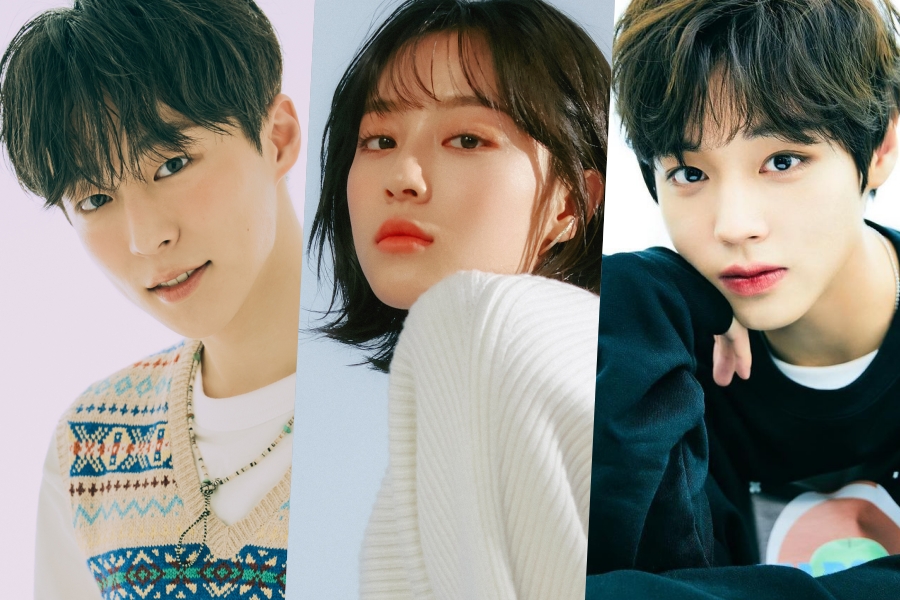 Blue Spring From A Distance or 멀리서 보면 푸른 봄 in Korean is a South Korean television series. They based the kdrama on a Webtoon that goes by the same name, which is ‘멀리서 보면 푸른 봄’ whose literal translation is Blue Springs From A Distance. It talks about how someone’s life could seem so easy, but when you come a little closer, you see how terrible their life is. The Webtoon-based kdrama revolves around three college students, Yeo Joon, Kim So Bin, and Nam Soo Hyun, and their problems in life.

Yeo Joon is a wealthy kid, and it seems that he has everything, but he is pretty lonely from the inside. He meets Nam Soo Hyun while working on a project with him. Nam Soo Hyun is always top of the class and says that he has nothing to do with rich kids. Although their friendship starts off with a rocky beginning, they become good friends as time went by. But their friendship is put to the test when a third-year college student Kim So Bin enters the scene. Kim So Bin is a tedious hard worker since she had faced her parents’ divorce when she was little. As already mentioned, the kdrama would revolve around their struggles in life.

Kang Min Ah will play the role of Kim So Bin, who faces a lot of struggles in her life. So Bin is a hardworking third-year student who studies in the Department of Business Administration at Myungil University but suffers from anxiety because she thinks her hard work isn’t bearing any fruit. 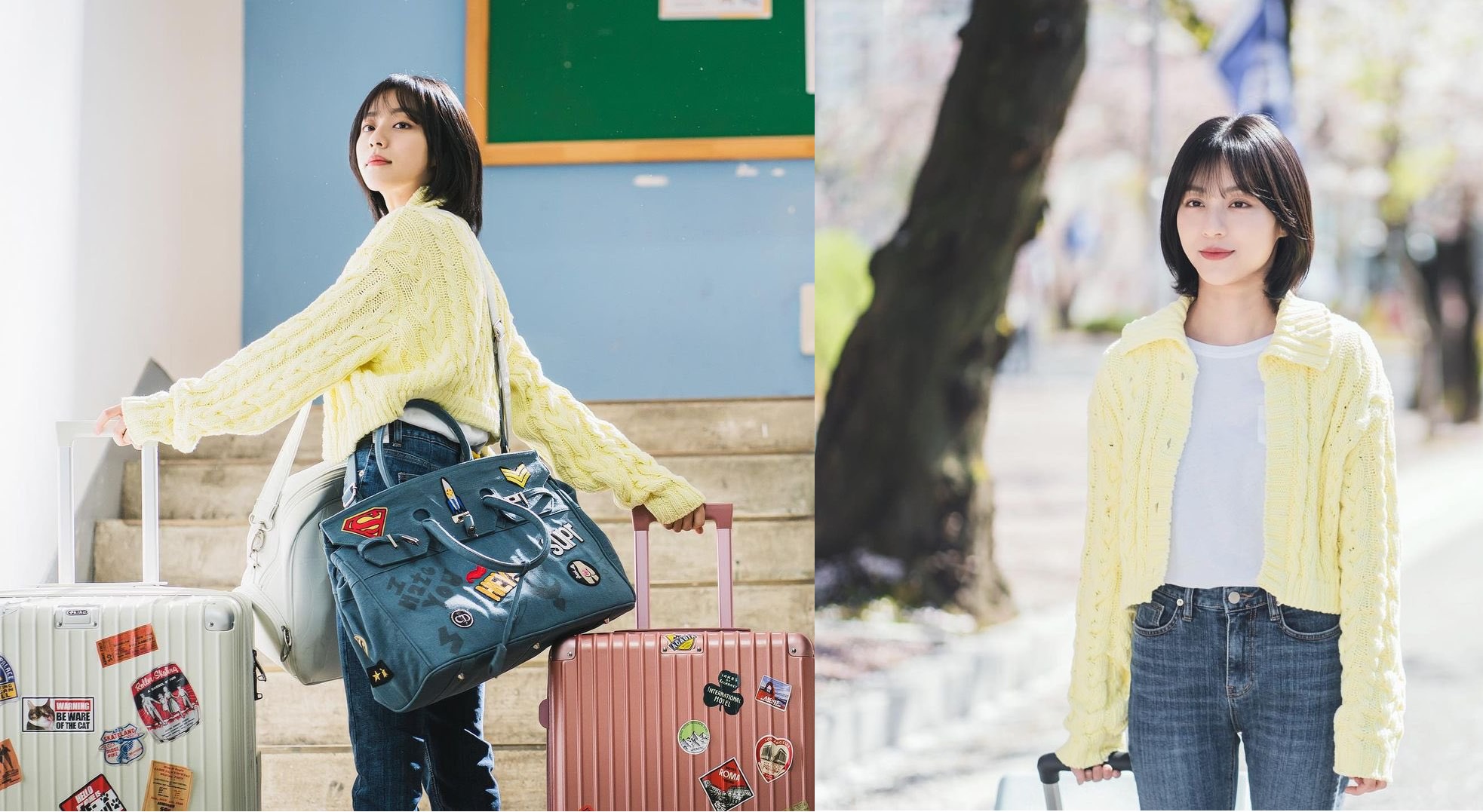 Kang Min Ah seems to transform herself into her character Kim So Bin in the new stills. She seems to be ready to move viewers’ hearts with her amazing acting skills. In the new stills, she looks bright and youthful. Standing amidst the cherry blossoms, she seems to promise herself to conquer everything. Her clothes also give out vibrant colours, and her short hair seems to make her cuter. She has brought her bags and just climbing up the stairs to go to her dorm to study and make new friends. Kang Min Ah seems to give off a vibe of a cheerful and smart student.

About Kang Min Ah And Her Fellow Cast Mates 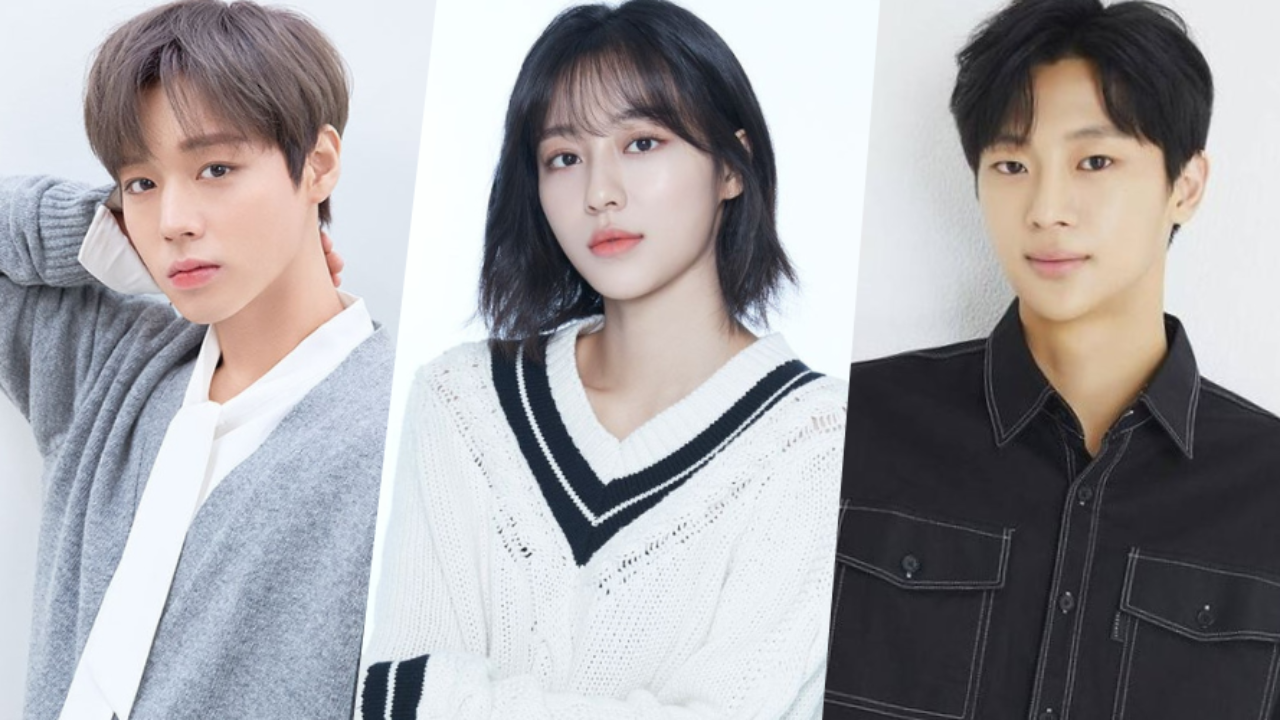 Kang Min Ah is a talented actress who is popular for acting in the kdrama series such as ‘Seonam Girls High School Investigators’ where she played the key role of Yoon Mi Do and is also recognized as Joo Gyung’s friend, Choi Soo Ah from the popular kdrama ‘True Beauty. Kang Min Ah is currently signed under H& Entertainment. She has managed to be a loved actress at the young age of twenty-four. She had got her first crucial role in the tv series ‘Seonam Girls High School Investigators.

Park Ji Hoon plays the role of the rich and handsome university student Yeo Joon. Park Ji Hoon was part of the famous boy group ‘Wanna One,’ which was under JYP Entertainment. He had appeared in the survival tv show ‘Produce 101’ along with his Wanna One members. Prior to appearing on ‘Produce 101’, he was a child actor. And after the sad disbandment of Wanna One, he signed under Maroo Entertainment and continued as a soloist and as an actor. He had returned to acting with the kdrama series ‘Flower Crew: Joseon Marriage Agency’ in 2019, where he played the main role of Go Young Soo/ Chil Nom. Before appearing in Blue Spring From a Distance, he had appeared in the romance drama ‘Love Revolution,’ where he played the role of Gong Joo Young.

This list wouldn’t be complete without Baek In Hyuk. Baek In Hyuk plays the role of the intelligent Nam Soo Hyun. He is also going to appear in ‘My Roommate Is Gumiho’ alongside Girls’ Day Hyeri. He had shot to fame with the short web drama ‘Love Buzz’ in the year 2019.

When And Where To Watch?