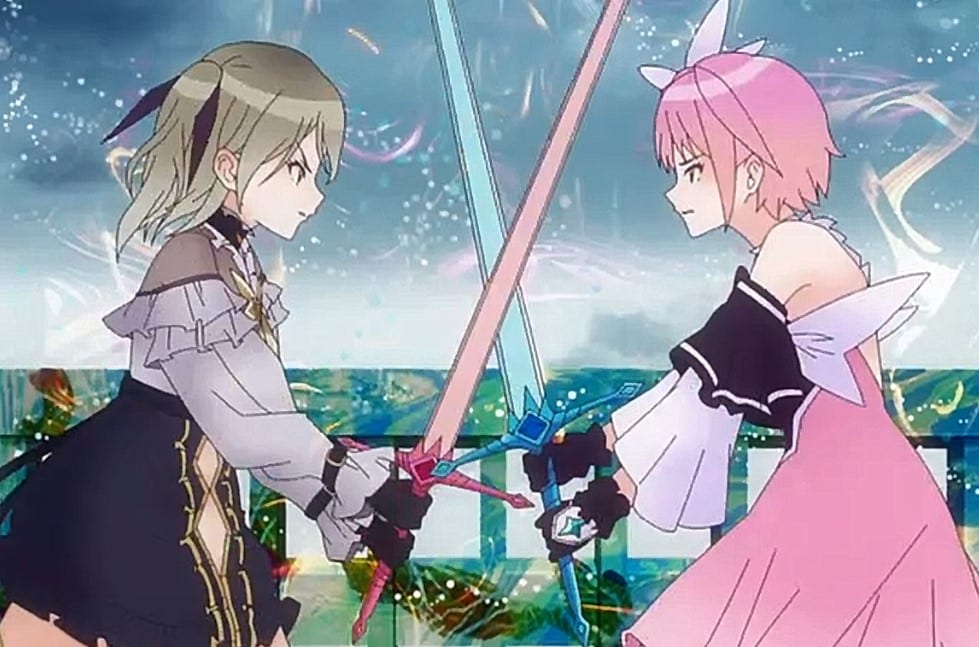 Ruka has just transferred to another school due to family reasons. Later she met with Hiori, and they got teleported to the world where her enemy targeted Miyako. The two evil ladies used their powers and flat Mayako in mid-air and took out her fragment. Miyako falls unconscious. She dreams about when she was young and realized that she used to love shiny things ever since she was young. One day her parent bought her new jewelry, and she drops them while she wants to meet with her mom.

In the present, Miyako drops her expensive phone while she is still unconscious. She realizes that the same mistake that happened in the past is repeating. Hiori transforms into her heroic form and challenges two evil ladies who want to ruin Miyako’s life; Ruka is watching since she has no clues about using her ring. They told Hiori to give them a ring and leave here. Hiori refused and said he is not leaving without Miyako. She told Ruka to step back as she battle with the two evil ladies.

Ruka steps back, but she wonders if she could help since it is a 2v1 battle. Hiori draws her sword and changed the blows with the two evil ladies. Ruka watches the battle, wondering who are those two ladies. She realizes that she can’t just standby, but she can do something. She looks at her ring and realizes that Miyako is suffering. The fragment and the flower that emerged from Miyako’s chest change their color to black. The two evil ladies managed to knock Hiori down. They ask her if she is sure that she won’t leave Miyako alone.

They told her to stop bragging since she doesn’t even know how to use her powers. The blue-haired lady told Hiori to look at Ruka, who can’t even transform. They wonder what kind of hero Ruka is since she can’t even use her ring. They told them to give up since they can’t even scratch them. Hiori asks the two ladies why they are attacking them and why they want to destroy this town. She asks them if Reflectors aren’t supposed to protect people and their feelings.

The other lady told her that there is no need to explain everything to weak girls like them. She unleashes an electric sword beam and attacks Hiori, who uses her sword as a shield to block the attack. Hiori surprises the lady by deflecting her powerful attack with her and clash their swords. She pushed the lady and reminded her to know why they are causing chaos. The lady asks her why she is so determined to fight, and Hiori replies that she can’t ignore someone suffering. 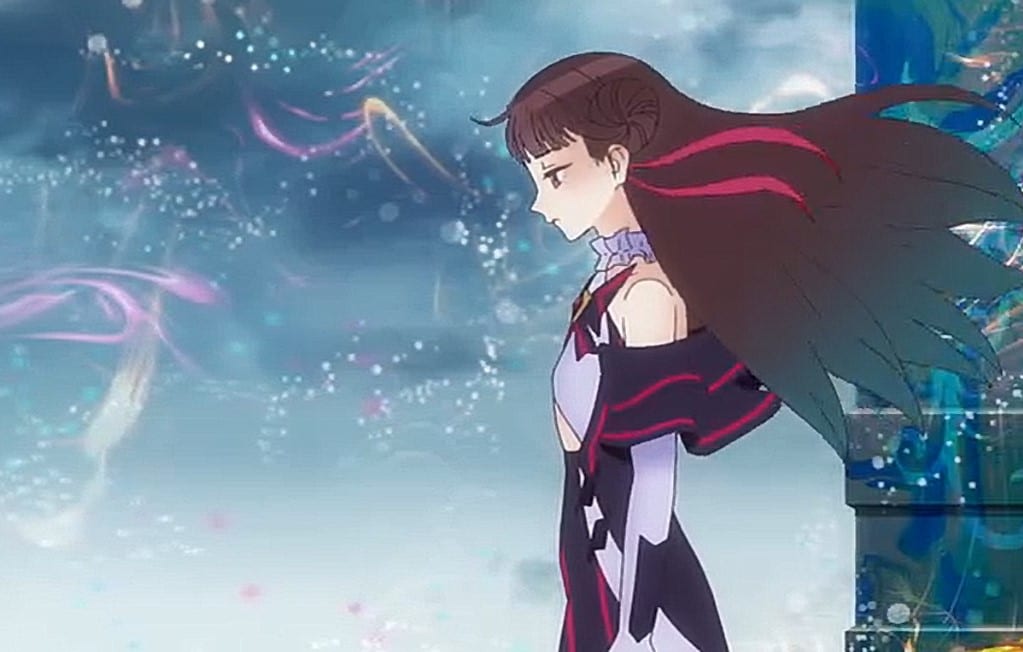 She reveals that it is her duty to protect the life and feeling of the weak. The blue-haired girl comments that Hiori is showing off her powers and feeling without knowing anything. She is impressed that they might end up fighting with an opponent who is at their level. The other lady comments that they are different from Hiori and have a goal, and to achieve it, they won’t fear even despair. The blue-haired girl raises her sword and pierces it to the ground creating an evil bubbling world.

She told Hiori that she would violate the depth of her heart. The other one told her that she would make Hiori realizes that truth. The black bubbly water covers them as they unleash their powers. They combine the power of dark and electricity attacking Hiori. Hiori stood firm and blocked the attack, but she started trembling. She shouts Ruka’s name, and the huge explosion happened meanwhile another girl who lost her ring met with a Reflector. Ruka picked up the girl’s ring, and the Reflector told her that she wouldn’t let her go further.

Back to Hiori side, she covered Ruka and protected her by her back is injured. The evil ladies realize that their little flower is taking long to bloom. Ruka notices that Hiori is injured, and in her state, she might lose this battle. Ruka also transforms and began to thrash the two evil ladies. The ladies vanish, and aside, they will come back again. Later Miyoka wakes up and realizes that she is still alive.