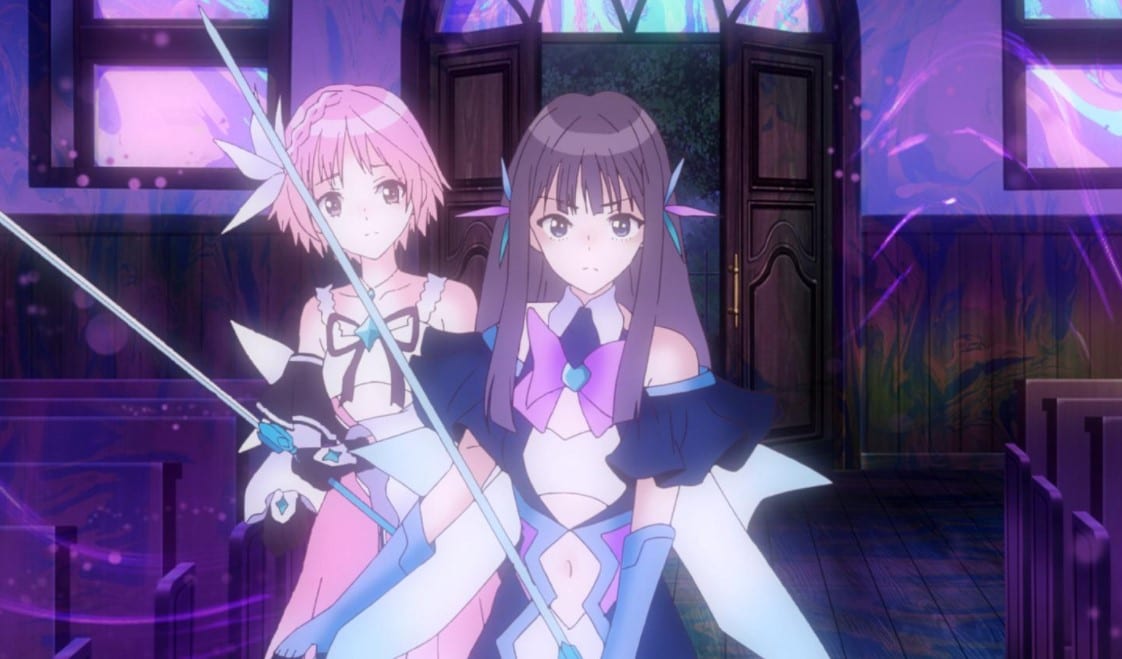 The war between evil and good continue in Blue Reflection Ray Episode 15. The girls are working to develop a plan to save Mio and Momo since they have lost the first duel with Shino’s team. The episode begins with Niina leaving Ruka and Hiori. Hiori tried to follow Niina but the truck passing nearby blocked her way. When the car leaves, the two notice that Niina is nowhere near. Later the two went to the dorm and told Miyako that they saw Yamada Niina. Hiori said Niina saved them, and Miyako thinks they are bluffing.

Ruka confirms that Niina protected them, and Hiori comments that Niina has changed. Hiori realizes that during the battle, she gave Niina something telling her to defend herself.  Niina got her feeling restored during the fight, and Ruka, along with Hiori, thinks it is the day that Niina changed. Hiori told Moiyako that she wants to see her again. The girls want to find Niina and know about her feelings and her motives. Miyako refused and said that they couldn’t get associated with the enemy.

Miyako wonders if Hiori wants to befriend Niina or fight her. Hiori tries to convince Miyako, who said Niina tried to steal her feelings. Ruka keeps on stirring the Nuka pot without saying anything. Miyako told Ruka to say nothing about Niina Yamada. Ruka replies that she wonders what Momo would say. Miyako gets confused since she is refusing to search for Niina. Meanwhile, at the hospital, Momo is fighting for her life in a coma. Her exceptional sample A Fragments is damaged, and one part is completely lost.

Ruka visits her and recalls the past where they spend time with Momo during training. Ruka remembers the day when Momo teaches them lap racing, and they wonder if this is how they train. Momo told Ruka and Hiori that they asked her to prepare them how to fight, and they must first train their speed. Hiori replies that this is not fighting, and Mio replies that everything comes step by step. Back to the present, Momo wakes up after having a nightmare where she saw Mio taking Momo’s heart out with her bare hand.

Ruka wakes up and talks with Hiori after hearing her shouting Momo’s name. Ruka told Hiori that she understand her side and Miyako’s side. But both Niina Yamada and Momo have strong feelings towards Hiori’s sister. Hiori wonders if they will end up fighting together. Ruka replies that they have to talk with Momo and get her Fragment back. In the morning, Ryoka went to the hospital to collect her data. 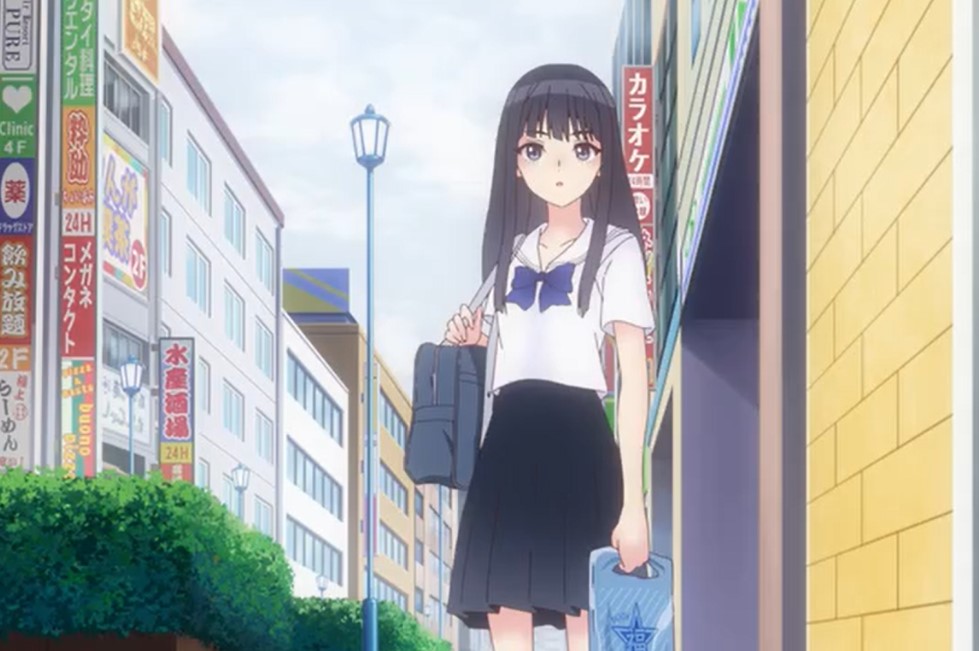 Ryoka heads home and enjoys watching albums with Amiru, who is under her care. The two enjoy playing music, and Amiru talked about the cultural festival. When they spoke about the birthday, Amiru’s appearance changes and Ryoka wonders what Amiru is doing. Amiru spaced out for a moment, but Ryoka brought her back to their world. Amiru asks if she was unconscious, and the two embrace each other. On the other side, they felt the presence of a new Reflector Amiru.

Shino and Utta get excited that they will grab that girl before the other Reflectors saved her. Shino watches the video of the last fight between Hiori and her people, wondering who protected them. Mio has gained new powers with four horns, and Utta comments that their sister has not faltered. She also said that it would be exciting if the sister has faltered and struggle. Shino decided to head somewhere and said she needs a new flower. A flower that’s endlessly sad and resonates a pitiful sound.

Utta asks if they are not after Hiori Hirahara’s Fragment since it is their priority. Mio adds that they will need it since they must open the doors to the Common as soon as possible. The trio talked about new flowers, and Utta asks if they ignore her existence since she loves it. Meanwhile, Hiori and the rest of the Reflectors decided to patrol since the enemy will appear at any moment. In the afternoon, Ruka met with Amiru and Ryoka, asking Amiru about her feelings. Mio plans to get new flowers for her plans.