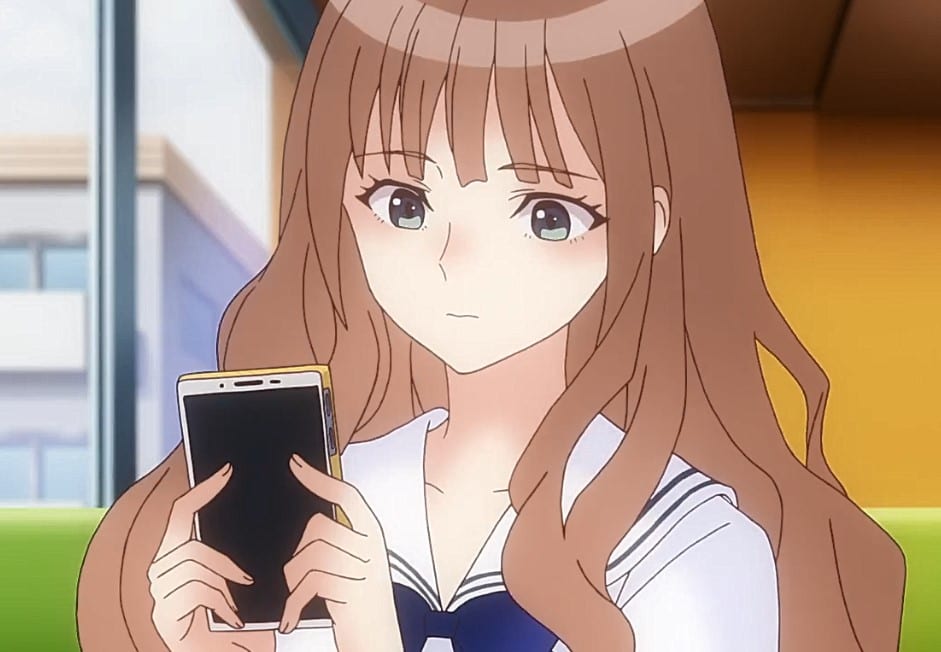 Blue Reflection Ray has returned from a weekly break after Mio got taken away by Shino. The Reflectors failed to protect Mio Hirahara and lose against Shino. Hiori had a flashback and realized that if they didn’t separate, things would have been different. After being defeated, the girls head to the dorm and mark the summer vacation day. Miss Ra decided to leave the girls after giving them the rules of the dorm. Later Ruka and Hiori enjoy showering the floor and play around together. The two realize that it is so quiet around the school, and Ruka said they head home for summer vacation.

The two wonder if their feelings would have lost control if they stayed at the dorm. Hiori realizes that their route has changed ever since that incident with Mio. She recalls when Shino thanks them that the key to opening the Common will soon get completed. Hiori wonders if it means her feelings would end the key. Ever since that day, the distortion in space-time had spread, and everyone’s feelings lost control easier. Hiori wonders where her sister is ever since she disappeared.

Later the two enjoy swimming in a hot pool while Miyako works on something in her room. In the evening, Ruka talks with her mom since she didn’t go home for summer vacation. After a call, Miyako and Saki communicate and take about Shino. Miyako reveals that Shino is the daughter of the director at Saint Ines Academy doing her third year. But they are worried that she has no records and no one can get hold of her family. They decided to focus on Shino’s powers since they can’t trace anything about her.

Saki comments that the powers of Shino and her group work in the same way as the Blue Reflection, but the energy source is different due to the bug. Miyako reminds Saki to observe the situation for the AASA. The two cut off their communication; Ruka and Hiori arrive, asking if she talked to Ruka. The two began to tease her, saying that she was talking to her crush. The next day Hiori notices that she woke up late, and Hiori has gone somewhere.

Hiori wakes and finds a note written ”I’m going to get Momo’s things.” She realizes that it is Ruka who wrote the letter. Ruka arrives at the house and begins to pack the stuff. Ruka recalls the time they spent with Momo before getting injured and decided to take all her belongings. Miyako visits the general hospital and arrives in front of Momo’s room. Miyako gets surprised to see Hiori inside the room and wonders how she reached her. 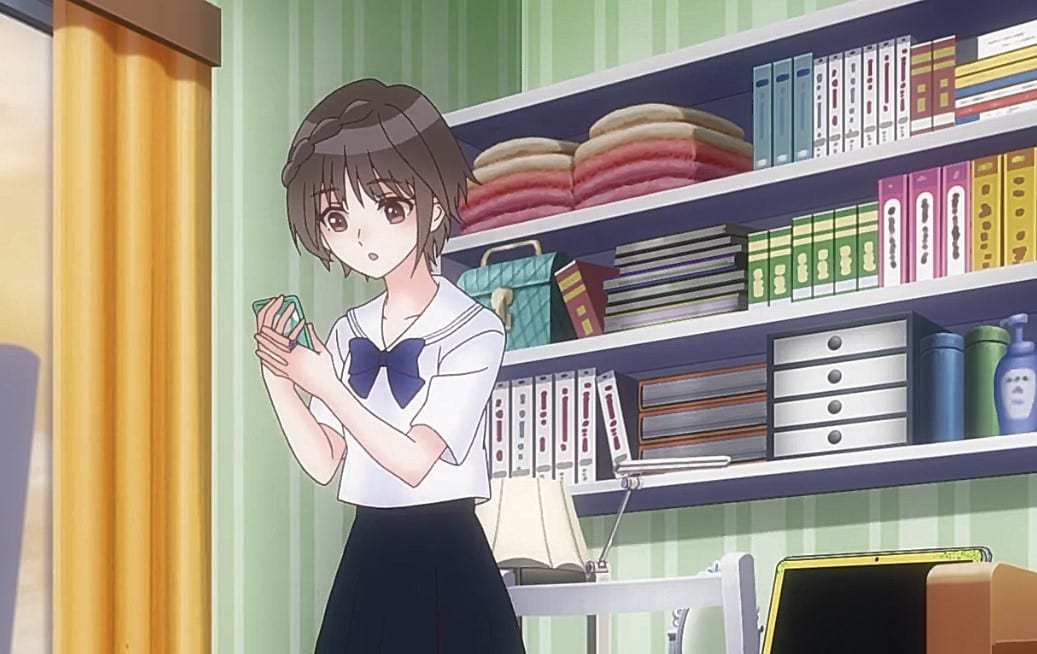 The two begin to help unconscious Momo, and they find that Mio and the rest might be still in town, ready to enter the new world. Miyako said they must not allow the doors to the Common to open while gathered all the Fragments. Hiori realizes that they have to get Momo’s Fragment along with everyone else’s and turn them back. The two talked about Ruka, and Hiori replies that Ruka went to get Momo things.

Ruka arrives at the hospital, and one of the nurses helped her carry her luggage as they heard to Momo’s room. The nurse wonders why the girl is bringing a lot of stuff for Momo. Ruka replies that she didn’t know what Momo would need, and the nurse told her that she is Ryoka. On their way, Ruka notices that the nurse is a good caretaker after helping a girl who trips and falls. Amiru went home thinking about something that happened at the hospital.

In the street, a girl collapses, but a hooded Reflector helps her recover after using the powers of her ring. Inside the hospital, Miyako is worried that Momo is taking time to wake up, and she always protects everyone without caring about her health. Hiori and Ruka headed to the dorm and decided that they will have pork for dinner. They realize that Miyako wants to stay by Momo’s side. Hiori chose not to dwell in the past and protect everyone. They got teleported in another dimension and battle with a new version of Mio and Uta in the morning.