Danny hunts down a Jimmy Buffet Impersonator while Frank confronts another cop using her power for her own means. 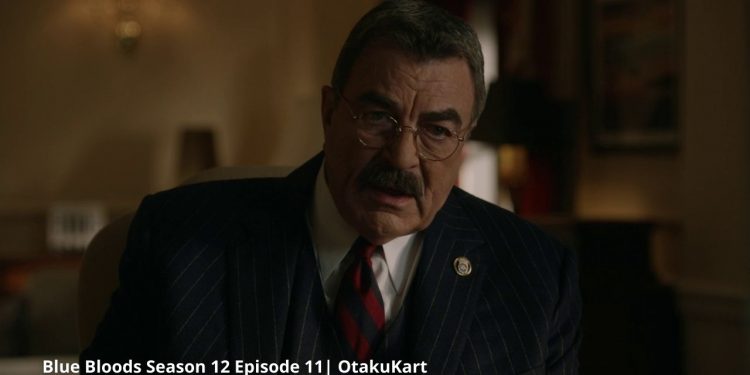 Blue Bloods Season 12 Episode 11 will see an impersonator making fool out of everyone as he cons them. But can he fool Danny too? Apart from that, another officer is using his powers for his wrong means, and Frank is no longer sitting out on this. He has even gone on to confront Mayor about this. This is not the first time, as recently, on the show, two cops went out of their way and started punching each other. Caught between them was officer Sid.

Apart from this, Danny saw himself teaming up with Major Gates to stop a drug shipment coming to the city. They are planning to stop it before it can reach the port and start infiltrating the city. The only problem over here is, more than the drugs shipment, it is a little personal to one of the officers over here. This may lead to some complications in the case. Lastly, it’s Mayor vs Frank over the case of two officers hitting each other.

Previously on Blue Bloods Season 12, we opened up with Sid getting involved in a fight between two officers over the funding of the department. Frank was going to have a closer look at this. Meanwhile, Danny and Baez find themselves stopping big drug shipments coming to the city. The fact that Feds wants to take over frustrates them until Major Gates offers Danny to join him. Jamie, on his side, is helping Jason with his bookie, who turns out to be Sergeant Coolidge and he denies threatening Jamie on a gambling debt.

Coming to Danny and Major Gates first. Danny later finds out that there might be some personal blood on this case. One of the cartel guys has the same tattoo as the one who killed Gates’ partner. Despite Danny’s request, Gates goes all-in on this case. In the end, it’s Danny who came to have his back and save him. They caught a man who ended up giving them the shipment’s location. Danny and Gates managed to take down the cartel despite one cop getting shot.

Also Read: We Will See The Final Battle In The Expanse Episode 6 Season 6

Coming to Sid and Frank now, Sid came to tell about Officer Paul Sauter and Officer Christopher Zeale having an argument over the reassignment of funds. Frank later called Officer Zeale into the office to figure out who started the fight and asked him to apologize. Upon summoning, Frank meets the Mayor and requests Officer Christopher Zeale’s suspension. An argument breaks out, resulting in Frank walking out and asking Mayor to not involve in a business they cant handle.

Coming to Jamie and Coolidge, one way or another, Jamie finds out about Coolidge and his gambling. He several times tries to stop with Coolidge, only asking him to stay out. Before Jamie could enter Coolidge’s name into the system, Sid came to tell him about the officer’s decorated past. But now his wife is not well, and he is going to need a lot of money to treat her. Jamie closes the episode with an envelope of money for Coolidge. He doesn’t accept it but invites Jamie for a beer every now and then.

Blue Bloods Season 12 Episode 11 is releasing on 14 January 2022. It is titled “On the Arm”. The official synopsis of the episode suggests that Danny will be working on a case involving a copycat of artist Jimmy Buffet who is conning people for a while now. What is his motive, and why is that remains to be seen. Meanwhile, much like Coolidge, Frank comes across another decorated officer. Even she is using her badge to get free wares from local stores.

Also Read: A Murder At A Golf Club Involving Team’s Own In Death In Paradise Season 11 Episode 2

Are AJ Odudu and Kai Widdrington Dating? Everything To Know About The Strictly Come Dancing Partners