The Reagans try to stop an illegal drug shipment before it wreaks havoc on New York City. 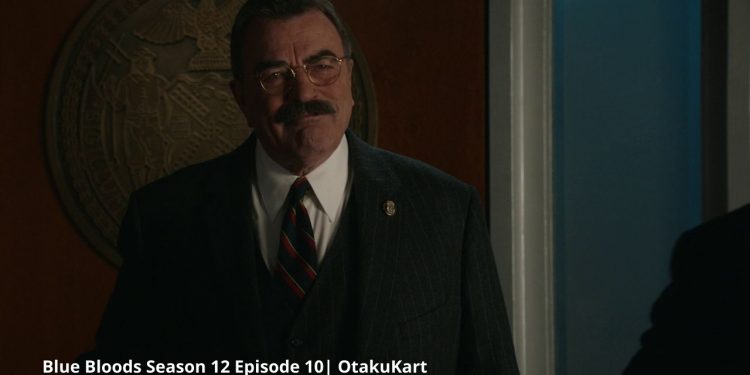 Blue Bloods Season 12 Episode 10 sees the Reagans trying to stop an illegal drug shipment before it floods the city. Jamie is busy helping his neighbor, and Frank finds himself in the clutches of the Mayor. Before we move to the same, the recent fall finale saw Baez losing her hopes of working here. Especially with the fact that sometimes doing the right thing can turn against you. This has to do with the fact that they tried to catch a suspect, but since the systems were down, they didn’t have a proper reason to do so yet. The crowd believed they were harassing him, with the one accused also letting it go. Thus, resulting in them letting him go for now as well.

Coming to systems of NYPD, well, they definitely needed an upgrade. With the crisis taking place, Frank coincidentally saw someone he knew coming to aid. Someone who left her high-ranking position, which intrigued him. Lastly, Eddie saw herself pairing up with an officer named Cora this time. Unfortunately, the day wasn’t good for them when a crazy shooter took shots at them, leaving one of them injured. Here is what went down.

Previously on Blue Bloods Season 12, we opened up with Jamie’s concern with Henry. He fell asleep and forgot to turn off a pan on the stove. Meanwhile, Eddie saw her partner on duty Cora getting shot by a man who was shooting on the street randomly. She meets Cora the next day in the hospital, and her symptoms hint that she might be pregnant. Cora confesses it and requests her to keep it a secret.

Danny and Baez find themselves in trouble from the crowd when they try to interrogate a man named Gavin Powers. He was trying to harass a woman, but due to NYPD’s system going down, they couldn’t look at his history from the database. This saw them letting him go. When they did come back the next day, they came to realize he did have a warrant on him. Frank got to know that systems going down was just a test as Sloane, a former Commissioner from London, came walking down with an offer to upgrade the systems of the NYPD.

Also Read: SEAL Team Season 5 Takes A Hiatus: When Will Episode 11 Come Out?

Danny and Baez later chased a similar case as theirs. The culprit’s name was Bill Smith. The case overwhelmed Baez, but Danny was right there to comfort her. Tracking down the culprit led them to none other than Gavin. Amidst the struggle, Baez got shot, but luckily she survived. The whole precinct found out about Cora’s pregnancy, and she blamed it all on Eddie as she believes she could have told it to Jamie.

Coming to Frank, his department could only play the third of what Sloane has to offer. With that, he also dug deeper into her history as a commissioner in London, which hurt her. He later made up with her at the bar. Jamie later personally made a call to Cora to let her know that some things were just noticeable, and everyone at the precinct did notice her pregnancy. We also saw Henry and Jamie at loggerheads throughout the episode, but in the end, Jamie was bent on keeping Henry safe.

Blue Bloods Season 12 Episode 10 is releasing on 7 January 2022. It is titled “Old Friends”. The official synopsis of the episode suggests an illegal drug shipment is arriving in New York City. The Reagans need to find it before it wreaks havoc in the city. Jamie, on his side, will be busy working a case with a personal touch. Jamie’s neighbor is in debt due to gambling, and he is turning up to help. Mayor Chase may come logging heads with Frank analyzing his ways to handle a brawl.