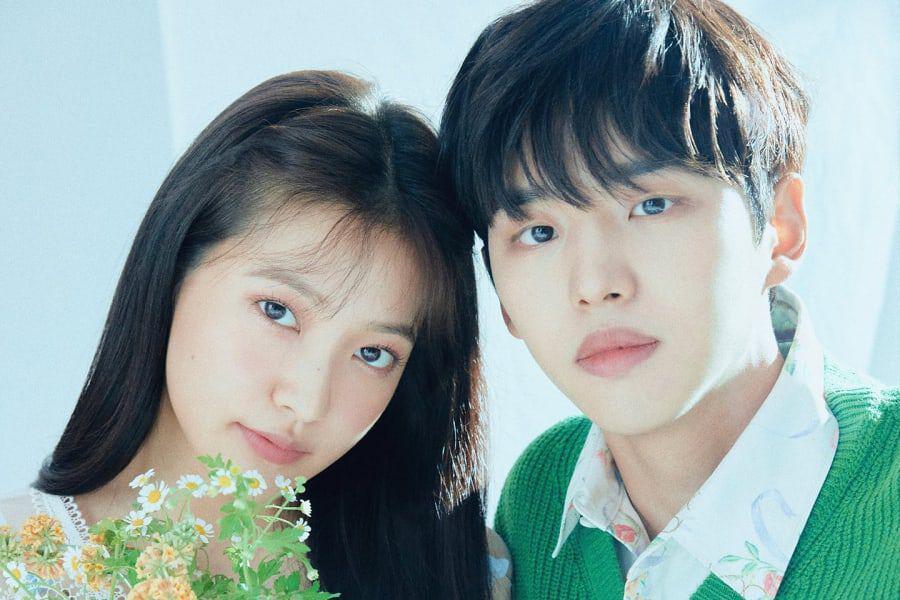 Blue Birthday Episode 2 is something that fans across the world are eagerly waiting for. The first episode of this star-studded K-Drama has left enthusiasts on a cliffhanger after the pilot episode premiered on July 23, 2021. Blue Birthday is the latest star-studded K-Drama on Naver TV starring the Red Velvet maknae Yeri and Pentagon’s vocalist Yang Hong Seok in lead roles.

The main plot of Blue Birthday is that of a fantasy romance drama. Ha Rin and Seo Jun are childhood friends who have known each other for 10 years, Both of them like each other but are scared of confessing their feelings. Finally, on Ha Rin’s 18th birthday, Seo Jun gather the courage to confront her and pours his heart into a letter he writes. However, before the two can become a couple, Seo Jun commits suicide in their high school photography room.

10 years down the line, Ha Rin finds Seo Jun’s old camera and retrieves 9 pictures from the remaining film. These pictures give her a chance to go back to the past and meet Seo Jun to find out what happened to him. She must burn each picture to travel through time. However, Ha Rin only has 9 chances. Will they be enough to solve Seo Jun’s mysterious suicide?

The one K-Drama that fans were waiting eagerly for has finally hit the screens yesterday. That’s right Blue Birthday made its grand premiere on Naver TV on July 23, 2021. Blue Birthday Episode 2 will be releasing on July 24, 2021, at 7 p.m. KST.

In Blue Birthday Episode 2, viewers will hopefully get some clarity as to how Ha Rin traveled back in time to 2011. Also, maybe this time she will do things differently and save Seo Jun from meeting this unfortunate fate. Read on to find out how much of the story you missed in the detailed Blue Birthday Episode 1 Recap below. 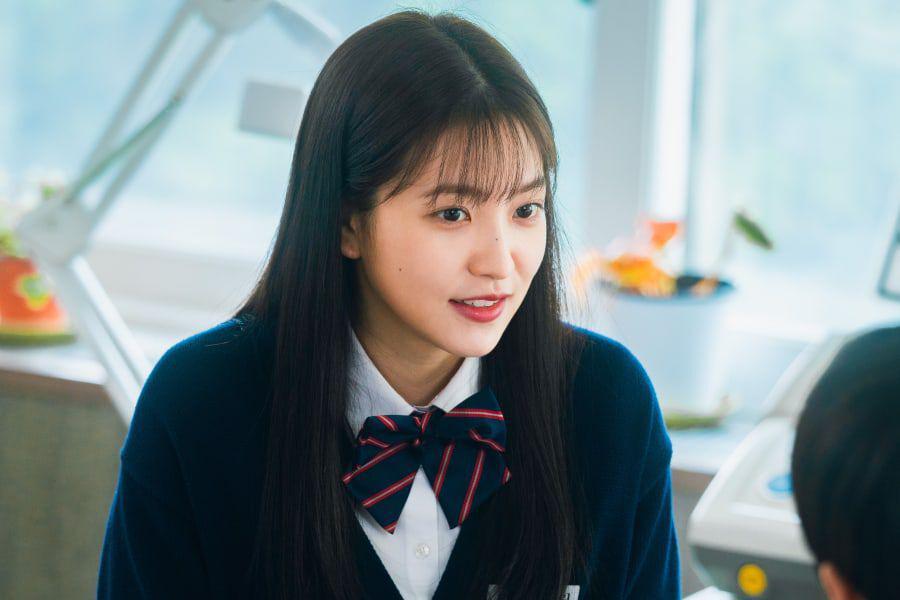 The beginning of Blue Birthday Episode 1 was certainly very intriguing. The pilot episode started with Ha Rin’s narration. It is a flashback scene from 10 years back where we see a Ha Rin as a school student. She is running frivolously across campus to confess her feelings for a friend she has known for 10 years. She has texted him about having something to say. Turns out the friend was no other than Ji Seo Jun. He has also replied to her message by saying that he has a surprise for her in the photography club room.

When Ha Rin enters the room, she sees that is it decorated for her 18th birthday celebrations. Ha Rin is very excited to tell Seo Jun about her feelings. She calls out his name and looks for him behind a curtain. Ha Rin is absolutely shaken to find Seo Jun lying unconscious on the floor in a pool of his own blood. It seems as though Seo Jun has tried to take his own life by slitting his wrist.

The episode then shifts back to the present where Ha Rin is a 28-year old animal rescuer on a mission. Her colleagues think she is very cool for jumping in front of a running vehicle to save a dog. However, they warn her to not be this reckless next time. Meanwhile, it turns out that someone has sent her a birthday cake.

Ha Rin and her colleagues arrive at her old high school for a rescue mission. Here, they remind her of her school days. This compels Ha Rin to take a walk down memory lane. The show again shifts to a flashback scene near the canteen with Ha Rin and Seo Jun’s bickering. It seems as though the two of them are just playing with each other as they fight over a camera and talk casually about who likes who.

The benches in the school’s playground remind Ha Rin of a time she was having a conversation with a friend about confessing to Seo Jun. She was convinced that it was a terrible idea given how long they have known each other. Ha Rin finally enters the school building and finds the dog she has been called to rescue. However, the dog enters the photography room bringing back painful memories from Ha Rin’s past. However, she soon snaps out of it and rescues the dog.

While walking back home, Ha Rins tops at a nearby photoshop and is surprised to find Seo Jun’s camera by the display window. She gets the old films printed but is only able to retrieve 9 pictures. The owner of the photoshop seems to be a mysterious man who happens to know a lot about Ha Rin and Seo Jun. 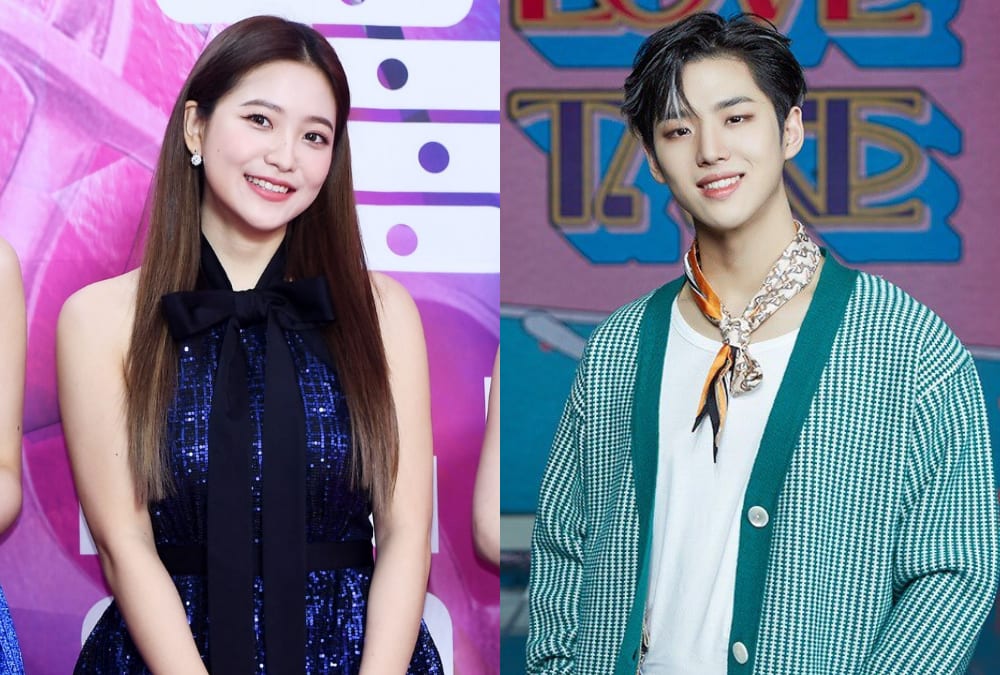 Later in the evening, Ha Rin is celebrating her birthday with a cake and drink with her friends. However, when they ask her about work, she tells them about going back to school for one mission. Everyone falls silent as they know what this means. When her friends begin questioning why Seo Jun tried to kill himself, Ha Rin said it was because of her. She then gets up to leave the restaurant.

Ha Rin’s long walk home is about nothing but a recollection of regrets about everything she could have done to save Seo Jun. Later when she goes home and checks his pictures, she sees they are all hers. Out of sadness and anger, Ha Rin burns them all. Later, Ha Rin finds a letter from Seo Jun along with all the pictures. He has confessed his feelings for her here. Ha Rin completely breaks down with the rush of memories and emotions that flood her mind.

As Ha Rin grieves for Seo Jun, she wishes to see him again. As soon as she closes her eyes, Ha Rin travels back in time to 2011 where she is still in school and Seo Jun is still alive. The episode ends here as the caption reads – burn the photo and travel back in time.

For the time being, Blue Birthday Episode 2 will be only available on Naver TV. However, you will soon be able to catch it on YouTube in about two weeks. Blue Birthday’s grand YouTube premiere is scheduled for August 6, 2021.

Also Read: Will There Be The Flash Season 7 Episode 19?