The update 17 of the Blox Fruits is most asked from the fans, This article will let you know everything about the Update 17. 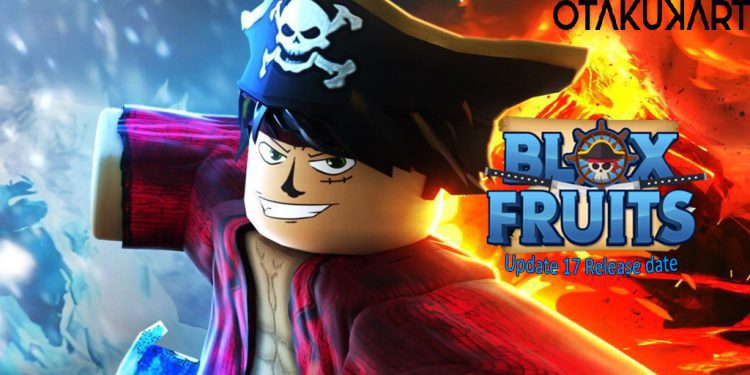 Blox Fruits is a Roblox game made by mygame43. Blox Fruits launched in January 2019. The creator also goes by the name of Gamer Robot on YouTube. The game is very heavily inspired by the Japanese manga One Piece, like Blox fruits named after Devil fruits, Sea weakness for the devil fruits user, etc. The game has over one million members. In November 2021, the game reached three billion visits. For this achievement, the developer made and released new code 3BVISITS that grants double the exp for half an hour.

What Is Blox Fruits?

Blox Fruits is a game made in the game platform and game-making system software known as Roblox. It is a pirate game that takes its idea from the famous and best-selling Japanese manga One Piece.

This game has a variety of choices for the players in the game. There are several races in the game which the player can choose. Some special types of races exist that require certain requirements to be met. There are also different types of swords in the game. The races in the Blox Fruits are mainly of four types. Those are Human, Fisherman, Skypian, or Mink. Every race has its abilities. The game has two other races, and they are very special. They are Cyborg and Ghoul. Certain requirements have to be met to obtain them. The players can evolve a race to second and third versions. With every evolution comes different new abilities. This evolution can only occur in a particular area of the map called the Second Sea. The game also allows the player to change their race. All the races in the game have their own specialty.

Also Read: How to get Goku in a Universal Time Roblox?

There are four different ways a player can play the Blox Fruit. They can become Swordsman, Blox fruit users, Gun owners, or melee fighters.

Blox Fruits are of three types: Natural, Elemental, and Beast Fruits. The Fruits can be found randomly in the game, generally under the tree. Blox Fruit Dealers are another source to get the fruits.

There are five types of swords in-game: Common, Uncommon, Rare, Legendary, and Mythical swords. The players can get the swords from defeating bosses, sword sellers, legendary sword dealers, NPCs, or Robux.

Lastly, there is Melee combat. The game offers various types of melee abilities that the player must learn and master. There are many abilities in the Blox Fruits. Some of them are Dark Steps, Electro, Dragon Breath, Superhuman, Death Step, etc.

So, When will the new update for the Blox Fruits roll out? There is good news for the fans. Update 17 part one is out now. It came out on 30 December 2021. The developer is releasing the update in parts. With the new update comes new codes, when redeemed, allow the players to get some benefits like extra Exp, Titles, Stat resets, etc.

With part one of Update 17 out, 2200 is the highest level. Dough Blox Fruit and Soul Blox Fruits are new fruits in the update. A limited-time event sword is added called Buddy Sword. It is on Christmas Island. The players will have to defeat the Cake Queen to get the limited-time sword. The codes working the update 17 are:

Expect more codes to release in the future with part two of the update. The developers have not yet put out the release date for the second part of the update. Mid-to-end January is a good bet for the release.

Also Read: Beesmas: When Is The Christmas Event Coming On Bees Swarm Simulator?