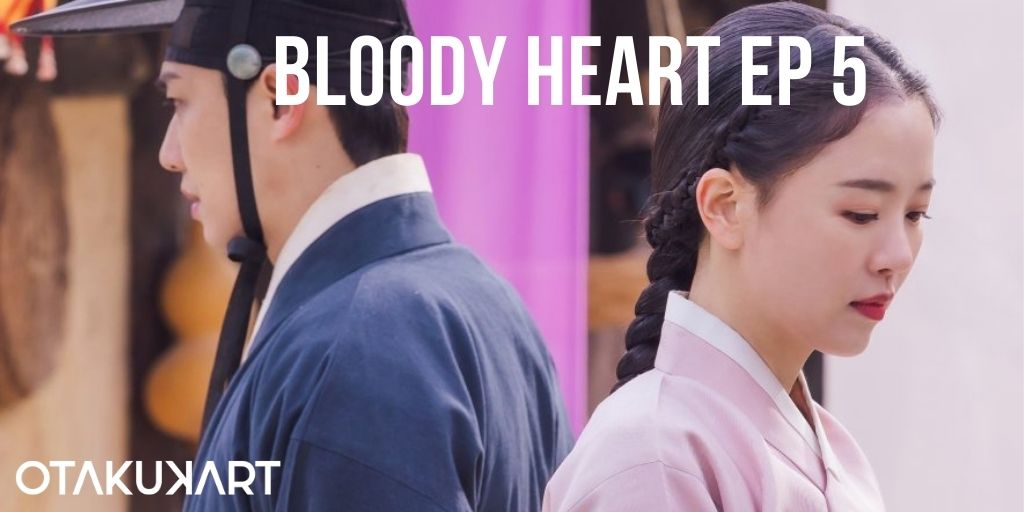 Fans are eagerly waiting for Bloody Heart Episode 5 as it is sure to clear some things that are currently happening within the palace. The series stars Lee Joon playing the role of the ambitious emperor of the Joseon dynasty. Acting as his constant support is Kang Ha Na who plays the role of the noblewoman Yoo Jung. However, the man everyone should look out for is neither of these two. But instead, Park Gye Won, who is played by Jang Hyuk. Gye Won is the chief advisor in the royal court and is also known as the kingmaker.

The series depicts the tale of a historic political struggle with the involvement of various noble families and royal dignitaries. They set into motion a power struggle owing to the displeasure that is being caused by the king’s choice of a wife. It seems like everyone has their own plan in mind and will reap different benefits. Ultimately, who do you think will emerge with victory? The series is extremely gripping and has us right at the edge of our seats. We cannot wait to see how the story progresses further.

The fifth episode of Bloody Heart is off to a rocky start as the King’s true identity is exposed to the naive Yoo Jung. So far, Yoo Jung has lived her life in the palace as Park Aok. However, when it was finally the time for her date with the king, she discovered something that horrified her. The man who had saved her life not long ago. The man who seemed to have fallen in love with her, at first sight, turned out to be the king of the empire.

The mastermind of this plan, Park Gye Won rejoices in secret when he learns that everything is going according to his sketch. The chief officer explains to the king that this was nothing more than an expression of the loyalty he felt toward the emperor. Being the holder of absolute power in the kingdom, messing with him unplanned is not the best idea. Moreover, the Queen dowager also enquires if there has been any information from the left council. The royal life seems to be slipping into a sequence of chaos with the bustling miscommunications and confusion. What plan do you think are these royals cooking up? How will the king strategize to free himself of this terrible mess? Watch Bloody Heart episode 5 to find out!

Also read: Will We Get To See Our Magical Trio In A Season 2 Of The Sound Of Magic K-drama?

Bloody Heart Episode 5 will release on May 16th, 2022. New episodes of Bloody Heart will release every Monday and Tuesday. The road ahead for the Royal couple seems rather bumpy as none of the parties seem to back down from the power struggle. Many innocent individuals already lost their lives and more casualties are unacceptable. Bloody Heart ep 5 will tend to these issues as the Royal highness tries to struggle his way out of the chaos that has been unleashed. Fans can definitely expect some intense scenes loaded with emotion and action!

Bloody Heart ep 5 will air on the KBS2 network in South Korea at 9:30 pm KST. New episodes of the series are scheduled to release every Monday and Tuesday. One day following the live release, Bloody Heart ep 5 will be available for streaming on the Korean OTT platform Wavve. For the fans living beyond the Korean time zone, you can catch the episode live in the following time slots. 6:00 pm IST, 10:30 pm AEST, and 8:30 am Central time.

Bloody Heart can also be streamed online on the Disney+ platform for a more comfortable experience. However, the platform requires its users to avail of a premium subscription to continue watching the episodes on time. Moreover, the Disney+ Hotstar streaming service is available in selected regions only. Stay tuned to Otakukart for more updates!