In today’s article, let us tell you some of our daydreams! Living the life of a princess has always been on our list. Bloody Heart Episode 2 is next. To stay protected within the royal castle walls, with numerous butlers tending to all our needs. The possibility of falling in love with a prince just as charming has us head over heels for the idea. Sounds pretty enticing when we put it this way right? This is what we thought Bloody Heart Episode 2 will be all about as well!

However, the reality is quite different. The price one has to pay for royalty is rather high. Wars, politics, and power struggles – the list is endless. Battling through all this suffering and obstacles to ultimately rise to the power is Lee Tae. How do you think his ambitions will crumble when he encounters a woman so beautiful that he is willing to give up the throne for her? Watch Lee Joon and Kang Han Na prove to the world that the very source of power itself is Love, in their bewitching drama Bloody Heart.

What to expect from Bloody Heart Episode 2?

The synopsis of the first episode made it clear that the path to the throne is not an easy task. Blood must be shed and lives must be sacrificed to earn the right to sit on the ultimate throne. Lee Tae is one such ferocious king who will stop at nothing to fulfill his desires. With the help of his ministry general Park Gye Won, he secures this seat rather easily. However, his struggles are only beginning now.

In Bloody Heart episode 2, Lee Tae encounters a woman so beautiful that he is instantly swept away by her. He makes her his prize and decides to pursue her as his wife. However, love and marriage do not come easily for the very king either. Turns out, the woman he has laid his eyes on is one of noble birth. This gives way to resistance and opposition by the noble families. Lee Tae is forced to win yet another battle, one which involves pleasing these powerful families and converting them onto his side.

As his personal matters take the spotlight, the enemies are not sitting idle. They are eagerly looking for the next instance to strike and defeat the arrogant and ferocious King of Joseon. Life is never boring for these folks at the palace as they are always on the lookout. Fans can expect some cute interactions between Lee Tae and Yoo Jung in Bloody Heart episode 2. Moreover, the action and cinematography of the entire series are sure to transport you back in time! Grab your popcorn and brace yourself for this new adventure!

New episodes of Bloody Heart are scheduled to release every Monday and Tuesday. Bloody Heart episode 2 will be available to the viewers for streaming on 3rd May 2022, which is a Tuesday. The synopsis of the first episode of the series has already got us hooked and we cannot see how this story progresses. So far, things look promising and we leave it to the beauty of the actors and producers to carry this drama to success. What more twists and turns will our characters go through? Ultimately, who will be the chosen one to rise above it all?

Where to watch Episode 2?

The series is a marvelous creation of the KBS2 network. New episodes will air every week at 9:30 pm Korean Standard Time. If you are a resident living outside South Korea, then the following list is for you. The episode will be available at 6:00 pm for Indian fans. Australian fans can watch it at 10:30 pm on the same day. Lastly, the American and Canadian fans out there can avail of the episode at 8:30 am! Let us know what you think of the series and stay tuned to Otakukart for more updates!

Also read: Lee Junho and YoonA confirmed to star in the upcoming drama ‘King of the Land’ 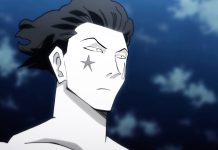