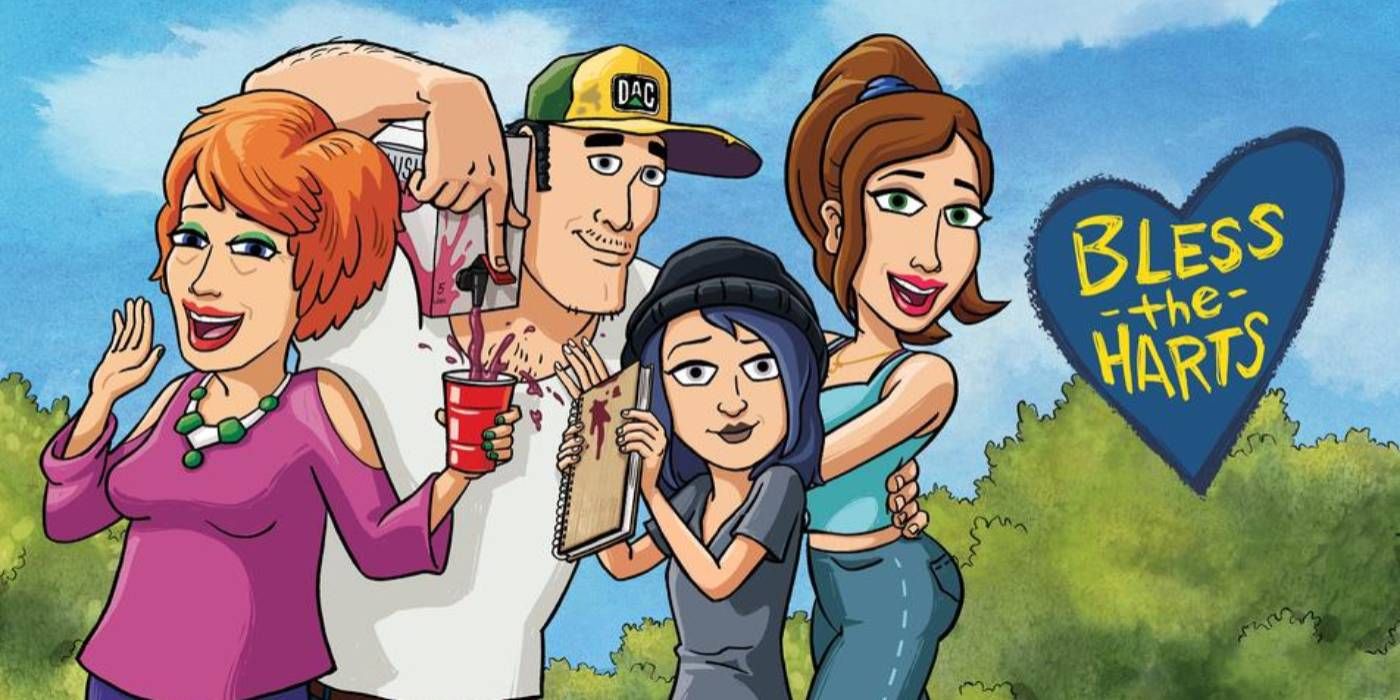 Usually, animated films and movies are children’s favorites. But adults enjoy watching animated films and series too. And Bless the Harts adult animated sitcom series is focused on the entertainment of adults. This sitcom is created by Emily Spivey for the Fox Broadcasting Company, an American broadcasting company. The series first came out on the 29th of September, 2019. The executive producers of this series include Spivey, Andy Bobrow, Christopher Miller, Kristen Wiig, and also Seth Cohen. Bless the Harts series is a joint production between the television production giants Fox Entertainment and 20th Television.

The animation production for the series is handled by Titmouse, Inc with some help from the overseas animation services by Yearim and Digital eMation in Seoul, South Korea. The title of this show is based on the famous South American phrase ‘Bless your heart.’ In October 2019, the series got revived for season two, which had 21-episodes lined up for the audience.  The second season premiered on the 27th of September, 2020, and is still running. The roles of Co-showrunners are taken up by Emily Spivey and Andy Bobrow. A piece of sad news for the audience came out in April 2021. That season 2 will be the finale season of Bless the Harts.

The series revolves around the happenings in a middle-class working family of North California. Here the leading lady Jenny Hart struggles to make ends meet for her family. Her artistically talented and gifted daughter Violet Hart and mother Betty Hart also live with her. Along with her boyfriend, Wayne. Apart from that, there are also other recurring characters in the series. The creator of this show, Emily Spivey, stated that this show is based on her life while she was growing up in High Point, North Carolina, and it is located in the state’s Triad region. The name of the fictional town in the show is Greenpoint which is also a portmanteau of Greensboro and High Point.

Bless the Harts somewhere remotely shares the universe with the Fox series King of the Hill, which ran from the year 1997 to the year 2010. The creator also states that King of the Hill is her major influence for creating the show Bless the Harts. Mega Lo Mart, the fictional store, which first introduced King of the Hill and also has many appearances in Bless the Harts too. The cast for this series includes Kristen Wiig as Jenny Hart, Maya Rudolph as Betty Hart, Jillian Bell as Violet Hart, Ike Barinholtz as Wayne Edwards, Kumail Nanjiani as Jesus Christ, and also Fortune Feimster as Brenda Clemmons. The cast also includes names like Emily Spivey, Dew Traver, Jeremy Rowley, Oscar Montoya, Andy Bobrow, and many others. There are also guests appearing in the series like John Soloman, Jee Young Han, etc.

Bless the Harts; season 2 will consist of 21 episodes. And currently, 16 episodes have aired already. Now the people are curious to know what the next episode will have in store for them and when the episode will air. But before that, a short Recap of the happenings of the last two episodes is here for you. In Episode 15, Violet expresses her interest in the lifestyle of a famous singer. So Jenny offers to teach her how to dance in an effort to bond with her daughter, but she ends up taking things too far. Meantime, Wayne attempts to gain Betty’s recognition by driving her to a flea market. In the 16th Episode, the Harts try to overthrow a popular new megachurch by revealing its founder.

But the task proves to be more complex than initially thought. On the other hand, Violet and David pull a prank, using a Jesus statue to scare people into feeling bad about themselves but it kind of backfires. Bless the Harts Season 2 Episode 17 is going to release on the 11th of April 2021, at 7:30 PM on Fox and will be named Hot-Tub-tation. In this episode, Wayne will gift Jenny a hot tub for their anniversary. But it turns out to be more trouble than it’s worth. Till then, after getting banned from her chosen department store, Betty disguises herself in order to visit a sale.