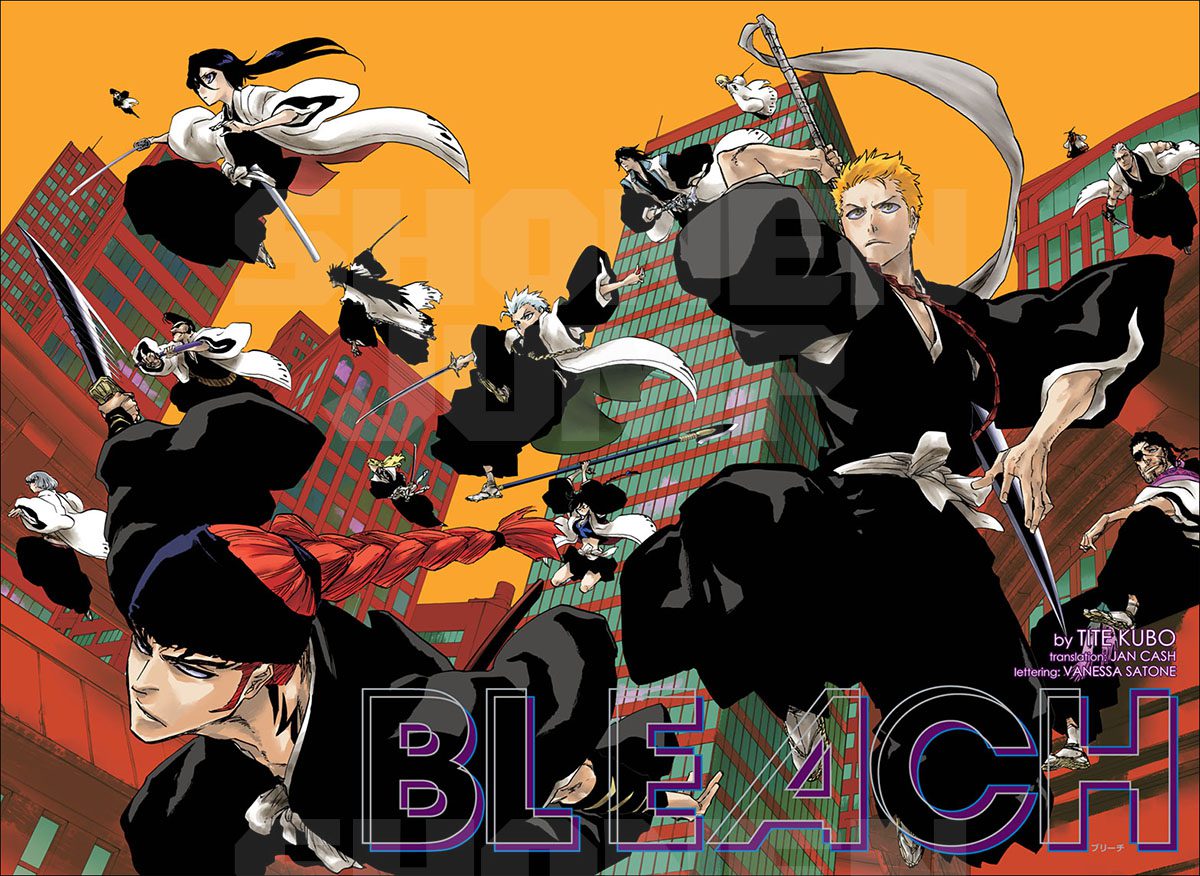 Tite Kubo’s Bleach ended back in 2016 and has since left many Bleach fans in a void. Despite the dramatic ending, we can’t help but ask for more, after all. So when the mangaka announced a special Bleach one-shot to celebrate its 20th anniversary since serialization, of course, we were screaming with excitement.

The one-shot was launched earlier this month, and it brings back all our favorite characters and also adds new characters to the story. But that’s not even the best part! It seems like Tite Kubo is opening a new door to a whole new arc for his readers, indicating the manga’s return! The Bleach one-shot has to be one of the greatest things to be launched this summer. Are we excited for whatever Tite Kubo has planned ahead for us? Of course, we are! After all, this is one of the late 1990s Big Three we are talking about.

Bleach began serialization in 2001 and ran till 2016 in Shueisha’s Shonen Jump magazine. The manga is compiled into 74 volumes and was adapted into an anime as well which became equally popular over the years. Even if the manga has concluded, it continues to sell like hotcakes, having more than 120 million copies in circulation (as of 2018). Its main lead, Ichigo Kurosaki is one of the most popular characters that cosplayers often select to cosplay as well. Bleach is especially famous for the plot twists in the arcs and the genuinely well-done art. In addition, the amount of humor in the manga just never fails to disappoint anyone.

The Bleach one-shot has all these elements that made the parent manga such a hit. Here’s a quick analysis of the bleach one-shot. However, there are spoilers ahead, so look out!

The one-shot is set 12 years after the events of the Bleach manga. The Soul Society is preparing for a new event called the Konso Reisai that takes place every twelve years. All assistant captains in different Company Barracks are notified about it. They are having a ceremony for Captain Jushiro Ukitake, but it is disrupted by a sudden ambush of Hollows with no spiritual pressure. As they fend against the different hollows, comes along an enemy they had never expected to encounter: Szayelaporro Granz. As he fights Ichigo and Renji, he reveals a darker side of the Konso Reisai that leaves everyone baffled.

The Bleach one-shot runs for 73 pages. Within these 73 pages, Tite Kubo has spun a great story that looks like an elaborate introduction to the newest upcoming arc. Panel after panel, the mangaka has spiced up the story with new characters and abilities that look absolutely stunning. The Bleach one-shot is more than just a story. It’s a nostalgic comeback for the entire Bleach fandom left for us to enjoy with great comedy and fantastic action scenes. Fantasy takes yet another turn and this time, we step into the door of hell.

🇬🇧 20th Anniversary of serialization! A new one-shot episode of Bleach is out now! pic.twitter.com/eUWwvTmfGN

The one-shot of Bleach was launched on 9 August 2021 on Viz Media and the Jump+ App celebrating the 20th anniversary of the manga. It begins with Kazui, Ichigo’s son, sneaking out of his room at night as he is followed by two hell butterflies. He opens a portal to the Soul Society. In the next panel, we see the events in the Soul Society that took place three hours before. The first character we see is a cute little girl called Ichika, Renji Abara’s daughter. She is quite energetic and wishes to visit Kazui, but she is only allowed to do so during long breaks.

Soul City is getting technologically developed as well. We see Renji and Rukia with phones, and we also get to hear about TVs being introduced. Renji explains everything about Konso Reisai to Ichigo. In this event, dead captains are honored 12 years after their funeral rites. The ceremony is rare, and it is also Renji’s first time attending one. It requires capturing a live Hollow and killing it in front of the grave. Ichigo is also allowed to attend it too since he was close to Captain Ukitake.

The Appearance of the Hollows

We meet different new characters like the deaf assistant captain of the seventh company barrack, Atau, and the excessively gyaru assistant captain of the eighth company barrack. Renji’s daughter sneaks in with them to see the land of the living as well. As they are talking, a huge army of Hollows with zero spiritual pressure attacks them. The assistant captains and Ichigo fight them with all their might. When one of them asks if they should capture a hollow for the ritual, Ichika’s sensei says that they do not have time for that and they must end it in a single blow. An amazing war breaks out between the shinigami and the Hollows. Renji discovers Ichika, and he is furious. 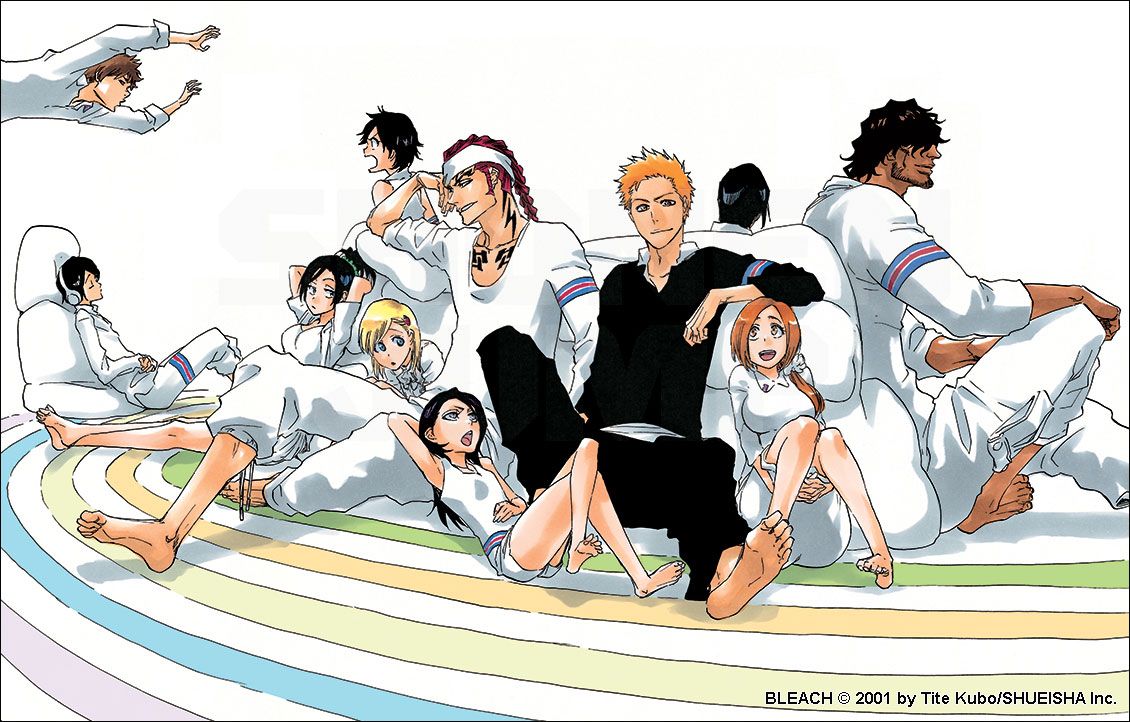 Suddenly, Szayelaporro Granz appears in front of Renji. He looks different. On being asked, he reveals that he was cast to hell. He threatens Renji as he proceeds to attack Ichika. But Ichigo interferes at the right moments and attacks Szayelaporro. The other shinigami who had killed the hollows examine their residue and realize it’s actually phosphorylase from hell and not reishi. We are then introduced to a concept of ‘Spirit Class’, according to which different reishi have different spiritual pressures. After they pass, the reishi is passed on to the soul society.

However, third-class reishi cannot be returned to the soul society. Through the ceremony of the Konso Reisai, the souls of the captains are cast to hell.

Szayelaporro Granz reveals the same to Ichigo as they fight. He also reveals that since the soul reapers at the gate have disappeared, passing out of the gates of hell from the other side has become easier. However, before he can be killed by Ichigo, he is taken back to hell by Captain Ukitake’s spirit. The ceremony for the late captain is complete. Ukitake is now a part of hell, as the ceremony promised. As the last panels close, we are given a question to think about: why do the butterflies that guide the soul reapers have hell in their name?

The special Bleach one-shot gave out a great feeling. Its story was quite typical of Tite Kubo. The first half had a great sense of humor, and then the amazing action began. I love Kubo’s art in this one-shot. After the 12-year time skip, everyone looks older. The new character designs are mind-blowing. Every one is designed to fit their characters, and we feel the energy of Bleach once again. The very introduction of Szayelaporro was such a great initiative, and we are loving it. Honestly, this brings up a lot for us to think about as well.

Bleach is returning, and there can be no better dramatic beginning for it. The next arc is to be called ‘Howls From the Jaws of Hell arc’. A lot of great things are expected from the return of Tite Kubo’s manga. Everything in the Bleach one-shot is absolutely brilliant, and we can’t wait for an official announcement regarding the manga’s return. The new arc will give us more information about hell. Is Captain Ukitake going to be the next antagonist? Maybe. But we will not know until Tite Kubo gives us an update about the manga.

We recommend this one-shot. It is refreshing and holds so many great panels, each dripping with thrill and fun. I can guarantee no Bleach fan would be disappointed with the development that the manga has taken its turn into. The manga is made with all the attention of the manga, and we wait for its further development with anticipation.