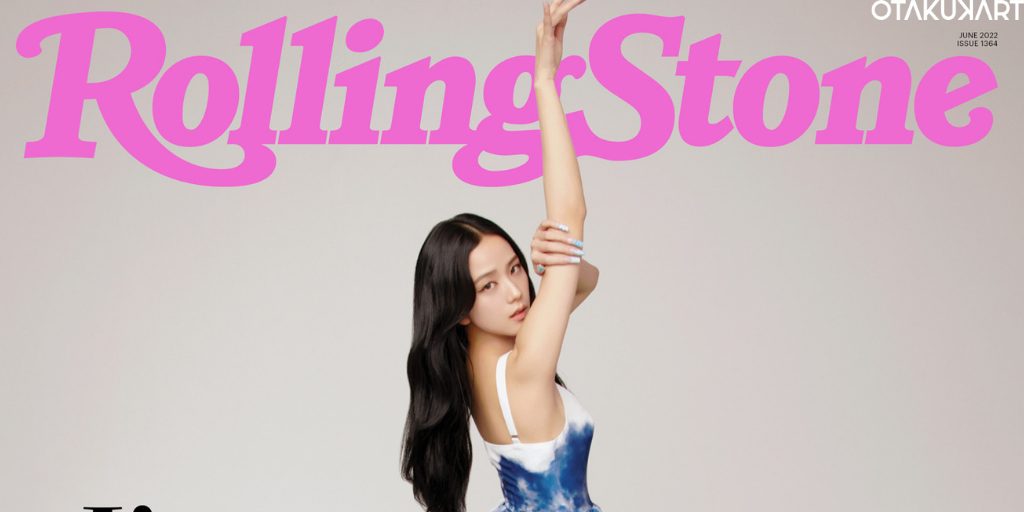 Rolling Stone had sat down with Jisoo in the conference room of YG Entertainment as she sipped iced coffee while pondering over important questions. Jisoo is the eldest and the lead vocalist and visual of Blackpink. Ever since the year started, Jisoo has been quite swept up with her schedules. First of all, she had been busy with the promotion of Snowdrop.

Snowdrop is the first k-drama where Jisoo has bagged the lead role and had gained a lot of popularity as an actress due to her impeccable acting skills and chemistry with Jung Hae In. She had been receiving praise for her acting skills and was even wished a special birthday by Beyonce herself.

Jisoo was also busy promoting the luxury brand Dior and even attended many events. talking about luxury brands, Cartier had recently announced that the Blackpink member had become a brand ambassador. All in all, the K-pop idol as well as her members had been packed with schedules and blinks rarely got an OT4 moment. However, this time, when they did decide to get together they had achieved a new feat by becoming the first Asian girl group to grace the cover of Rolling Stone.

What Is Jisoo Upto These Days?

According to Jisoo, her days have been pretty quiet recently, although she does wish they can get back to making more music as soon as possible. In addition to that, she revealed that she stays in the same building as her parents, so they share meals together. She gave a TMI and said that after this interview she will go to a hospital since her leg has been hurting for over a month since she bumped into a door. 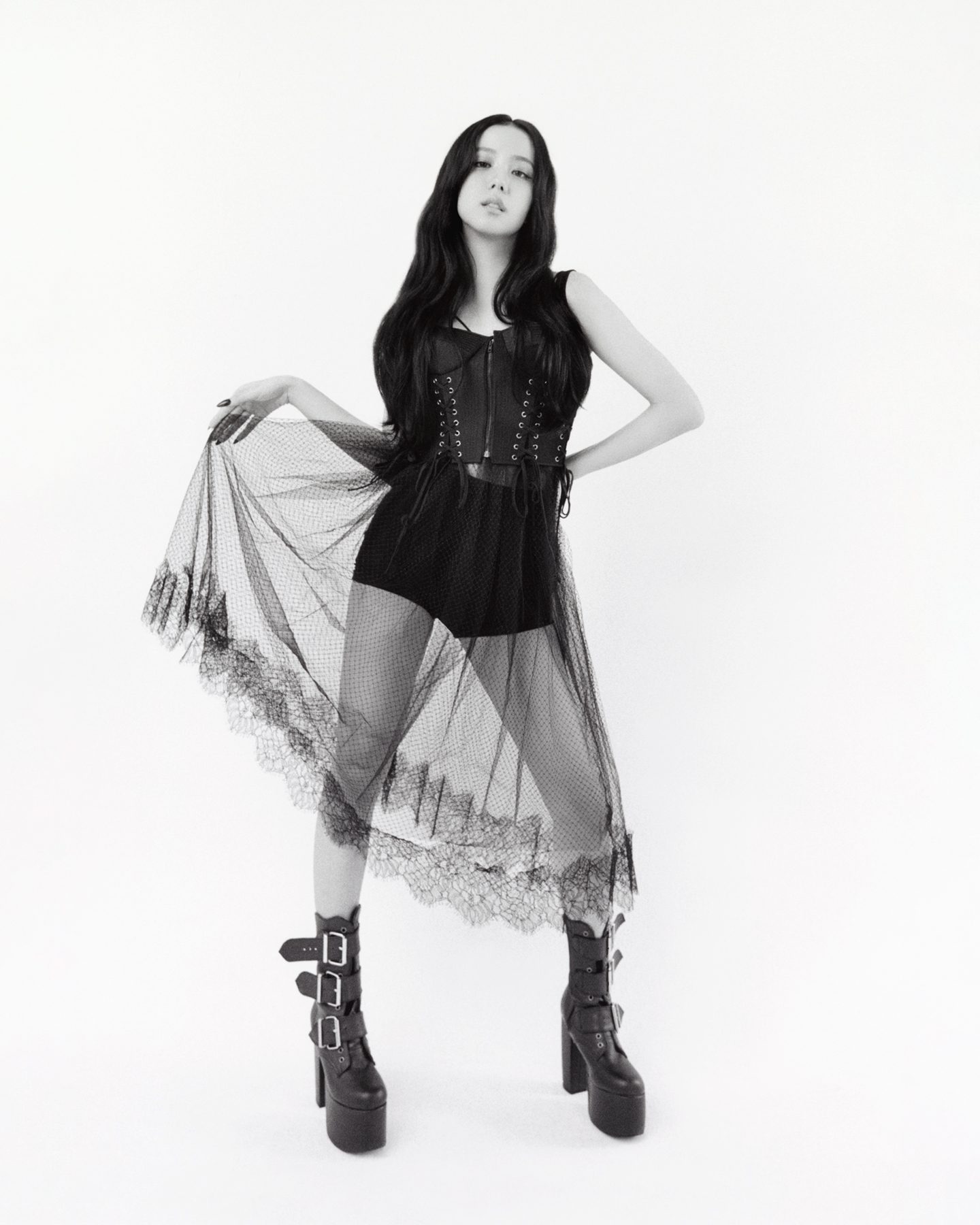 Jisoo is thankful that they have just started to record for Blackpink’s upcoming comeback and that they are not on the choreography part right now because the songs are recorded first then the choreographies are made. She hopes that her leg heals by the time they get on the dancing part as she wants to give it her all! We do not know about you, but we sure are happy knowing that the girls have started to prepare for a comeback since it has been two years since Lovesick Girls and their first studio album that they had released back in the October of 2020.

Childhood dream, Parents, and Her Personality- Jisoo Talks About It All

Talking about her childhood dream, Jisoo said that she never had a fixed dream. As she never had a big dream, as a child, she always admired those people who kept working towards a goal. For her, if she did not get the results she wanted quickly then he would get bored and then quit. Jisoo gave the example of exercising. While exercising you do not achieve what you want easily and need to keep doing it every day with patience. She says, unlike some people, she can not bear this period of stagnation. She does not know how to wait. She revealed that her high school friends had been astonished that she became a K-pop idol in the first place as she was famous for dropping out of things quite easily. 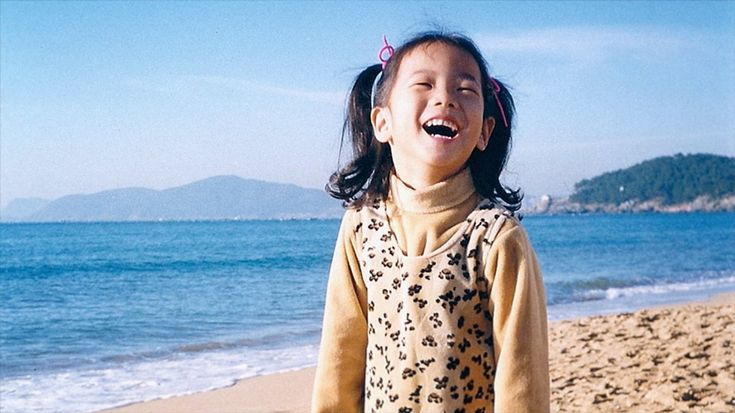 Jisoo said that back in her school years, if she felt sleepy or did not even want to go to school, her dad would actually persuade her not to go to school that day and then the next day her teacher would scold her about how her future. It is not like her parents did not care about her education, it is just because she is their youngest child they were more liberal with her. Moreover, this became a part of the reason why it was hard for her to transition to YG Entertainment because there were many rules that trainees had to follow. Jisoo disclosed that the only reason why she was able to endure the harsh trainee life is that she did not want to yield like the others and that is how she made it into Blackpink!

Upon being asked about what she likes about making music, Jisoo revealed that rather than receiving pre-made songs, the Blackpink members have all hands on deck in making music for their comebacks. She says that if the group had received pre-made songs that it would just seem mechanical and take out the fun process of creating something new. The Blackpink members keep working throughout the process such as adding lyrics, changing up the choreography, and more. Jisoo says it is quite a miracle that she has been creating music for 10 years by now and still working on it! 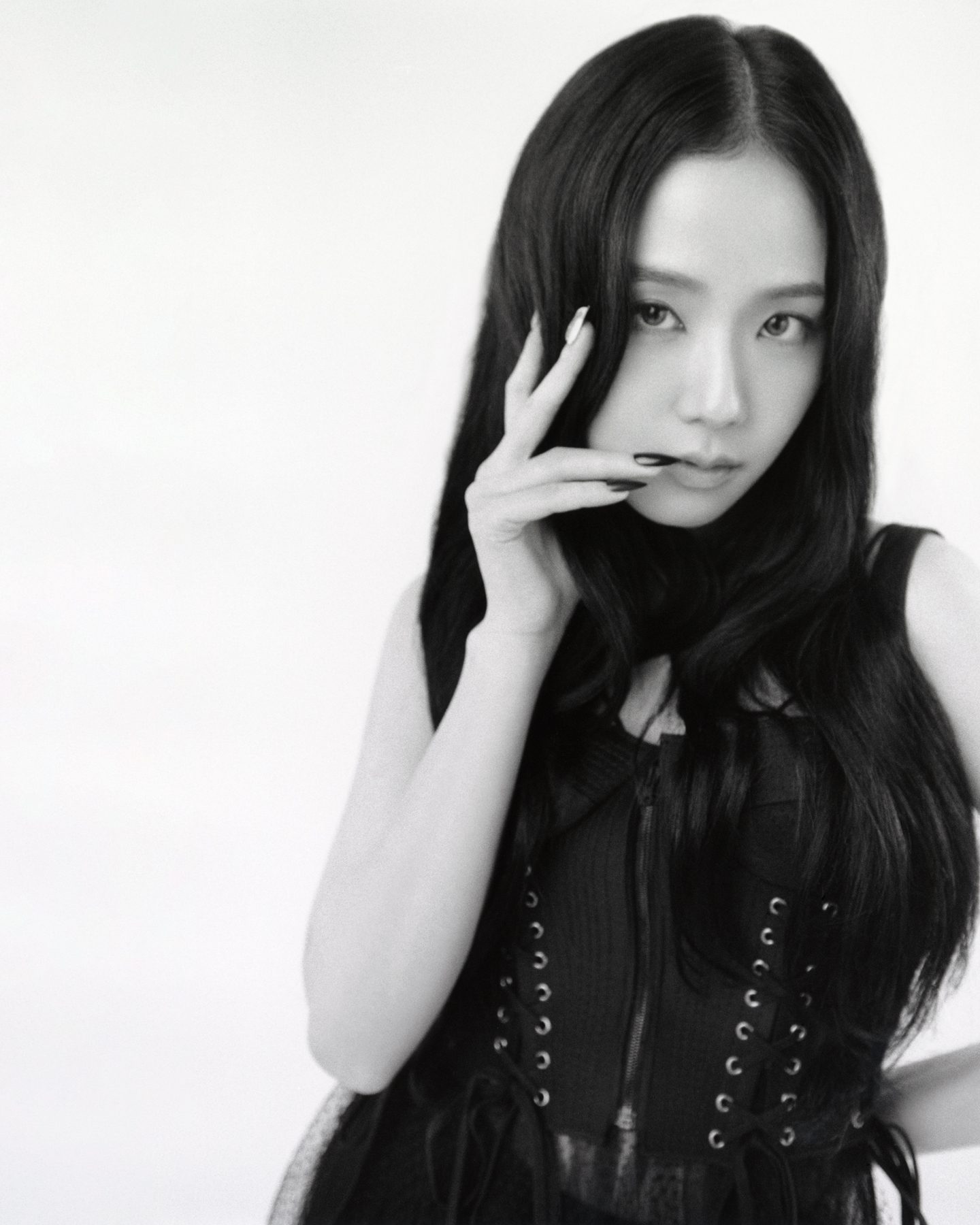 Jisoo continued by saying that she loved the music that Blackpink makes and it helps her more than anyone else realizes. She did not use to listen to many songs before she became a trainee in YG Entertainment. Jisoo says that just the way she listens to music when she is having a hard time, she wants her fans to feel comforted and happy by listening to the music too! 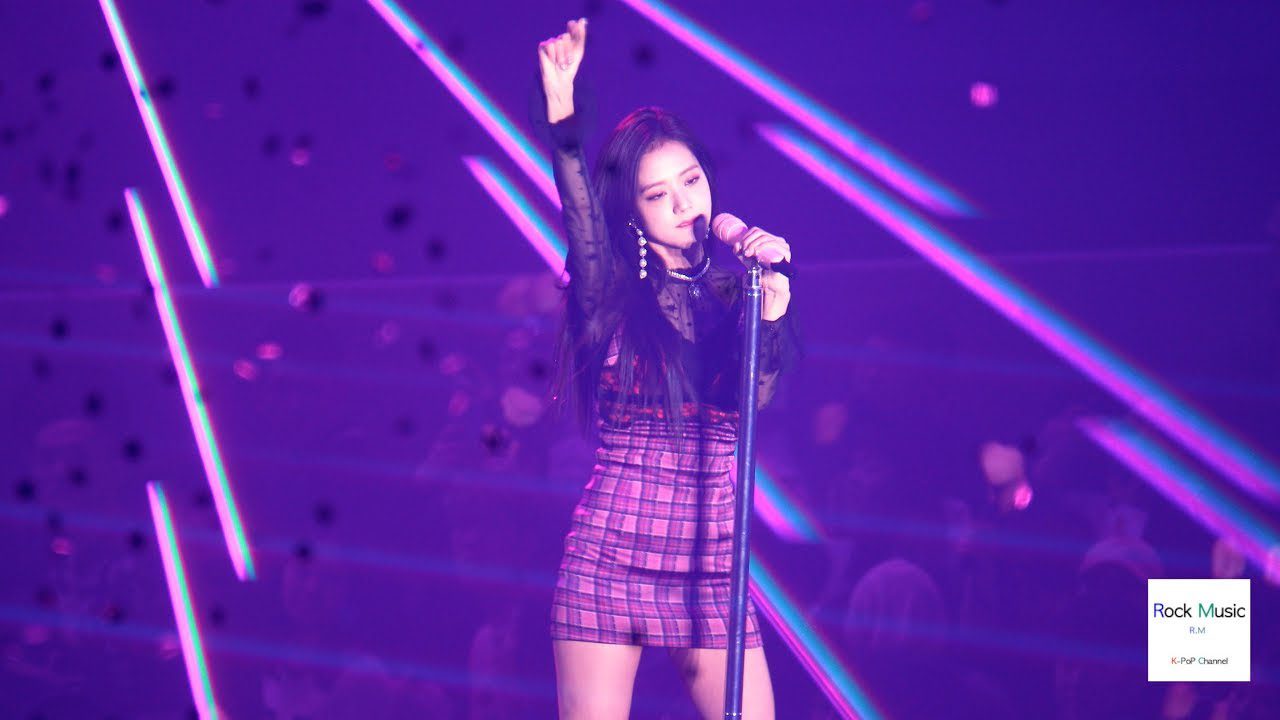 As for her own solo music, Jisoo has a lot of conflicting questions. She is not really sure of whether she really wants to go solo right now. Jisoo is confused about whether she should make music like the one she listens to or can do or wants to do. Should it be rock music or music with a lot of instruments? What will her fans like? For now, she has a lot of lingering thoughts in her mind. Jisoo has made it clear that it is not at all easy.

Jisoo Talks About Choosing The Right Path For Herself

Jisoo says that even though people say that as she is a part of Blackpink, that is the right path for her, the experience is quite different for her. She still has not figured out what she likes and wants to do with her life. Jisoo knows that she likes to perform but does not like to perform. She gave her experience of performing at Coachella as an example. At that time, her back had been hurting like crazy and she had to take painkillers every night. It would not take much effort from anyone to persuade her to perform while sitting down but the only thing stopping her was her pride and the sense of duty in her. 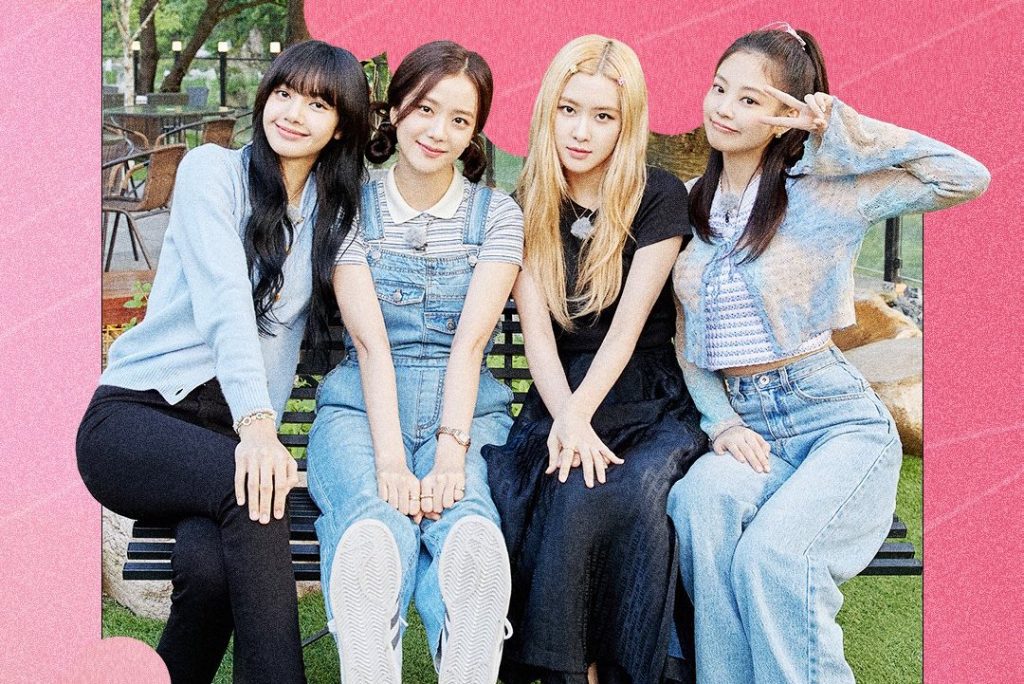 She says that it is quite different from the other members of Blackpink. They get energized by the people’s cheers while performing and get depressed after the performance. But for her, she keeps worrying about giving a good performance, and rather than having fun it seems more like a test for her. Lastly, Jisoo added that she thinks she will always keep looking for something that she actually likes and that she is not alone in this process. With the members and fans at her side, she gets her power and sense of responsibility.

A part of the reason why Jisoo’s friends had been surprised that she became a K-pop idol is that she had been quite free-spirited. When she was asked about what she will do when she grows up, Jisoo would say that if she does not get a proper job then she will take part-time gigs and leech off of her parents. People around her thought she will always do anything that she ever desired. Moving on, Jisoo said that she did not agree about the E in her MBTI as she prefers being alone. She would always regret it if she had set up too many dates! 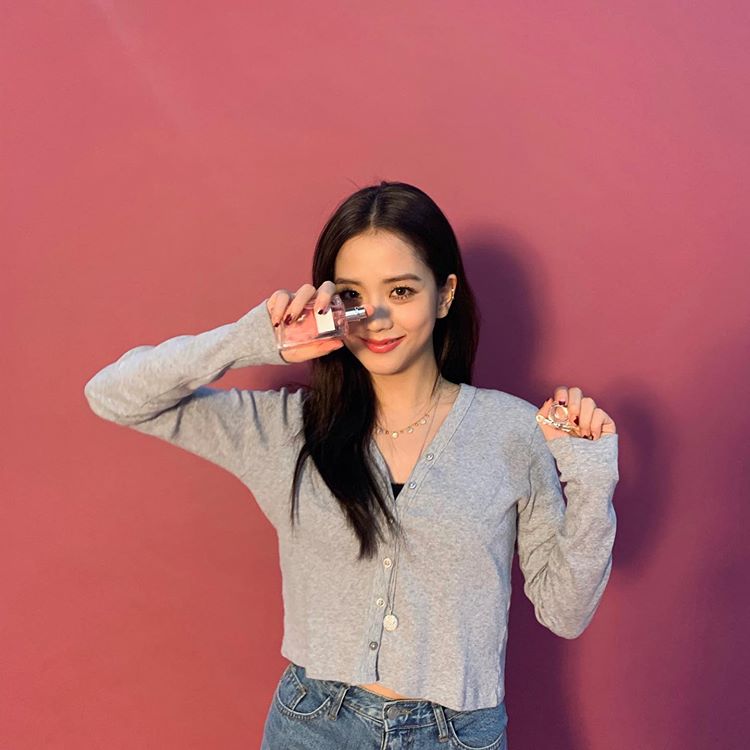 Talking more about her personality, she says she has not changed a bit from the girl who came from the small city named Gunpo. Her friends and family are always astonished when she is roaming the streets freely, their reaction would be like ” But you are a part of Blackpink!”. Talking about what makes her happy these days, Jisoo replied instantly that she loves to sleep since she feels that she escaping the world. Like every one of us, Jisoo has bizarre dreams that include someone chasing blackpink and the chase going on for hours!

Jisoo has once again proven that if there is a K-pop idol who we should be looking up to it is her!

Also read: Jisoo’s Net Worth: What is the Total Earning of the Blackpink Starlet?