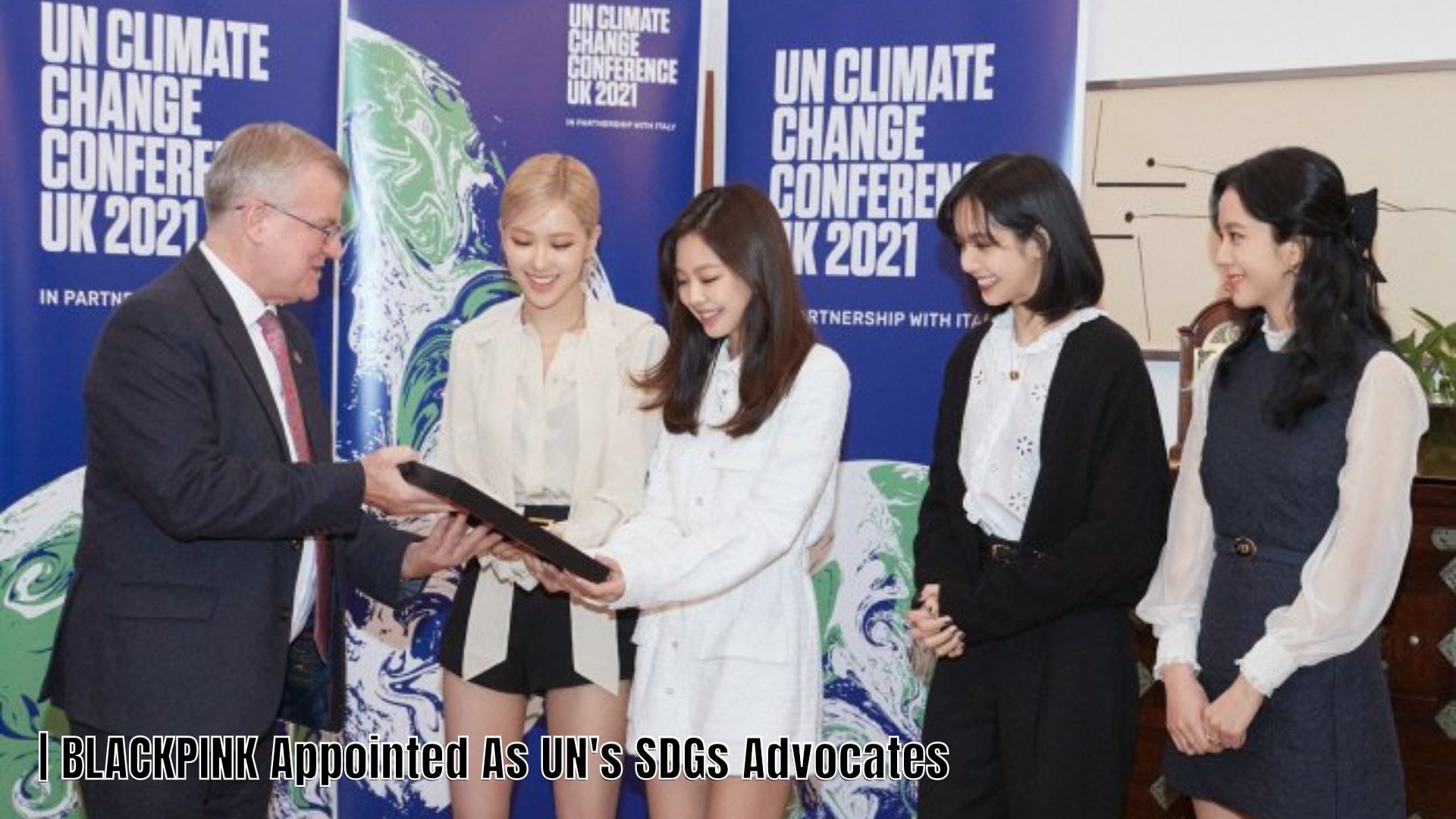 The United Nations has appointed BLACKPINK as their new Sustainable Development Goals Advocates. This news has brought a joyous and proud moment to Blinks. With each passing year, public opinion about music bands and groups has been changed. Nowadays, an artist is praised for their contribution to the upliftment and a better future for society, then whether it for their home country or foreign land. Numerous music artists are bringing the genuine side of people with their music and contribution to various initiatives, such as BTS being appointed as the Special Presidential Envoy for Future Generations and Culture.

From the debut to the present, BLACKPINK’s journey has never been an easy ride. Gradually, they have come so far. Each member of BLACKPINK is on the way to make their own identity while keeping the group together, whether it be their sole single or individual project. The recent news of BLACKPINK being appointed as UN’s Sustainable Development Goals Advocates has brought another remarkable moment to their hard-earned journey. This time the girls will be creating awareness about the 17 different goals for a better and sustainable tomorrow. Many fans are celebrating their joyous moment together that will bring position changes to the world.

Finally, the historical moment has come, where for the first time an Asian artist has been appointed as SDGs Ambassador. On 17 September 2021, the United Nations announced BLACKPINK as their new Sustainable Development Goals Advocates, who will be supporting Climate Action initiatives. A proud moment for all Blinks around the world! It was announced to the public by the official SDGs Advocates Twitter handle. Take a look at this proud tweet that will warm your heart, knowing BLACKPINK has taken a step further to bring positive changes to the world!

Fans learned about this special news from the tweet that warmly welcomed BLACKPINK to the UN Family. In the tweet by UN News, they announced that BLACKPINK has engaged with COP26 to encourage young people to take Climate Action actions to protect the planet. Furthermore, it stated they were appointed by Secretary-General Antonio Guterres as new Sustainable Development Goals (SDG) Advocates. COP26 is the 26th United Nations Climate Change Conference, which is scheduled to be held in the city of Glasgow between 1 November 2021 to 12 November 2021. Fans are retweeting the tweets and congratulating them for accomplishing such an honorable title.

Welcome #BLACKPINK to the UN family!

They have engaged with @COP26 to encourage young people to take #ClimateAction to protect the planet and were appointed today by Secretary General @antonioguterres as our new Sustainable Development Goals #SDG advocates.@ygofficialblink pic.twitter.com/HTXhX7wWSs

One of the memorable days for YG Entertainment and Blinks has come! The South Korean girl group’s agency, YG Entertainment, announced that BLACKPINK became the first Asian artist ever to be appointed as UN’s Sustainable Development Goals Advocates. The news has brought joy and pride to not only the agency but also to BLACKPINK’s fans. Indeed, this day will be recorded in history with golden words.

What Will Be BLACKPINK’s Role As SDGs Advocates?

Many Blinks may be confused about what would be BLACKPINK’s role as SDGs Advocates. Initially, BLACKPINK was appointed as an Ambassador for only Climate Action initiatives. However, now they have expanded their Advocacy. This time they will cover 17 different goals for the betterment and sustainable future for all by 2030. Take a look at the 17 SDGs that the famous kpop girl group BLACKPINK will be supporting-
1. No Poverty
2. Zero Hunger
3. Good Health and Well-Being
4. Quality Education
5. Gender Equality
6. Clean Water and Sanitation
7. Affordable and Clean Energy
8. Decent Work and Economic Growth
9. Industry, Innovation, and Infrastructure
10. Reduced Inequalities
11. Sustainable Cities and Communities
12. Responsible Consumption and Production
13. Climate Action
14. Life Below Water
15. Life on Land
16. Peace, Justice and Strong Institution
17. Partnership for the Goals

From the above list, you must get the idea that BLACKPINK is going to be the Supergirls of this era but without a cape. BLACKPINK will work hand in hand with their fans and bring a better side of society by creating awareness among fans and the public about these seventeen sustainable goals.

What More Is Coming Their Way?

Many fans must have heard the recent news of BLACKPINK’s new collab. There are no official statements announced. However, fans are excited to know about the new collab. BLACKPINK and ‘Taki Taki’ Ozuna collab news have become the talk of the town for days. In the recent interview at his single La Funka, Ozuna talks about his upcoming single that will feature Megan Thee Stallion and BLACKPINK. Since then, many fans looking forward to BLACKPINK’s new collab with Ozuna! Keep eyes on the news to know the latest updates.