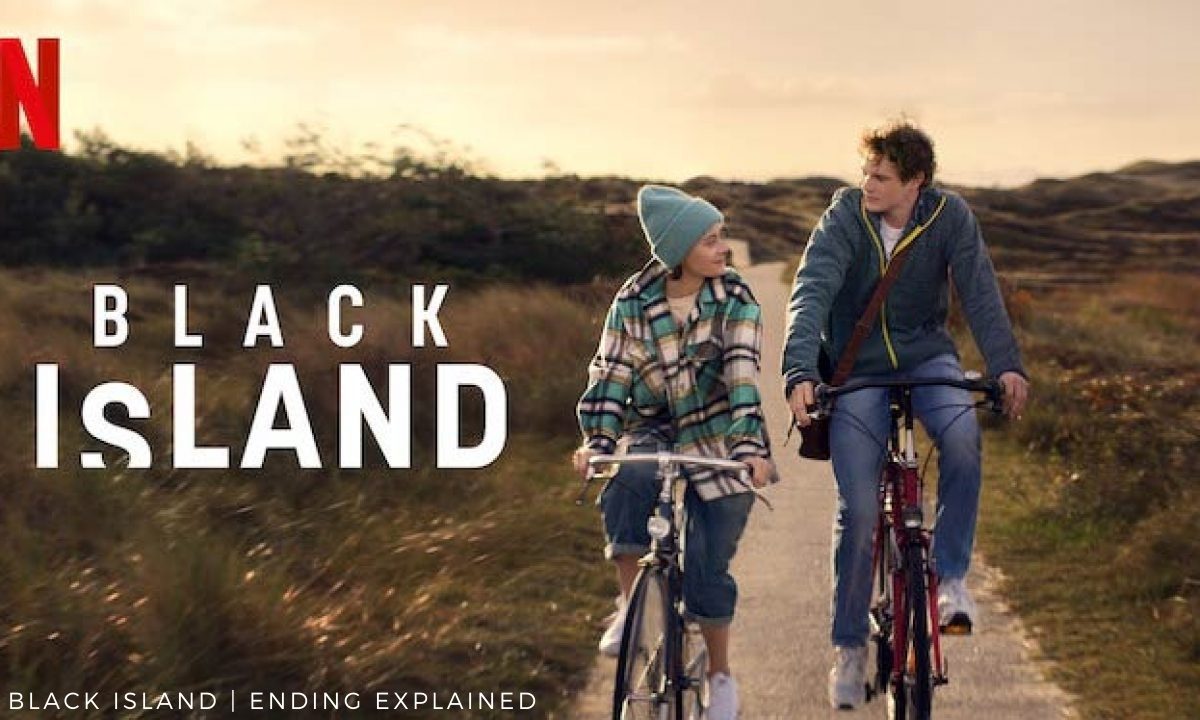 It is no lie that the international content on Netflix is amazing. Especially the international thriller section is filled with dark and open endings. That leaves the viewers to wonder what actually happened in the end. To add to the list of the genre is the film “Black Island”. Schwarze Insel or Black Island is a thriller and dark film from Germany. Directed by Miguel Alexandre, the movie focuses on a fictional island that is filled with secrets. The ending of Black Island has people hooked to screens as they see a stranger coming back for revenge.

The narrative of a stranger arriving at a close community and things begin to go wrong. Things like accidents and murders that barely ever happened are now a piece of daily news. The movie has Alice Dwyer is one of the lead roles, playing the character of Helena Jung. Philip Froissant plays the role of Jonas Hansen. Mercedes Müller plays the role of Nina Cohrs. While one of the biggest names from the German film industry who has also made it to Steven Spielberg’s film Munich, Hanns Zischler also joined the lead cast as Friedrich Hansen. 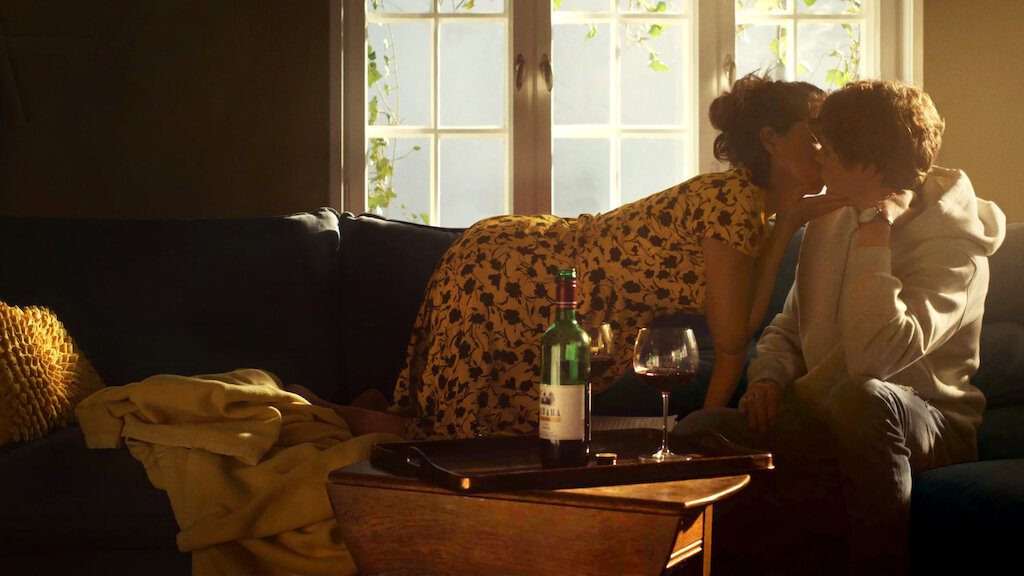 A still from the movie.

Following the genre of thriller, Black Island has a lot of mysteries. The silent island sees a bloody accident as the movie begins. A dog attacks Jonas Hansen’s grandmother, and she dies on the spot. As the family was recovering from the loss, his parents also get into a car accident, losing their lives on the spot. Now Jonas is left with his grandfather Friedrich. Returning back to school, he meets Helena Jung. She is the new teacher. As the classes pass by, he gets infatuated by Helena. She reciprocates the feelings. And an intimate relationship between a teacher and a student starts. But something seems off as the mystery teacher and island outsider is not really an outsider. Being Friedrich’s half-daughter, she is very much related to Jonas himself.

Helena tries to give Friedrich a chance to survive. As he is in the hospital, half-paralyzed, he was unable to do anything. She reveals her identity, hoping that he will accept her daughter, but he doesn’t. He refuses to take accountability for his actions. Angering Helena, she decides to go with her plan. Taking him home, she drugs Jonas in front of him, telling him the horrendous crimes his grandfather did. As she goes to kill him, he regains his balance, attacks her with broken glass, and runs away. With a map in his hand where the island he lives on is painted black. 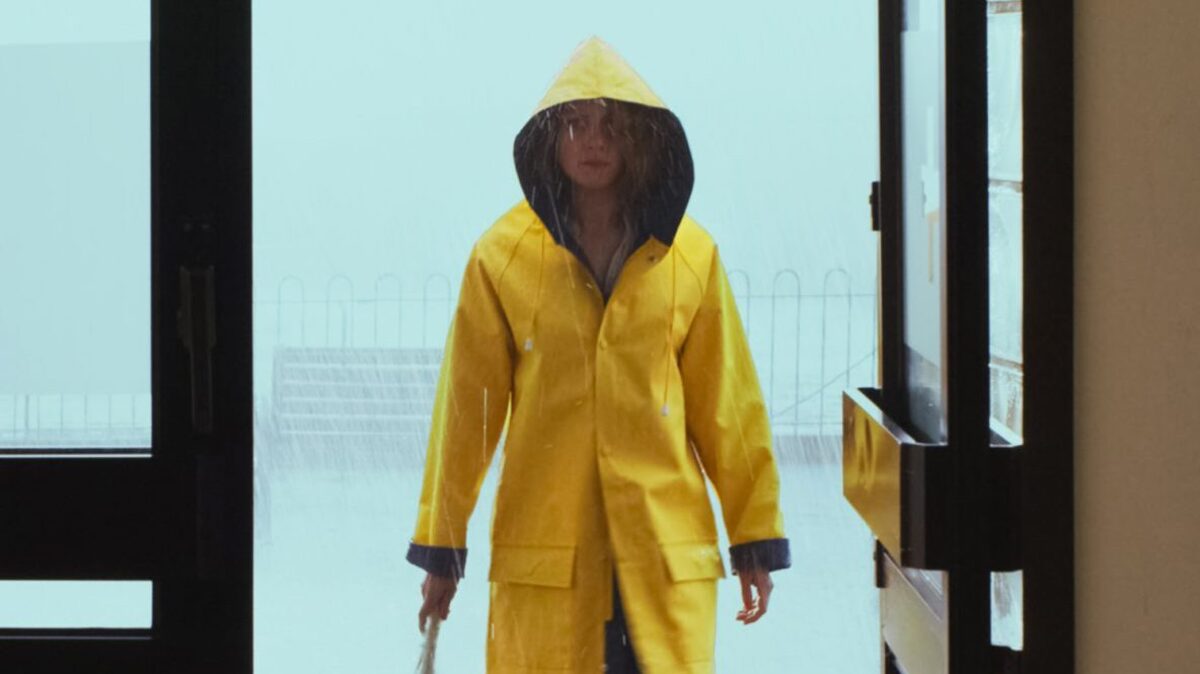 A still from the movie.

But Why Did Helena Wanted To Kill?

Before getting killed by Helena, Nina tries to look more into Helena’s history. She finds out that Helena is actually the daughter of a woman named Maria Roth. Maria was a staff member of the school at the time Friedrich was serving as the principal of the school. Things got intimate between them, and an affair began. But the thing was Maria was way too much invested in the relationship, unlike Friedrich, who was in it just for fun or to distract himself, we can say. So when Maria got pregnant, Friedrich didn’t really care about her or his child and kicked her out. Heartbroke Maria gave birth to the baby girl and named her Helena.

As Helena was growing up, going through the painful memories, Maria killed herself. As Helena understood what happened with her mother and because of whom it happened. She decided to take revenge on the man the same way her mother had to suffer. She swore and promised herself that she would kill everyone Friedrich loved. And she will wipe out his family’s name from the face of the earth. Starting on her plan, she kills Friedrich’s wife. She also rammed her car into the car coming towards her. By driving on the wrong side of the road, she kills Friedrich’s son and daughter-in-law. She wasn’t able to fulfill her mission as Jonas runs away, killing her.

At the ending of Black Island, Helena won’t have to suffer anymore as she is dead. As for Jonas, he is off to starting his new life on a new island, leaving a mysterious girl in a familiar yellow raincoat behind on the shore.