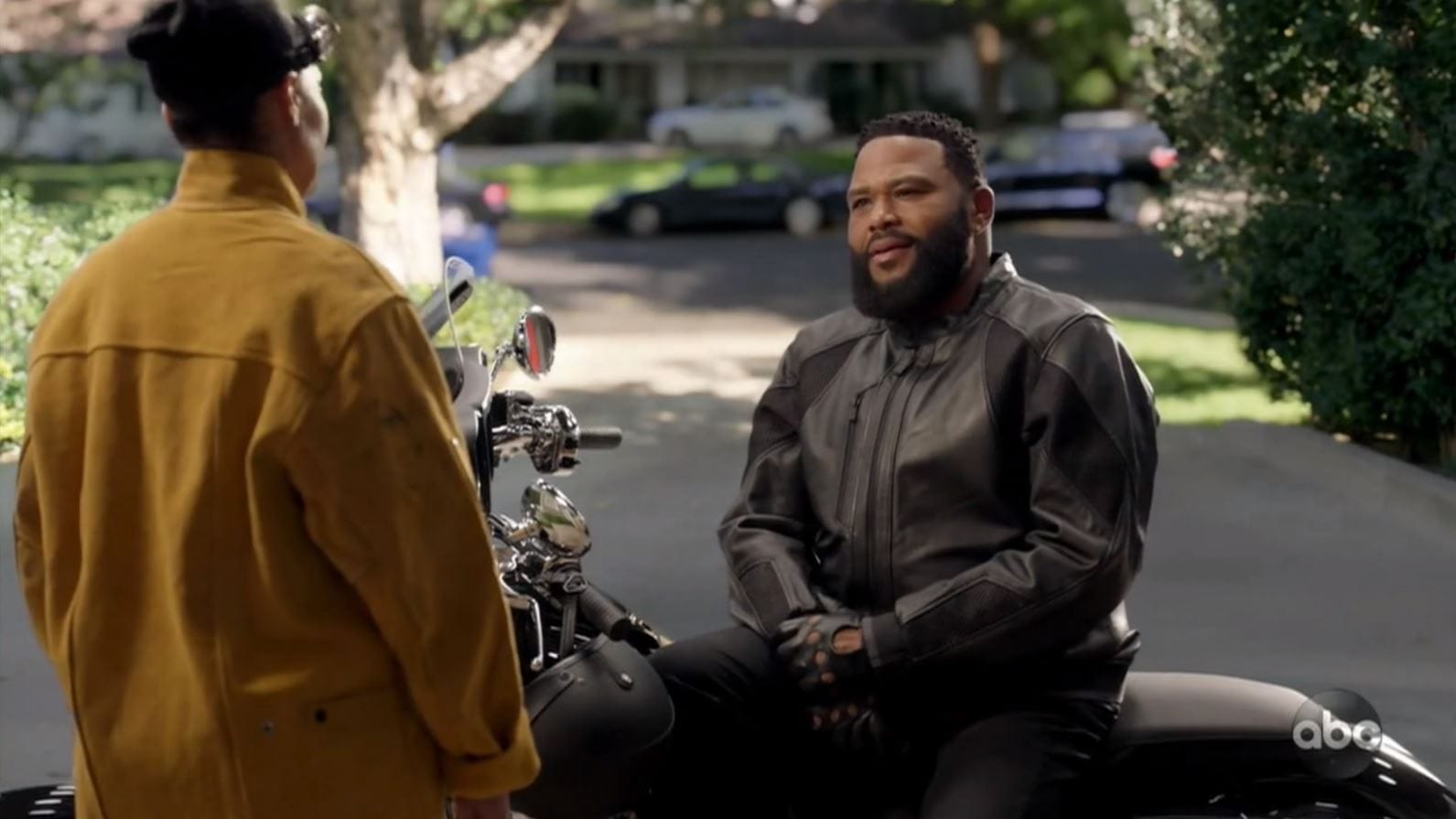 Dre on a bike - credit ABC

Black-ish is a TV comedy sitcom series created by Kenya Barris. Premiering back in 2014, the show follows the lives of an upper-middle-class Black family, The Johnsons. Led by Andre ‘Dre’ Johnson and Rainbow Johnson, the show revolves around their lives as they juggle several personal and sociopolitical issues. The show is quite an accomplished one, with nominations in both Emmy and the Golden Globes for Outstanding Comedy Series. While it has also received the TCA Award for Outstanding Achievement in Comedy. Black-ish even has two spin-off series called Grown-ish and Mixed-ish. The seventh season for the series began with an hour-long election-themed special episode. These are even considered to be the first two episodes of the season. Now that we are headed to the next episode, in this article, we will discuss Black-ish Season 7 Episode 20 preview and recap.

Andre and Rainbow Johnson’s relationship has been strong throughout the years due to their likes. One of them is to judge other people’s relationships while absorbing all the drama together. This is supplemented by their predictions on them as well. While the couple does enjoy watching TV dramas together, they have realized how the people in their own family had enough drama. This has the couple looking into their children’s relationships and flings. This involves Diane saving up her last cookie for a boy and Jack playing video games while the friend he has over is bored and willing to leave, The last among their children is Andre Johnson Junior who has been engaged to Olivia. While their relationship was seemingly boring, there is a twist as Junior finds out that Olivia might not want kids in the future. This takes Junior by shock as he identifies a deal-breaker. 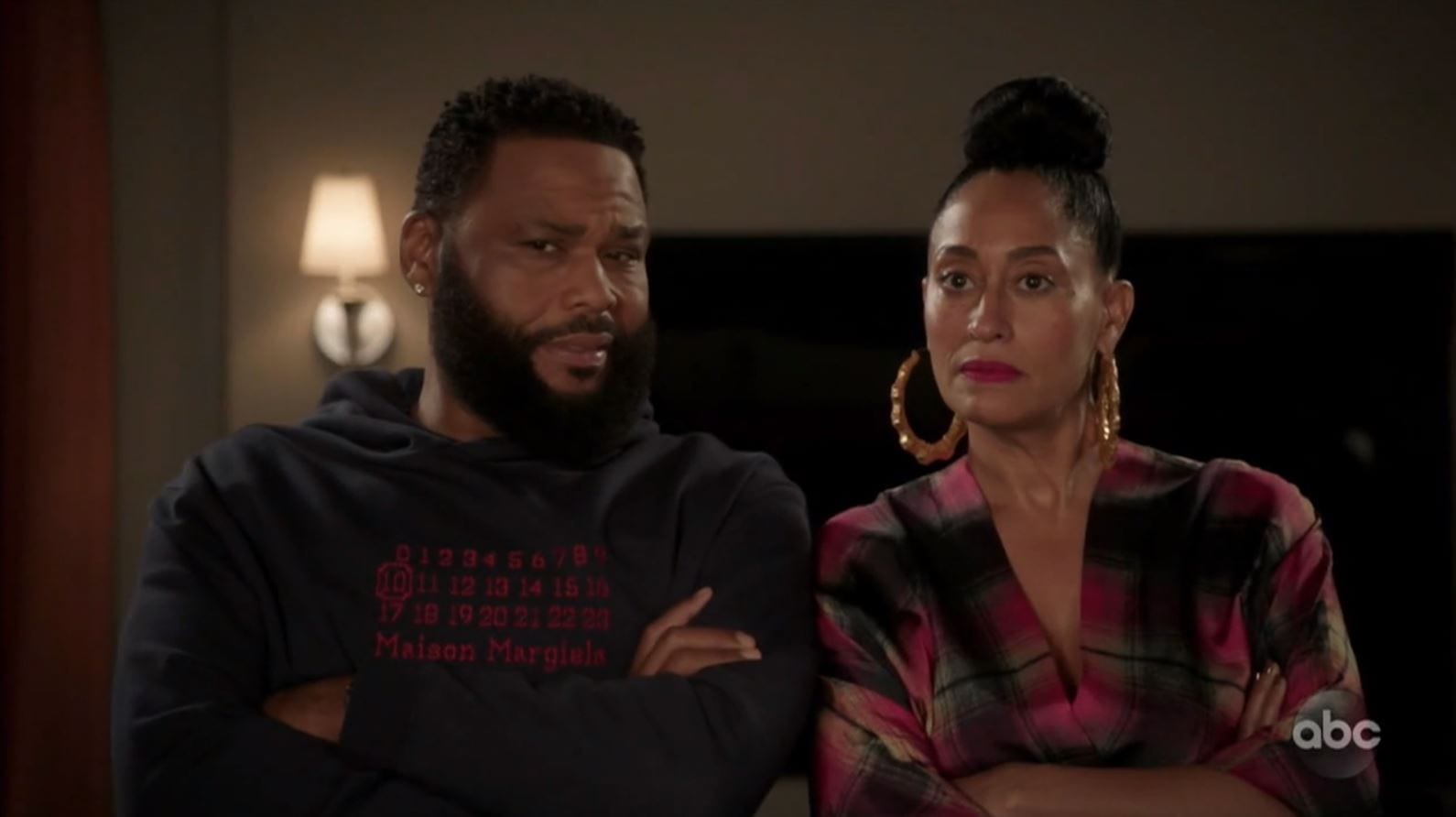 Black-ish Season 7 Episode 19, titled “Missions & Ambitions” deals with the deal-breakers one has in life. As Junior comes for advice to his parents, they tell him how each relationship have their deal-breakers and how one must learn to compromise. As they list out their deal-breakers for one another to their son, Dre realizes that Bow hadn’t been faithful to her part of the deal. For Dre, the deal-breaker was if Bow dated any one of his friends when they were not together. But apparently, Bow did go on one bad date with Dre’s old friend Remy. This has Dre feel disheartened by all the missions and ambitions he gave up for them. Thus it leads to an episode full of competition filled with the couple committing various deal-breakers in their relationship. Meanwhile, Junior starts getting worried that Olivia might have a few more deal-breakers.

Dre goes to his office friends to take their opinions as he barges in, declaring that Bow has betrayed him. His friends immediately think that he was cheated on, but for Dre’s sake that was far from reality. Dre is advised to play her own game on Bow to make her realize the depth of what he was feeling. While his friends were heading back to work, Dre wants to give an idea to his boss, Leslie Stevens regarding an advertisement inspired by a meme. However, Leslie wants to run the advertisement his way and does not even take Dre’s input on the same. 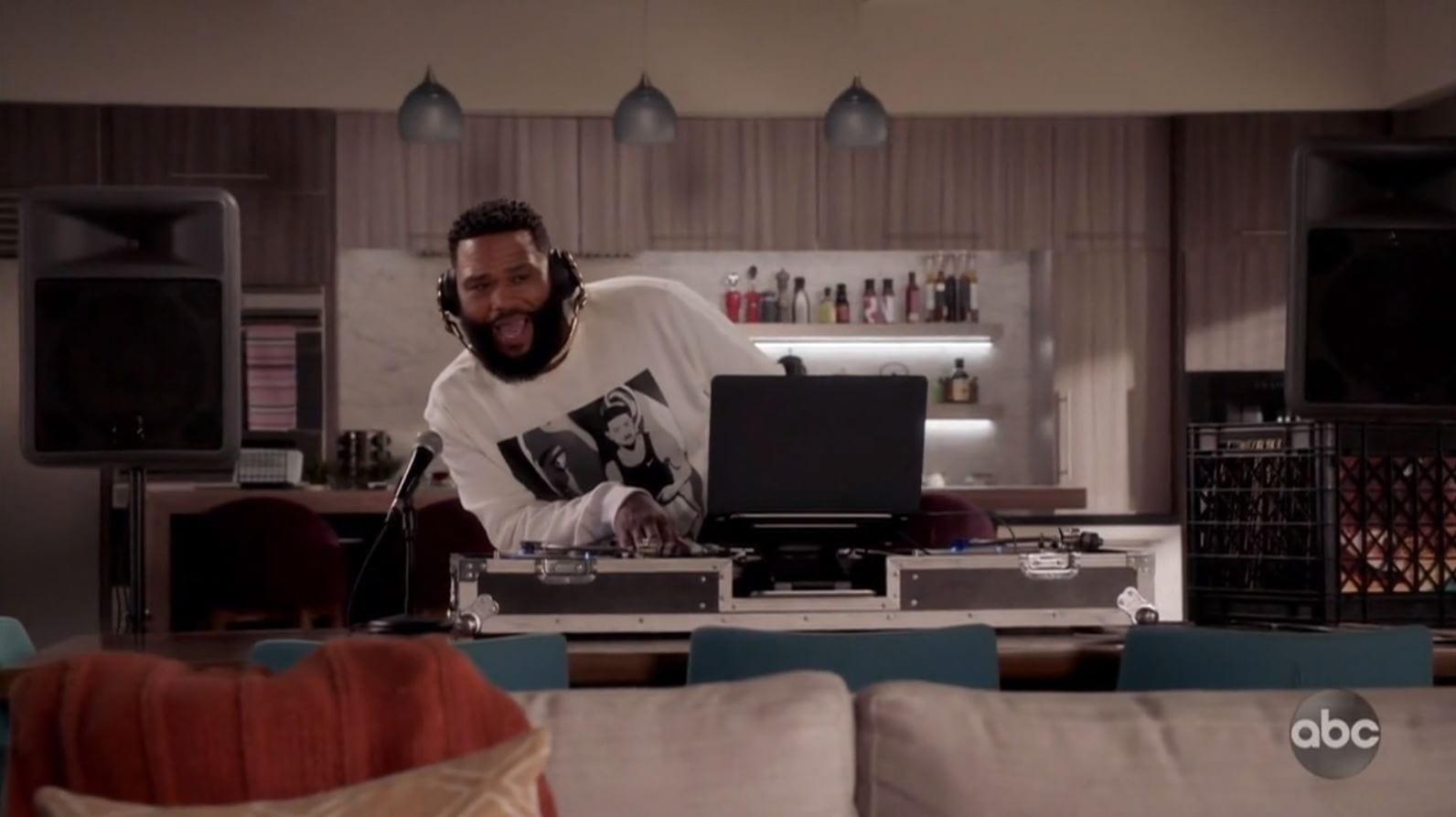 Dre being a DJ

While Dre and Bow are about to sleep, Dre comes in with his diamond etched teeth. He says that he remembered and thus dug out his old Goals book. The book titled Dre’s Missions and Ambitions was filled with a list of all the goals Dre had in his life, most of them being unaccomplished due to the sacrifices he made for Bow. He wanted to learn to talk to girls (his wife never allows him to), become a DJ in Las Vegas, and ride a motorbike. Bow rains on his parade, saying how this was not her fault but God who did not give him any musical talent or strong legs to handle a bike. Further, the episode goes, the couple conducts various deal-breakers.

Bow chooses to play with her Tarot cards that Dre is very obviously scared of. While she also does her artwork in the garage by moving Dre’s car away. Meanwhile, Dre is up in his DJ dream as he blasts music in the Family room while also buying an all-new motorbike. But as we reach the end of the episode, Dre, who was scared of Rainbow’s Tarot cards burns them on his grill. Bow realizes that something deeper is wrong with Dre who reveals how he wanted to open his own Ad Agency. Later as the couple are alone, they reconcile as Bow encourages Dre to follow his dream of opening an Ad Agency. At the end of the episode we see, Dre talking to a client. 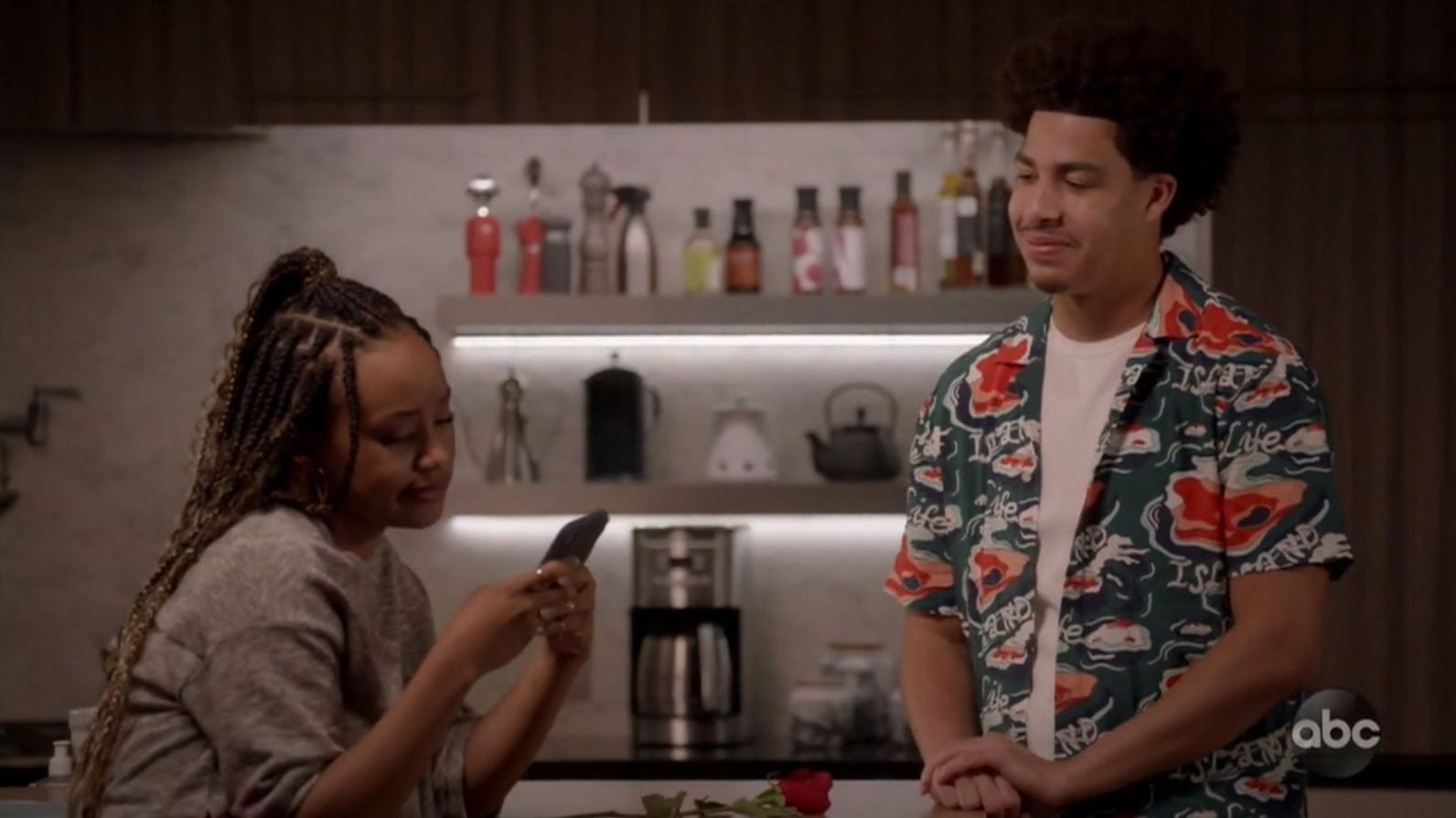 Junio le had just learned of deal-breakers and started to worry that Olivia might have some more too. So, while the young couple was having a spa day with their face packs, Junior decides to ask a few questions to Olivia. Here he realizes that Olivia had a few minor deal-breakers more. Such as how she was a small dog person while also having no favorite Harry Potter film, thinking all just mix in together. Here Olivia gets suspicious and asks Junior what was going on. And he tells her how the no kids thing was a deal-breaker for him. Here Olivia reveals that she herself has a few deal-breakers that she lives with but chooses not to reveal them to Junior.

He starts getting worried, thinking what they could be when Diane and Jack come to his help. Diane reveals a possible list of deal-breakers on Junior, and the trio started working on them. Later Olivia is taken to meet the rejuvenated Junior, who looks a lot like Drake. Even so, it was too much for Olivia. Later as the couple sits down together after Dre and Bow’s little quarrel, they try to communicate more. This starts with both of them giving out each other’s deal-breakers. Junior tells how even though the no kid thing was not for him, a future with Olivia was good enough for him to make a few compromises. 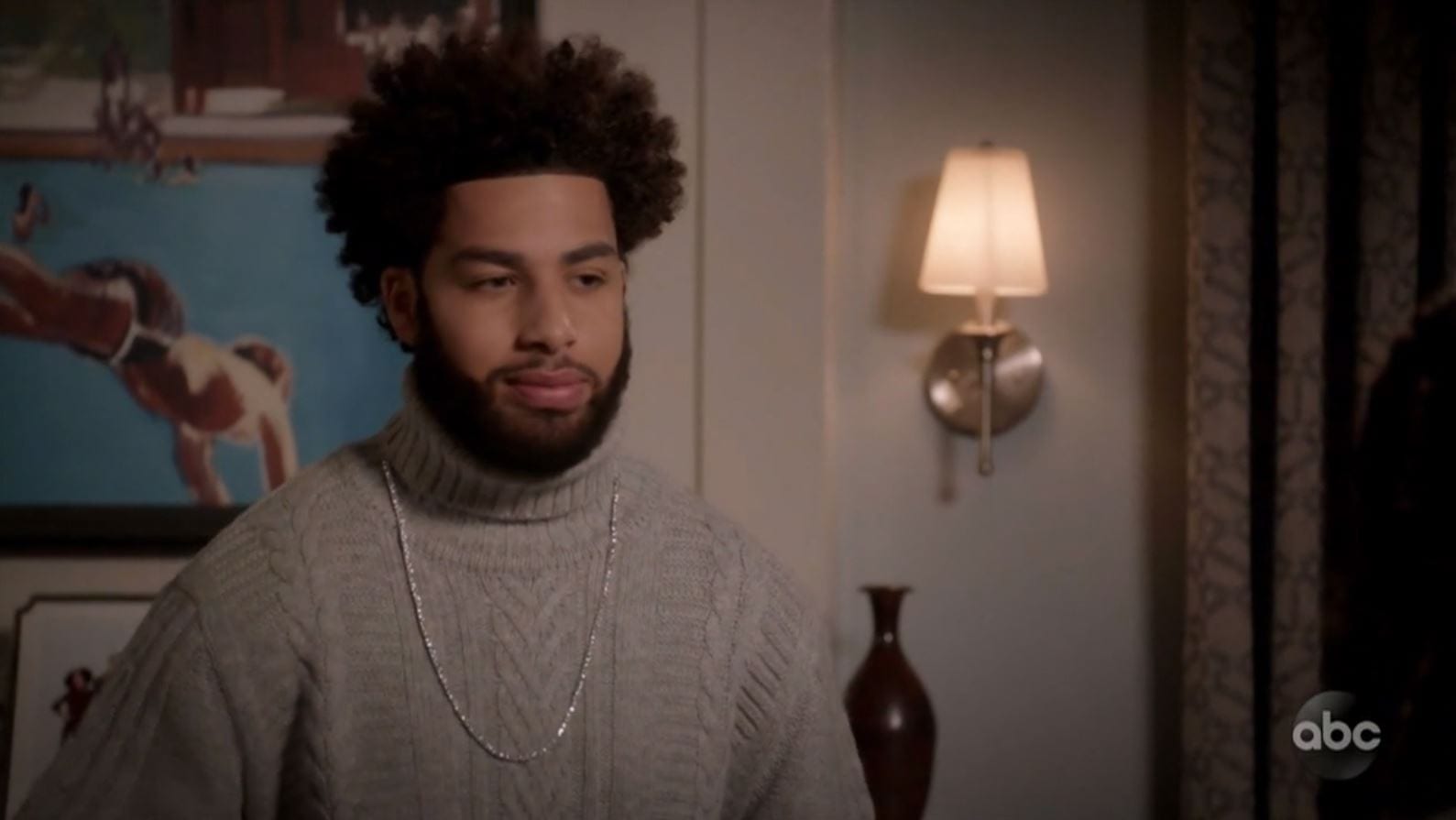 When Will Black-ish Season 7 Episode 20 Release?

Black-ish Season 7 Episode 20 titled “Snitches Get Boundaries” is set to be released on 11th May 2021. The episodes by Black-ish are scheduled to be aired at 9:00 pm ET / 8:00 pm CT. The ABC show follows an episode release pattern of one episode every Tuesday. One must convert the above time to their local time zone so that they can tune in to watch the episode just when it airs. We even have the release dates and episode title for the next episode. Black-ish Season 7 Episode 21 titled “Urban Legend” will be releasing on 18th May 2021. After this episode, there will be two more episodes before the season ends, Black-ish was on a week hiatus as it aired no episode last week. This could just be due to their scheduling conflicts with relation to the season finale.

Black-ish Season 7 Episode 20, titled “Snitches Get Boundaries” has some new realizations. Earl Johnson and Ruby Johnson had been apart for a long time. And now that they were re-married in the last season, things seem to have changed. Andre had a few secrets with his Pops Earl Johnson. But one of them gets spilled to his mom, Ruby Johnson. So, Andre realizes that his relationship with each of his parents has changed ever since their re-marriage. As the twins have grown up, Rainbow decides to surprise them with a brand new car. She has decided to teach Jack and Diane to drive. But while she is there to guide them by wearing a driving instructor T-shirt as well, it seems like Diane already knows to do so. It just could be her trait of being clever, but there is much more to find out in the next episode. 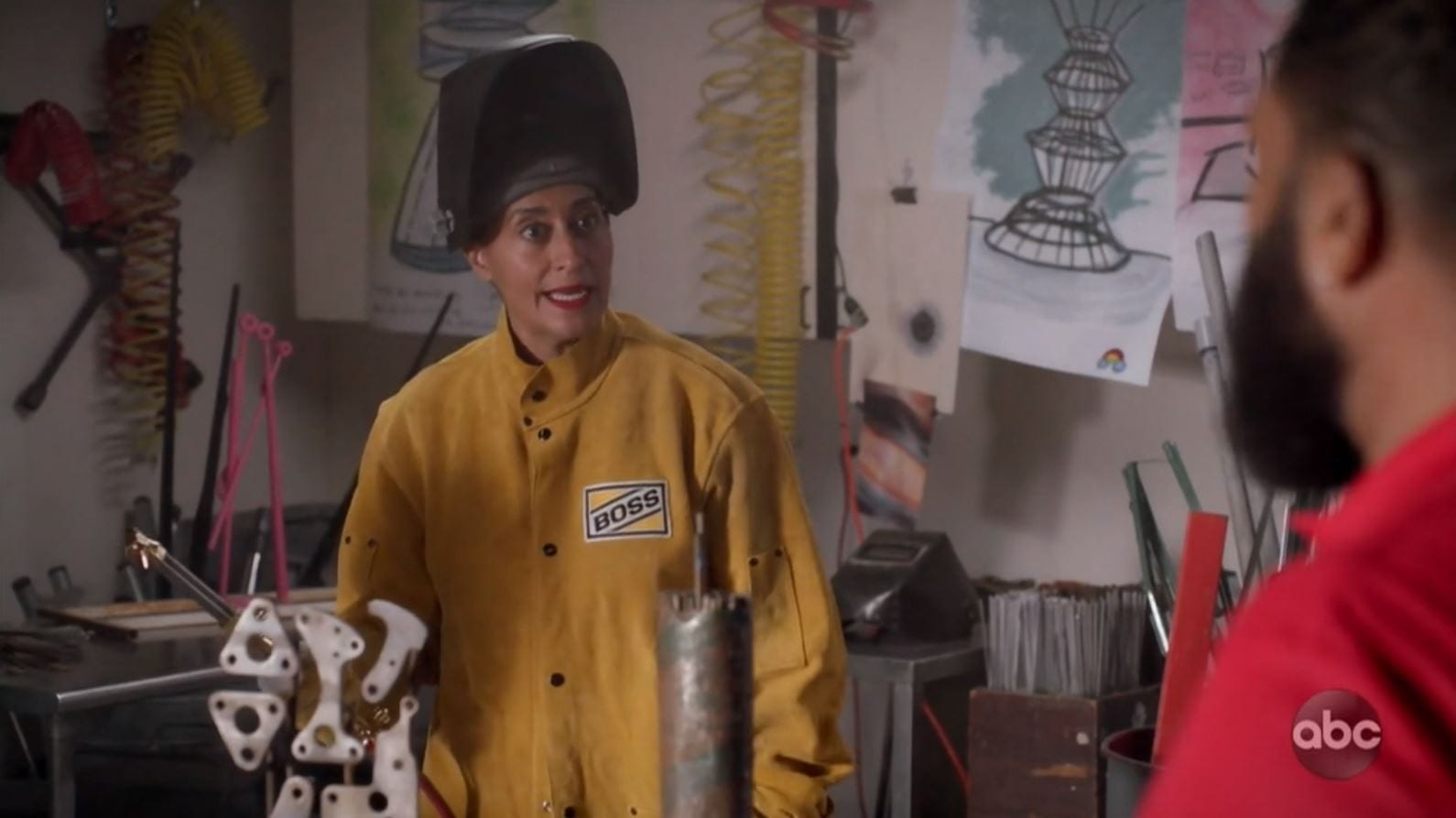 You can watch all the episodes by Black-ish when they air on the set time on ABC. If you do miss it, you can catch up with them later by streaming the episodes on ABC’s website. Black-ish is even available to stream on Hulu, Apple TV, YouTube TV, and City TV. You can even catch up with the previous seasons of Black-ish on Amazon Prime Video, and Disney+. If one doesn’t wish to subscribe to any of the above platforms, other options to view the episodes by black-ish are to purchase them on Amazon Prime Video, iTunes, Vudu, Google Play, and Microsoft Store. The episodes can even be live-streamed on platforms like DirecTV, TVNZ OnDemand, and FuboTV. Black-ish follows a TV sitcom format of a 30-minutes long episode along with commercials. ABC can even be used to watch Black-ish’s spin-off series like Grown-ish, and Mixed-ish as well.