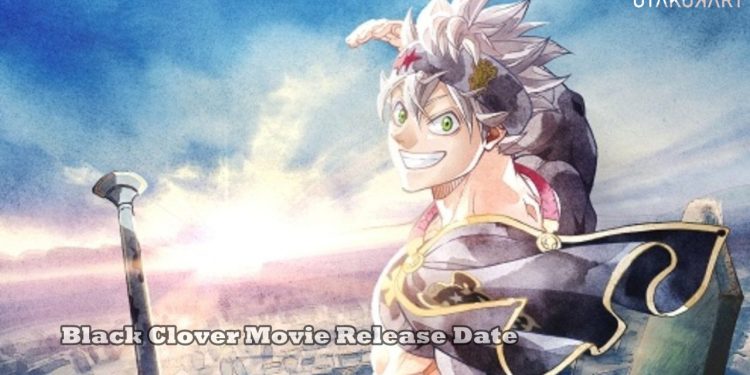 The final episodes of Black Clover anime showed us Spade Kingdom’s invasion over the Heart Kingdom, the Black Bull’s base, and the Golden Dawn’s base all at once. Despite Asta, Yuno, and Noelle’s relentless efforts, the Dark Triad managed to kidnap Loropechika, Yami, and Vangeance. Their ultimate goal is to recreate the Tree of Qliphoth, a channel that connects to the underworld. However, they will require Vangeance’s Golden Tree Magic and Captain Yami’s Dark Magic to open that portal with a forbidden ritual. So, they kept the two fan-favorite captains alive, totally ignoring the threat they may pose later. The series ended with a huge cliff-hanger, and the upcoming events will be covered in a movie. Now, when will the Black Clover movie release in Japan, the UK, the USA, Canada, and India.

Just before concluding, the anime revealed the vice-captain of the Black Bulls squad, Nacht, who had been missing since the first episode. To much surprise, he turns out to be a devil host too. He took Asta for the Devil-binding ritual, which eventually turned out to be a huge success. I can’t wait to see how strong Asta has gotten after this and how Nacht will train him to be the ultimate Devil’s magic-user.

What To Expect From the Black Clover Movie?

The Black Clover movie is expected the conclude the Spade Kingdom arc from Yuki Tabata’s original manga. The arc starts from chapter 168 and is still ongoing, so it’s hard to tell how long it will go. It will start with Clover Kingdom’s war preparations to take Yami and Vangeance from the Spade Kingdom. Meanwhile, Yuno and Asta will be polishing their Wind Magic and Anti-Magic, respectively, within the limited time they have. We are most-likely heading towards an epic ‘Avengers Assemble’ scene of the Black Clover franchise where the different Magic Knight squads and the Heart Kingdom’s Spirit Guardians will team up against the tyrants of Spade Kingdom.

The staff and cast details of the Black Clover movie haven’t been released yet. We will update the article as soon as we get any official confirmation. However, it would be safe to assume that the original cast members will be reprising their roles in the film. No additional cast for any new character has been released either.

In the recent Jump Festa 2022, the Black Clover franchise revealed the first key visual for the film. It previews Yuno’s new character design, thereby hinting that Yuno will be playing a crucial role in the movie. Not only that, the franchise released the trailer for Black Clover’s upcoming mobile game. The game is set to release in 2022, but an exact date was not confirmed.

The Black Clover movie is expected to hit Japanese theatres in Summer 2022. The exact release date of the movie has not been released yet. We will update the article as soon as an exact release date is officially confirmed. If we take the recent examples into consideration, the Demon Slayer Mugen Train and My Hero Academia’s World Heroes Mission premiered 9 and 12 months after their announcements, respectively. The Black Clover movie was announced in March 2021, so the film is expected to premiere somewhere between February and April.

Once again, there isn’t any confirmation about the global release date of the Black Clover film. It’s evident that the film will hit the Japanese theatres first and will gradually make its way to the international cinemas and streaming platforms. The Demon Slayer Mugen Train movie that premiered on 16 October 2020 took 6 months to come to the USA and four more months for its Indian premiere. We can expect a similar release trend for this film, and if everything goes right, the film should be internationally available by Winter 2022. We must not forget that Demon Slayer Mugen Train was released during the COVID 19 pandemic situation. Now that life is gradually going back to normal, we can expect things to be a lot smoother this time.