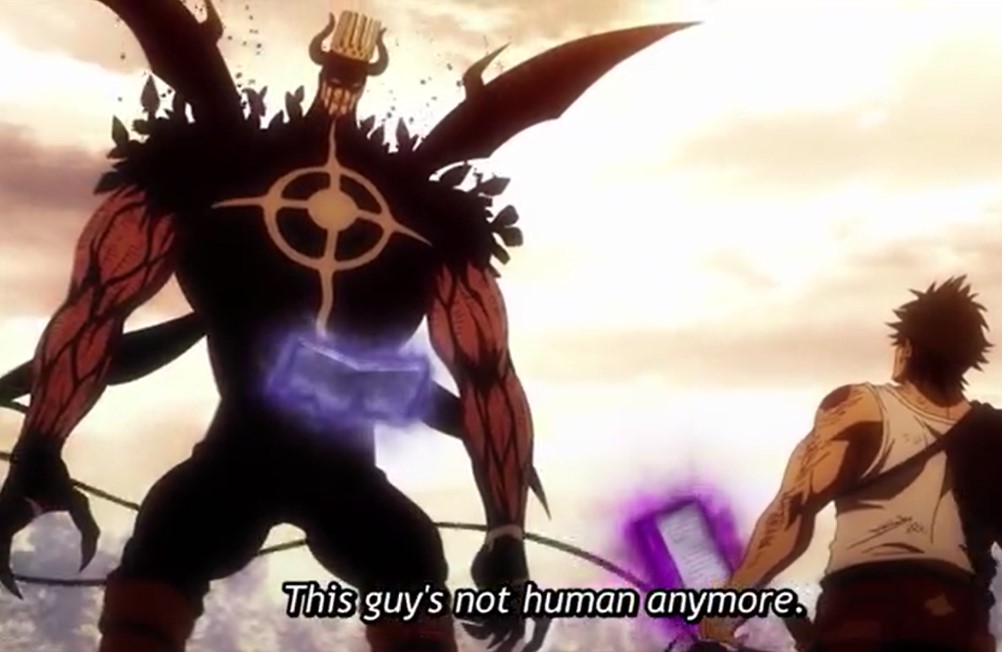 In the recent development of Black Clover, the Dark Triad has invaded Heark Kingdon and the Clover Kingdom. Yami is battling Dantewhile Lolophechika, Noelle, and Mimosa clash with Vanica. They have to defeat Vanica stop the members of Dark Triad from reviving. Nero has managed to seal Vanica using a Mana Method.

Lolopechika thought that they got Vanica, but she laughs at them when she is inside the Eternal Parison Seal. The devil Megicula took over Vanica’s body and told them that they are weaker. Megicula destroys the seal, and Udine realizes that it is the devil after feeling the intense mana. Le’s take a look at the schedule below, then move to the updates.

Black Clover Episode 167 will hit on Tuesday, 9 March 2021, at 6:25 JST officially on AnimeLab, Netflix, and Crunchyroll. New updates will be added after Black Clover releases its latest episode. Let’s find more about the devil below.

Megigula’s power blow everyone away, and they are back to their normal form. Her powers created a blood tower. Lolopechika ask how shesurvide Nero’s seal. Megicula replies that she used Cursed-Warding Magic: Decay World. Cursed-Warding Magic weakens the spell array that affects him. Megicula reveals that it was already activated at 70%.

She also said that it even managed to weaken the sealing magic used by an arcane-stage mage. The other part of Megicula is Vanica, who told Megicula not to get in her way. Vanica also told Megicula that she is trying to have fun. Megicula reveals that this is the first time she has ever cursed a Water Spirit. She comments that it was also an excellent experiment. Udine is lying unconscious on top of the blood tower. 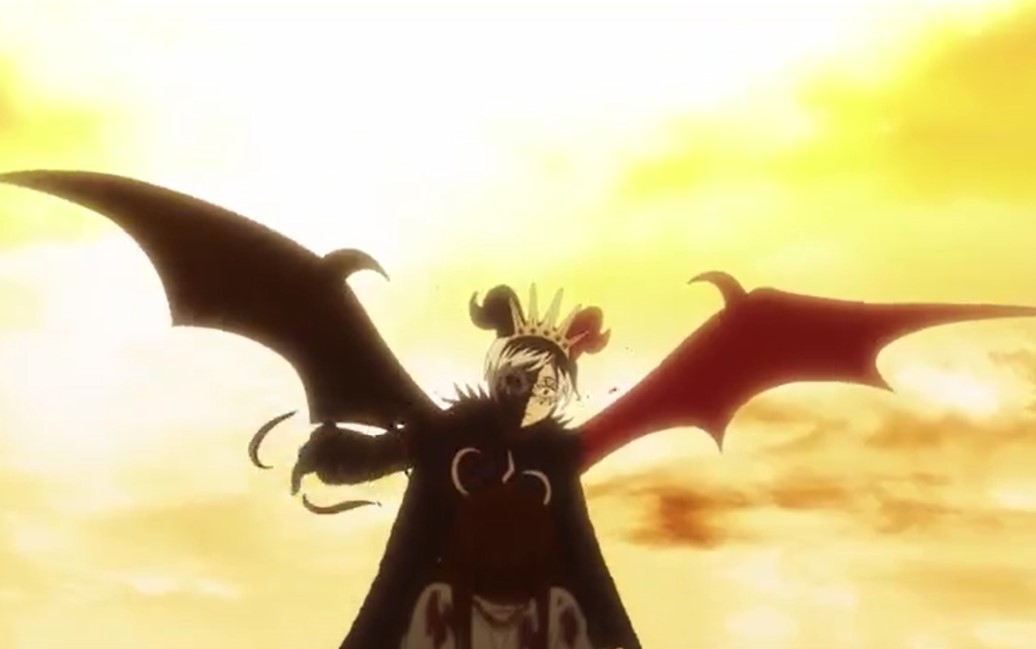 Megicula said this is what happens when she cursed a Water Spirt and she looks at Udine. Lolopechika had a flashback about how Udine raise her until she reaches this age. She realizes that Udine was always by her side and trains her to use Water Spirit daily. Lolopechika started to scream in pain, and Megicula said her curse must have activated because she has moved towards her.

Robero stopped Mimosa using his tongue and told her to stop getting in Vanica’s way. He told her that she has to stay with him and let him lick her. Megicula looks at Noelle and notices that she has become weak. She told Noelle that she is not interested in fighting the weaklings like her. Noelle said she doesn’t care about that.

She started to attack Vanica and pierce an ice spear through her chest. Vanica laughs at her that her attacks won’t work, and it was her last blow. Noelle told Vanica that she could let Lolopechika die. She unleashes a Point-Blank Sea Dragon’s Roar and Mecgicula attacks with Red Beast. The Red Beast destroys the Sea Dragon, and Noelle loses her Valkyrie Armor: Mermaid Form. She falls after losing her powers, and Megicula mocks her. 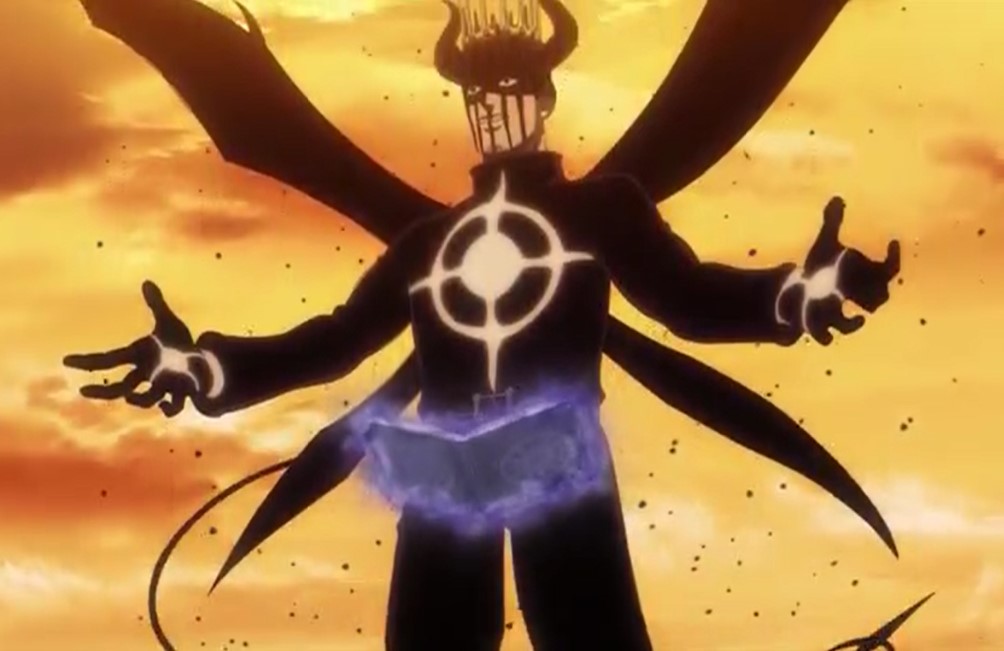 Megicula touches her lips a notice that she is bleeding ahs looks at Noelle and ask her name. Noelle told Megi that she is Noelle Silva, the royalty from the Clover Kingdom. Megi smiles at Noelle while at the Black Bull Base Captain Yami is exchanging swords slash with Dante. Asta is worried that he cannot help the Captain. Yami attacks with a slash that Dante blocks. But he teleports and cuts Dante for the second time.

Dante is impressed that Yami has managed to cut his body. Yami is annoyed that Dante keeps on regenerating after every single slash. Dante decided to show Yami the true powers of a human who hosts a devil. Yami told Dante that he would also show him the true powers of an ordinary human. Finral thinks he should try to support Yami. Dante looks at Finral, who stopped moving. Finral realizes that if he tries funny business, he will be killed instantly.

Dante unleashed the power of his devil and raised it to 80%. Yami comments that Dante has just become Mostly-Black-Line-Faced Man. Dante reveals that we devil-possessed share powers with the devils in the underworld. But they cannot turn to 100% devil, and he is not sure about Asta. Dante thinks Asta is the only human who can reach 100% in his devil form. He unleashes Gravity Magic: Gravity Singularity. 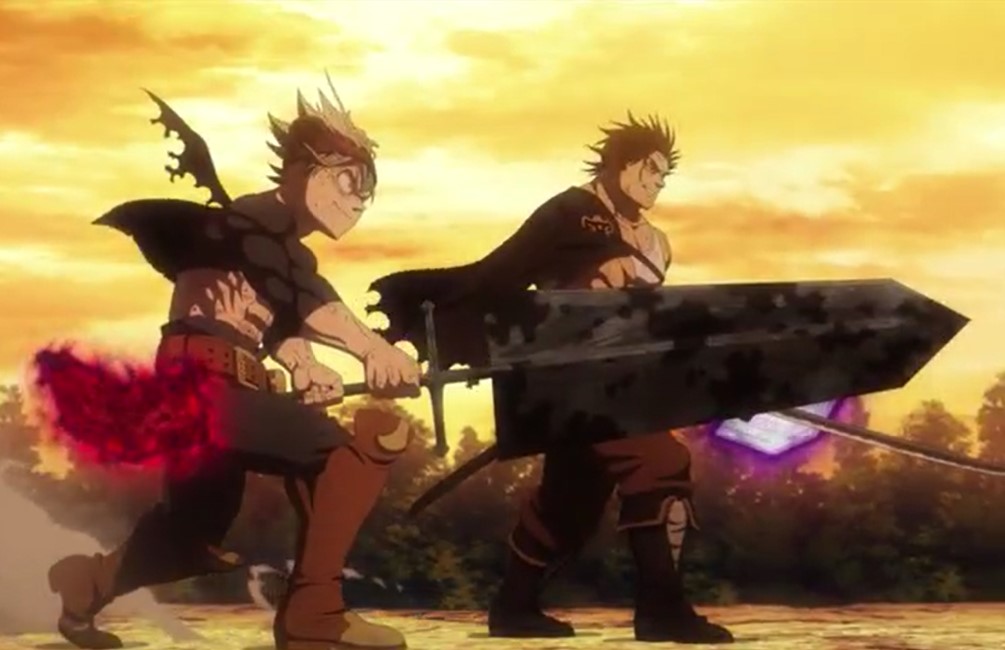 Yami doges that blow that destroyed the mountain and attack with Dimension Slash. Dante warps Yami’s Dimension Slash, and Yami realizes that gravity is now more powerful than before. Danteattcaks again, and Yami thinks if he hit Dante with Black Moon, the attacks might cancel each other. Dante smashes Yami with a huge rock that covers Yami. He comments that Yami was enjoyable.

Dante thought that his next target is to destroy Asta and the others, But Yami manages to cut that huge rock. Yami said right now he is going to surpass his limit. He attacks with Death Trust that cuts Dante into pieces. Dante regenerated and grew his muscle; Yami comments that this guy is not a human. Yami told Asta that he could not win this battle without him. Asta surpass his limit and gets up to help Yami.