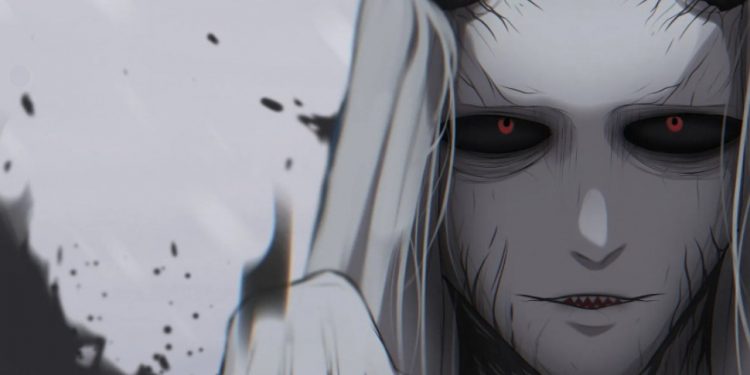 Black Clover Chapter 319 returns this coming week after getting delayed. Asta vs. Supreme Devil Lucifero continues. Asta feels the tremendous power of Lucifero and realizes that it will be a long day for him. Lucifero realizes that he has to eliminate Asta no matter what happens. He looks at Asta and knows that this brat has to pay for making him go through incomplete manifestation. Blac Clover’s latest chapter reveals the true strength of Lucifero as he battles Asta. Lucifero knows that Asta might give him problems in the future, but he can’t believe an Anti-magic brat dares to challenge him.

Asta realizes that Lucifero has pulverized him and wonders if he has a match against him. But he fears nothing since he has Liebe, Grimoire, and Demon Slayer blade. Lucifero’s overwhelming powers have pinned everyone to the ground except for the potent Magic Knights. He is angry that an Anti-magic brat didn’t bow before the King of Devils. He reminds Asta what the King of Devils will do to him since he dares to challenge. Lucifero levels Asta with his powers and realizes that it is a peace cake; it will be over before Asta knows it. The two exchange words before they brawl, and Asta believes that he will find a way to punish Lucifero.

He thought he had no match against Lucifero since no one supported him. But Liebe motivates Asta that they must smash Lucifero. Lucifero and Liebe know each other from the past when Liebe was staying in the underground world. Liebe knows that Lucifero abused him in the past since he was the weakest Supreme Devil living in the underworld. The other Magic Knights are unconscious on the ground, and Asta realizes that he has to settle the scores with Supreme Devil Lucifero.

Lucifero continues to show his overwhelming powers, and Liebe knows that Lucifero is that “devil.” He remembers the day he battles with Lucifero inside the underworld. Liebe thought that he had a match against Lucifero, but he paid for rebelling against the King of Devils. During the battle, Lucifero overwhelms Liebe and kills Lucita, who sacrificed life for Liebe. Liebe escapes the underworld and knows that he will avenge Lucita’s death one day. He gets furious looking at Lucifero, boosting that he is the King of Devils.

Liebe reminds Asta that they have to get rid of Lucifer no matter what it takes. He asks Lucifero if he remembers that day. Lucifero pretends to have forgotten Liebe and says he has no business with weaklings who possess no magic spell. Liebe realizes that it is his time to get revenge and motivates Asta to do the signature movie. After a flash of lighting, Asta and Libe turn into Devil Union Mode and realize that it will take them four minutes to beat Lucifero, or the Devil Union Mode will vanish. Asta promised Liebe that they would beat Lucifero in four minutes.

Asta wield the Demon Slayer blade and trie to cut Lucifero, who jumps back. But he blocked the third swing that made his finger bleed. Asta was surprised that Lucifero used his bare finger to block that Demon Slayer that can cut any Supreme Devil. He struggles to take back the Demon Slayer sword and wonders if Licifero’s finger has magnets. But Lucifero gets angry after realizing that an Anti-magic brat made him bleed. He punishes Asta and sends him flying after smashing him with a huge punch on his face.

Black CloverChapter 319 will be released on 16 January 2022. Asta falls far from Lucifero and realizes that it will be challenging to defeat Lucifero. He notices that a single punch of Lucifero can kill any potent human, and he can’t believe that his face was destroyed like that. Asta wonders if they will kill Lucifero in time. Jack the Reaper, Nozel, Fugeleona, Merioleona, and other Captains join the battle and remind Asta that he is not alone. Let’s look at Black Clover Chapter 319 official details.