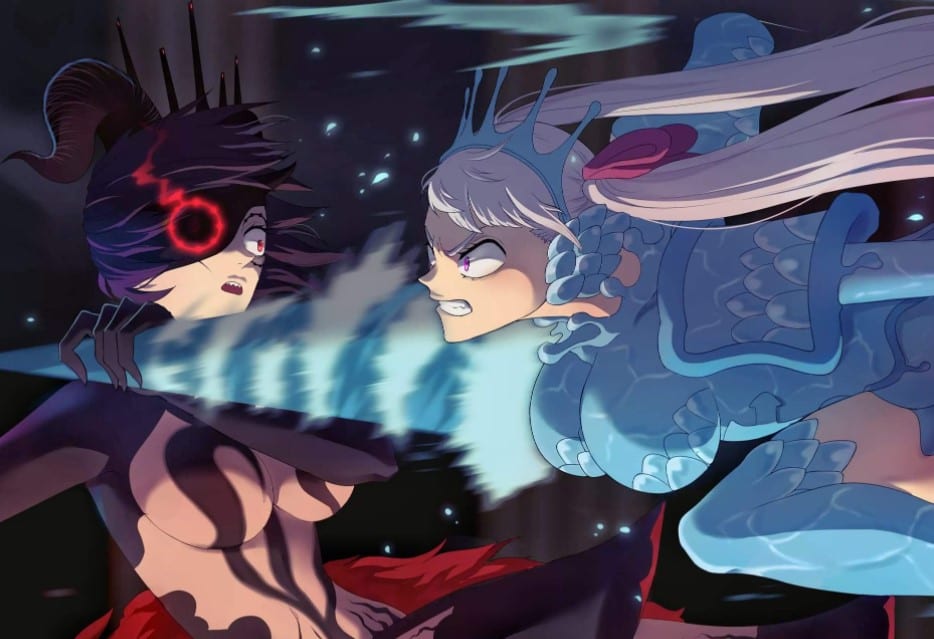 Black Clover Chapter 298 is highly anticipated as the Magic Knights and the Anti Magic Boy continue to pulverize the Demons in the Spade Kingdom. The Knights have taken the battle in their favor after taking down three main Supreme Devils. On the other side, it is Noelle vs. Vaniaca, aka Megicula. Noelle’s victory will restore Silva’s pride and honor since Megicula has defeated the Silva family in the past. She has entered a new form that reminds Vanica of the past when she battles with Acier Silva. Black Clover Manga’s latest chapter title is ”The Descent.”

The chapter begins with Vanica spitting a pool of blood after receiving a heavy blow from Noelle. The sword passes through Vanica’s stomach, who praises Noelle that she is doing a fantastic job. She begins to receive showers of strikes, but she screams while laughing that she enjoys the battle. Noelle manages to pin Vanica to the ground and points a sword at her face while telling her that she has lost this battle. Vanica smiles, complimenting Noelle for taking down one of the strongest Dark Triad.

Vanica surprises Noelle by saying that she has become her rival and it is a friendly rivalry. Vanica told Noelle that they are competing to get stronger, and they will find out soon who is better. Noelle replies that this is the end of Vanica, who recalls her past and realizes that she has worked hard to reach this point and gain the devil’s powers. Megicula emerges to take over and comments that Vanica is intriguing. Noelle stabbed Vanica’s chest and felt an immense power of magic, wondering what is happening. Black ash comes out of Vanica’s eye after Megicula communicates with her.

Earlier, Vanica remembers that day Silva Acier destroyed Curse Warding Magic using the powers of Valkyrie. When she battles with Acier’s daughter Noelle, she teases her that her mother would have done something better at this point, and it would have been an intense battle. Vanica had no match against Noelle’s mother on the brawl day, and Megicula took charge as Vanica escaped. Noelle realizes that she has to make Vanica pay for destroying her family in the past. 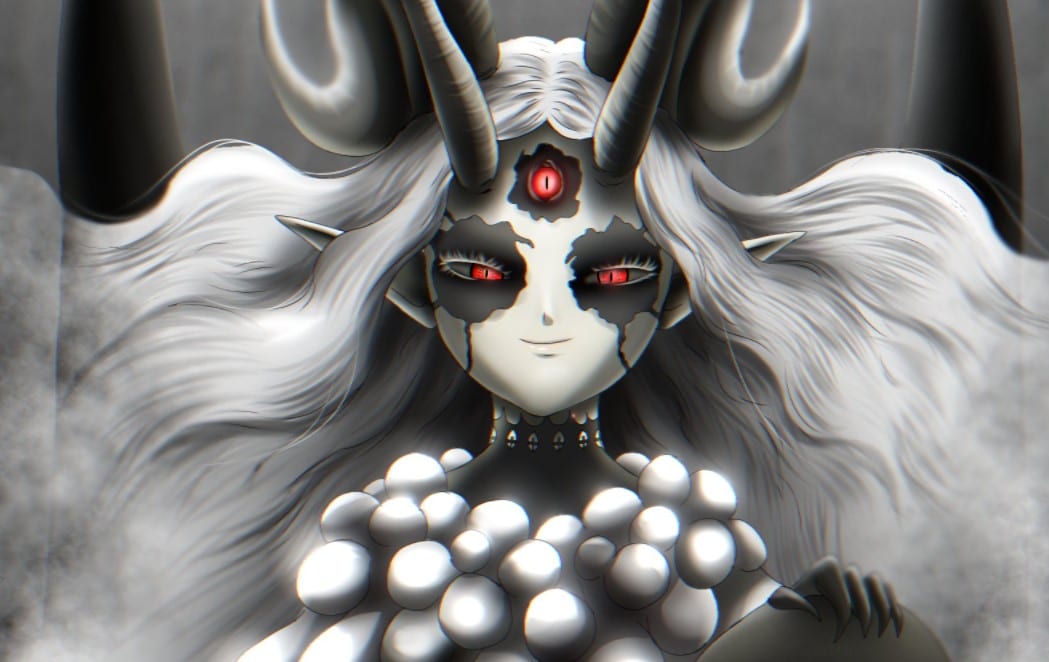 Noelle releases Sea Dragon’s Roar that begins to swallow Vanica’s Red Beasts as the battle continues. Noelle surprised Vanica by attacking her with the same hit that her mother used in their last fight. The sword pierced through her stomach, and Vanica felt that it is a killer blow. A few seconds left for Noelle to finish Vanica, and she promised that she would kill her in 30 seconds.  In the present day, Noelle can’t believe that she was fighting with Vanica ever since she arrived in the Spade Kingdom.

Also Read: What To Expect From Getter Robo Arc Episode 1?

Megicula took over Vanica’s body and became one thing with Vanica. Megicula reveals that she will get her manifestation after getting all of  Vanica’s powers and Lolopechika’s death. Gaja shouts Lolopechika’s name after realizing that Megicula wants to finish her. Lolopechika has also gained a new form, and Gaja decided to save her. Black trees continue to grow inside the room as Gaja charges towards Lolopechika. The Supreme Devil Megicula comments that if these two humans die together, they will rest in peace.

But before their death is guaranteed, she will let them play around and then kill them with a single blow. Noelle gets furious and shouts Megicula’s name. The chapter ends with Noelle, along with Gaja facing Lolopechika, who is still under the control of the curse. Let’s find more in the next chapter if the duo saves Lolopechika and defeats the Supreme Devil Megicula. Don’t miss the next chapter; take a look at the Black Clover weekly release schedule below.

Black Clover Chapter 298 release date is 4 July 2021, which you can read officially on Viz.