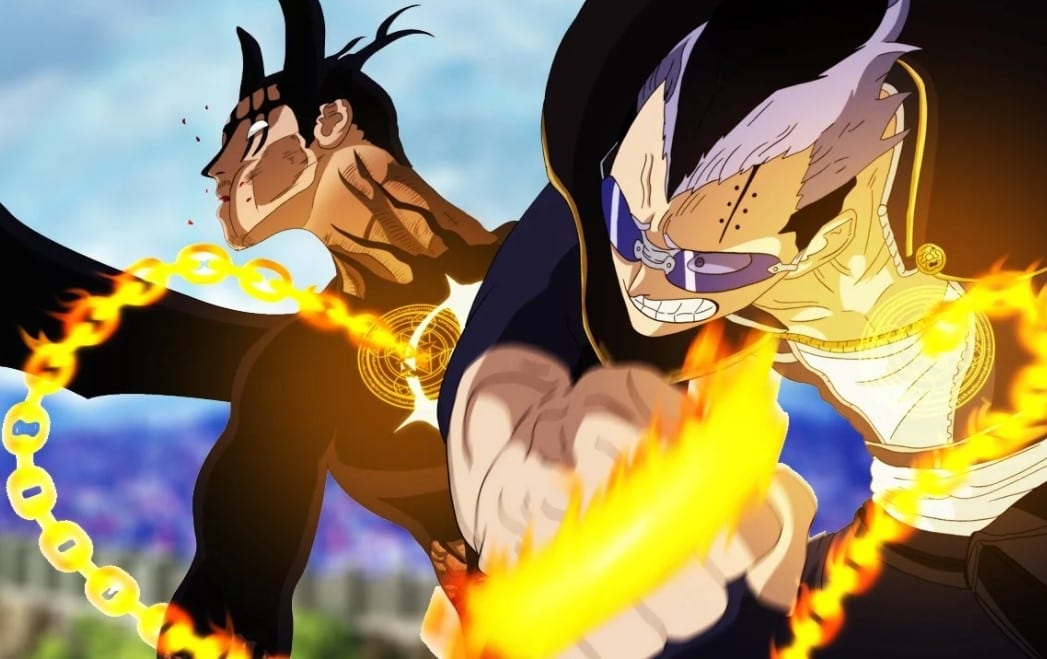 Black Clover has returned from the weekly break. But after the release of the upcoming chapter, the Manga will take another weekly break. The battle continues at the Spade Kingdom; Asta has already taken down two Supreme Devils. Nacht realizes that they have to take down Dante and Megula before the second gate opens. Manga and Zora have arrived at a room where Jack the Reaper is fighting with Dante. Manga vows that he will take Dante down. The chapter is titled Knowing.

Jack got furious that they are getting in his way since he wants to slash Dante. Dante reveals that the likes of Magna and Zora don’t stand a chance to entertain him. Six months ago, before the battle, Magna begged Zora to teach him to fight like him. Magna reveals that Gaja from the Heart Kingdom told him that his magic was too low and he can’t use the mana method to fight. Magna reminds Zora that he is just like a peasant like him who can’t fight nor land a heavy blow.

Zora is not pleased with the way Magna asks him to train him. He doesn’t like it when someone bows infront of him. He told Magna to stop, but Magna comments that Luck will get stronger and leave him behind. Magna said that he couldn’t let his rivalry surpass him, and he can’t let the Black Bull down. Zora realizes that the guy infront of him is a peasant with Flame Magic, and he is a Magic Knight.

He waved his hand and told Magna that he would train him, but he has to stop kneeling and bowing. Zora realizes that the two of them can find something new together. He asks Magna to follow him and Magna said yes, sir. They entered a room that is full of mess and papers everywhere on the floor and wall. Magna asks Zora what this place is. Zora reveals that it is his secret basement.

He also talked about counter-trap spells. Zora shows Magna how the peasants build super complicated arrays in advance. Magna thought that they are going to get involved in combat training. But he is surprised when Zora gives him a piece of paper and a pen. He realizes that it is learning time, and he begins to learn more about mana and arrays.

Gravity Magic of the Demon King 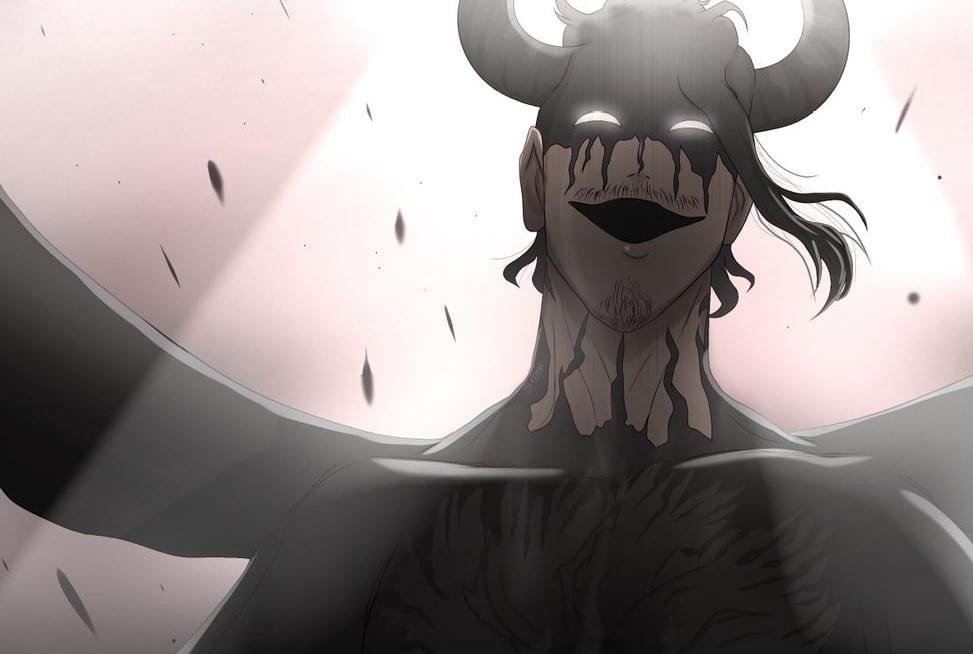 During his studies, Magna realizes that he uses spells without even learning them. After long hours of learning, Magna realizes that this is taking time. He said that ” Yo, Zora, My Man!! How about this Array” and Zora replies that ”Who’s your Man.” Magna smiles, and Zora told him that this needs a lot of time and patients. Magna decided to cool down and take his time. In the present day at Spade Kingdom Castle, the duo attacks Dante. Magna attacks with a new spell called Secret Flame Magic: Soul Death Match.

He choked Dante with chains and told him not to mess up, or he will go crazy. Magna comments that the chain is their souls, and Jack was like no way could a peasant use a spell-like that. Dante thought that this peasant is bluffing, and he attacks Magna with Gravity Magic: Heavy Infighting. Magna dodges the attacks like a person swinging a sword.

Dante decides not to give him a chance to recover and attacks with the Gravity Magic of the Demon King. The attack didn’t work on Magna, who said he has the same energy as Dante. He landed a heavy blow that cut Dante to half but Dante regenarate. Dante comments that Magna can’t defeat him as long as he keeps on regenerating. Magna comments that it doesn’t matter if his enemy is the boss or immortal. He landed a powerful punch that breaks Dante’s nose.